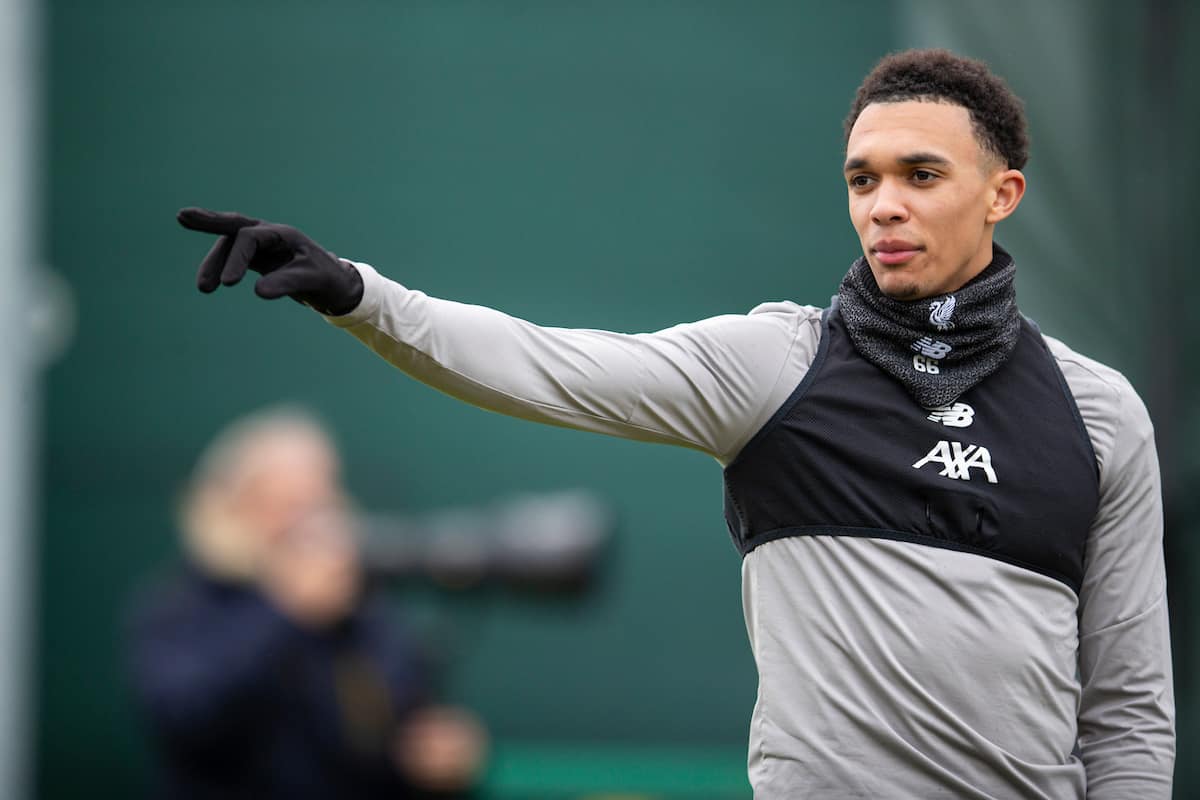 Liverpool are back in training and preparing to finish the job of winning the Premier League title—but the team aren’t aiming to just do the bare minimum.

The Reds were phenomenal during almost the entirety of 2019/20 before the coronavirus pandemic halted all sport, seeing off every challenger to establish a monster lead at the top of the league.

Only Watford, on a rare but dismal off-day for Jurgen Klopp‘s team, managed to secure three points against the Reds across 29 games—27 of which were won.

That sort of consistency and determination still, arguably, doesn’t get the recognition it deserves—and Trent Alexander-Arnold says the group have no intention of letting that fantastic run be forgotten by merely limping over the finish line.

The Reds have nine games remaining and there is just one objective: win them all, if possible.

Speaking to Sky Sports, our right-back explained that the team are playing catch-up like everybody else right now, but once the action starts it’s all about regaining that consistency, immediately.

“It’s good to be back out there with the boys,” he said.

“We have a lot of things to recap on and there’s a lot of games in a short space of time and a lot of fitness to try to catch up on.

“It’s difficult, it’s intense, but it’s good to be back.

“I’d say [we can hit the ground running]. You can’t predict what’s going to happen and I can’t sit here and say we’re going to win all the rest of our games but that’s what we’re aiming for.

“We’re not training to just cross the line, we’re training to win every game we have left. Out of nine we want to win them all. Whether we do or don’t, that’s our aim.”

Klopp has always preached the importance of training and playing at maximum intensity, not just for the big games, so it’s encouraging to see the message still coming across even in these unusual circumstances.

There’s more at stake for the players, too: some will be wanting increased game time, to secure their place for next season or to play a meaningful part in a title-winning campaign.

As a result, regardless of no fans at home, playing at Anfield or elsewhere, we can hope and expect to see the same old Liverpool when games restart—beating everybody else in sight.