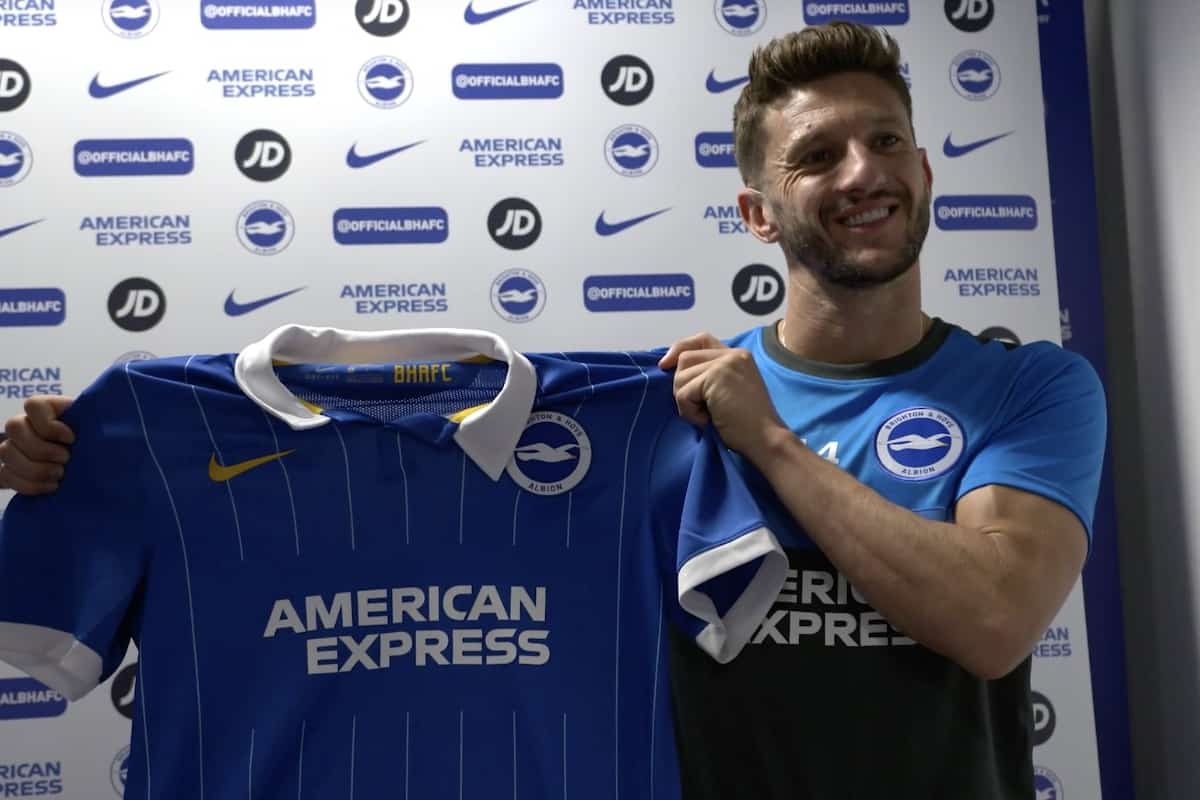 Adam Lallana has joined Brighton on a long-term deal following the expiry of his contract with Liverpool, ensuring the 32-year-old remains in the Premier League.

Lallana leaves the Reds after a six-year spell on Merseyside, having joined the club from Southampton in a £25 million in 2014.

Despite having made 178 appearances during his time at Anfield, only 53 of those came in the past three campaigns, with injuries and competition for places seeing him drop down the pecking order.

This season saw him tally his highest number of outings in the Premier League since 2016/17, with 15, which earned the veteran a title winner’s medal.

The decision to leave, with Jurgen Klopp eager to keep him, was fuelled by a desire to play regular first-team football, telling the club’s official website: “I still feel like I’ve got two or three years left at the top.”

With Brighton securing their place in the Premier League for at least another season, Lallana will be one of their marquee signings ahead of 2020/21.

He has signed a three-year deal with the Seagulls, which will take him beyond his 35th birthday, and he has been offered a pathway into coaching at the end of his time at the Amex.

The likes of Leicester, Arsenal, Tottenham, Burnley and even Everton were also mentioned as potential suitors, but the St Albans native has opted for a return to the south.

Despite competition from the likes of Davy Propper, Dale Stephens, Aaron Mooy, Yves Bissouma and Pascal Gross, Lallana can expect to play plenty of football for Brighton, who are building well for next season.

With Liverpool target Ben White set to return after his breakout loan spell with Leeds, Graham Potter could have already secured two great additions at either end of the age spectrum.

Lallana should take up a leadership role with the Seagulls, as though Lewis Dunk is settled as captain and vice-captain Glenn Murray is tied down to 2021, it is an ambitious squad that could be more closely tied together.

Liverpool’s old No. 20 was regularly praised for his influence both on and off the pitch with the Reds, and now he can continue his work at Brighton.

All the best, Adam!