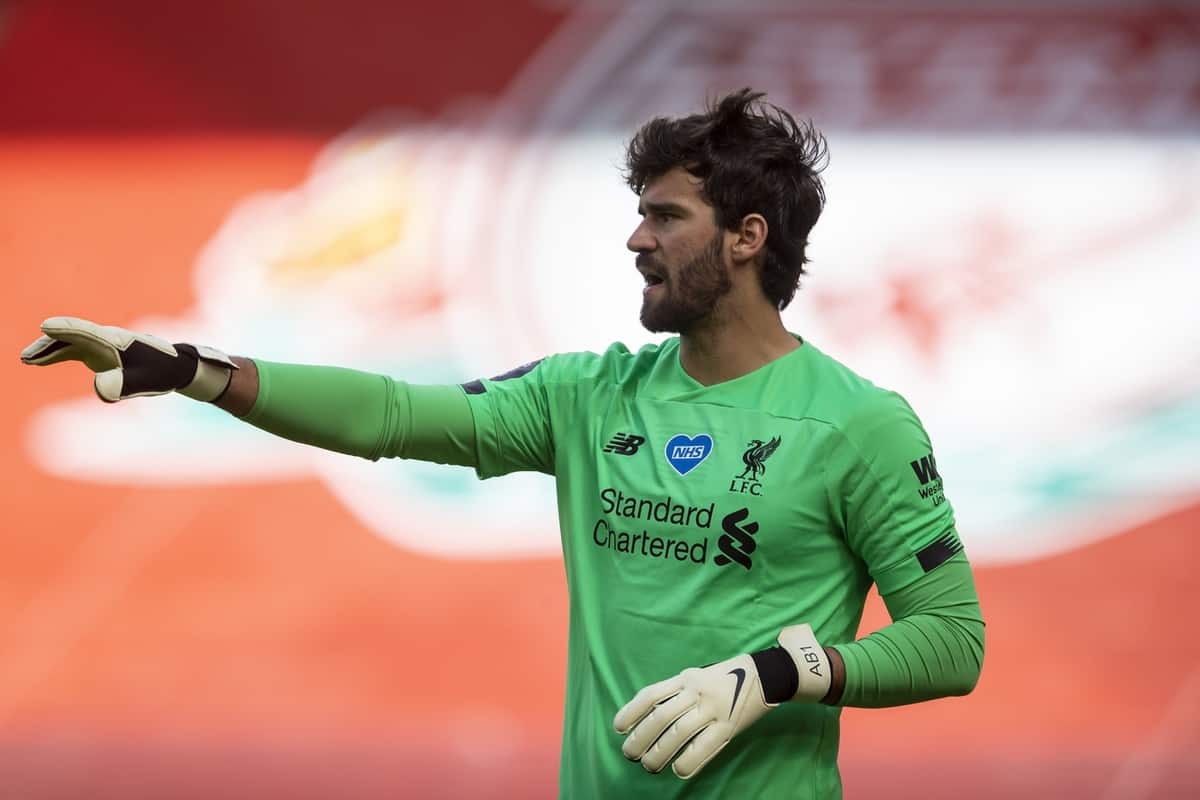 Andy Robertson has highlighted Alisson‘s contribution to another win and clean sheet for Liverpool, beating Aston Villa 2-0, saying he is “the best goalkeeper in the world.”

The Reds’ last game before football’s suspension was marked by Alisson‘s absence, with Adrian struggling in the Champions League exit at the hands of Atletico Madrid.

But having recovered from his injury problems over a three-month break, the Brazilian has returned to top form between the sticks, keeping three clean sheets from four games since the restart.

It can almost go unnoticed at times how influential Alisson is, but Jurgen Klopp has been eager to praise his No. 1 for keeping Liverpool in games in recent weeks, and Robertson did similar after Sunday’s win over Villa.

“We never take Ali for granted and he’s the best goalkeeper in the world by a country mile,” the left-back told the club’s official website.

“Even when he’s not got a lot to do, he still stays alert when balls are in behind and he’s clearing the ball.

“Sometimes people who just come and watch maybe forget about that stuff and easily can take him for granted—but we definitely don’t.

“That’s what he’s there for and what he gets paid for I suppose, but when he does that, it gives us confidence.

“We have all the confidence in the world in him.”

Alisson could become the first goalkeeper to win back-to-back Golden Glove awards since Joe Hart in 2013 if he beats off competition from Nick Pope, Ederson and Kasper Schmeichel to record the most clean sheets in the Premier League.

The last Liverpool goalkeeper to win the award was Pepe Reina, who kept the most shutouts in three consecutive seasons from 2005/06 to 2007/08.

The Reds’ No. 1 is currently tied with Pope on 13, which is remarkable considering he has made just 24 appearances in the top flight this season, with the Burnley ‘keeper featuring 33 times.

His restricted outings means he is unable to beat last season’s record of 21 clean sheets, but there remain five more on offer including a home clash with the Clarets on July 11.

With the title already won, Liverpool can look to end the season in the best possible fashion, and for Alisson, that would come with winning the Golven Glove once more.