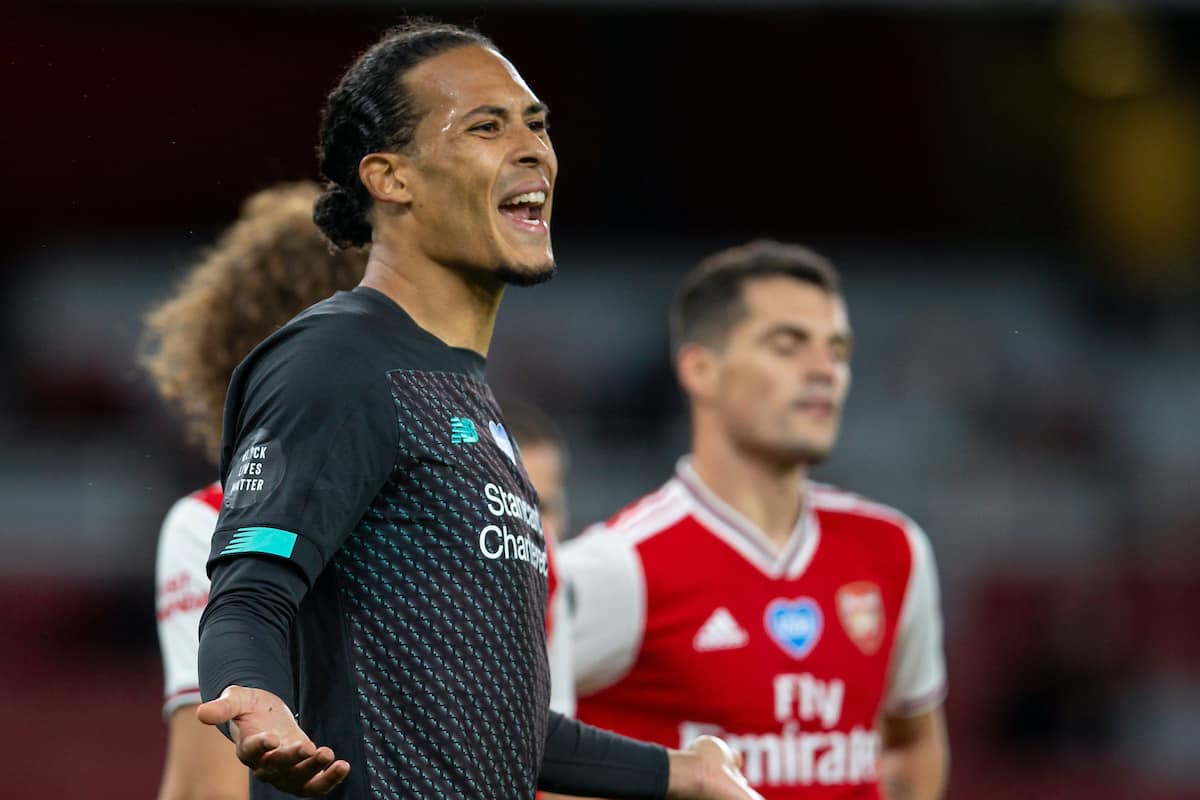 Jurgen Klopp‘s champions took on the Gunners at the Emirates, knowing only a win would keep their hopes of a record Premier League points haul alive.

Sadio Mane‘s well-taken opener was the ideal start, but from that point on, it went horribly wrong.

Alexandre Lacazette and Reiss Nelson were gifted goals by Van Dijk and Alisson, respectively—their only two shots on target in the whole game.

Liverpool huffed and puffed for an equaliser, but the intensity and focus was never quite there, summed up by the individual errors. 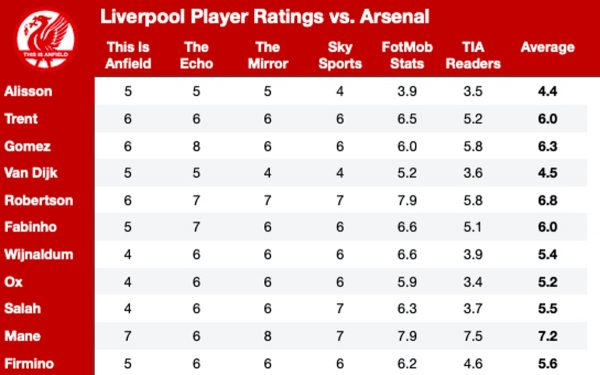 Sadio Mane (7.2) was Liverpool’s standout performer in the average ratings, once again outlining why he is arguably his side’s Player of the Year.

The Senegalese never stopped trying to create opportunities in the second half and he took his goal in typically calm fashion.

Robertson (6.8) came second in the rankings, providing the assist for Mane and bringing more attacking thrust than most.

Ian Doyle of the Echo felt the 26-year-old was a “regular outlet down the left” throughout, as he played better than he has for much of the post-lockdown period.

Lusby claimed it was “arguably his best display since the restart,” while Doyle said he “couldn’t do much about the mistakes around him.”

The lowest-rated player at the Emirates was Alisson (4.4), just pipping Van Dijk to the bogey prize. Has that ever happened before?

Next up for Liverpool is the visit of Chelsea next Wednesday, on a night that will see Jordan Henderson lift the Premier League trophy aloft on the Kop.