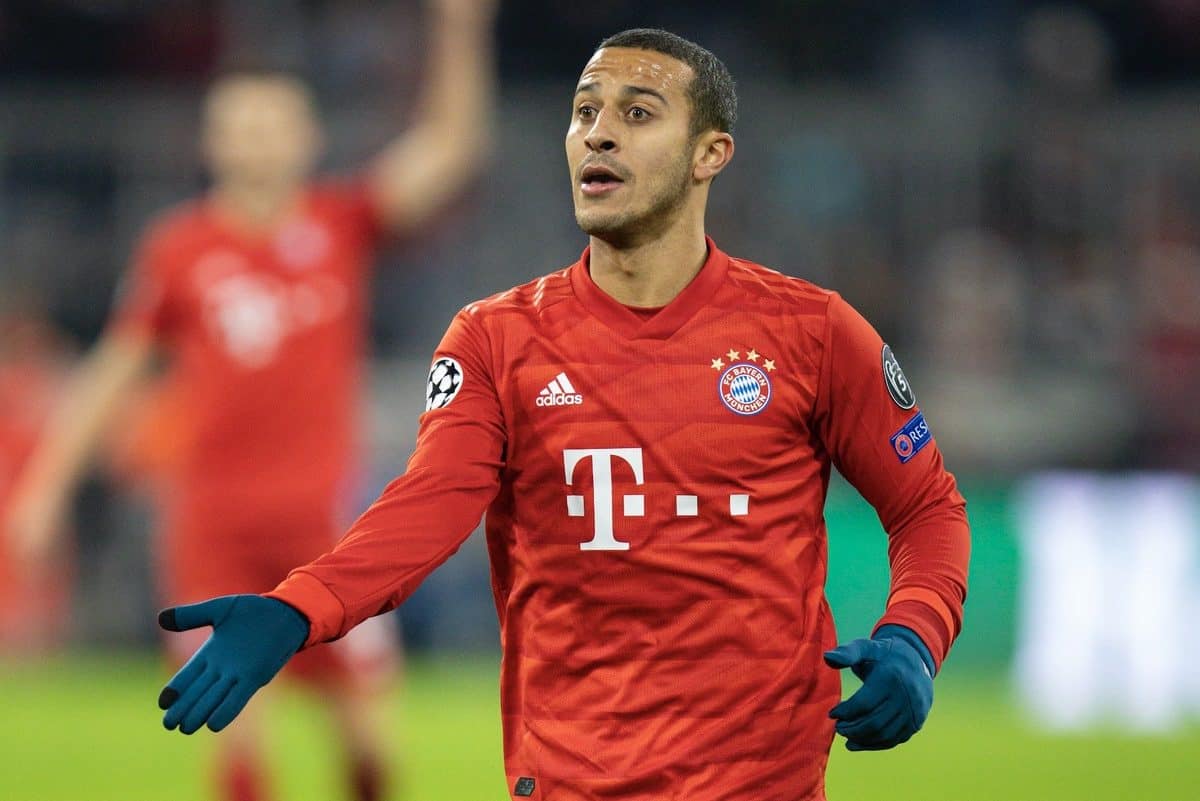 Bayern Munich have reportedly dropped their valuation of Thiago Alcantara by €10 million, with their new price tag significantly closer to the fee outlined by Liverpool.

The Reds’ pursuit of Thiago has remained on the backburner as the campaign comes to an end, with Jurgen Klopp, his staff and his squad now on a two-week holiday.

That is unlikely to be the case for Michael Edwards, of course, with this seven-week period arguably his busiest, with the transfer window now open and next season due to begin on September 12.

Liverpool are not expected to bolster their ranks on a grand scale this summer, with the club still assessing their financial situation as football edges closer to normality.

But there is a belief among journalists that a move for Thiago could happen—particularly those in Germany, where the 29-year-old midfielder is currently based with Bayern.

The club are already said to have agreed personal terms with the Spaniard, but there had been a standoff between Liverpool and Bayern when it came to the transfer fee.

According to Sport Bild, Bayern’s price tag is now set at €30 million (£27.2m), which is €10 million below their previous valuation—possibly due to their desire to sell before buying.

Bild had claimed that the Munich side were looking for €40 million (£36.3m), with Liverpool only offering €25 million (£22.7m), but this reduction presents a favourable situation for the buying club.

While the fee quoted is still £4.5 million more than the Reds are claimed to be willing to pay, that is a relative drop in the ocean regardless of the current climate.

If Liverpool are serious about signing a world-class midfielder like Thiago, that is unlikely to deter them, though that does not even factor in Edwards’ canny ability to negotiate a deal.

At 29, Thiago would be one of the oldest outfield players signed since Klopp took over in 2015, but he would still be an excellent addition to a title-winning squad.

The player is, by all accounts, eager to move to the Premier League—and Anfield in particular—so if Bayern’s price tag is being cut all signs point towards a bargain signing for Liverpool.

Speaking to Sky Germany last week, however, Klopp maintained his tight-lipped stance when it came to speculation over a move to Thiago, as with any other potential target.

“I have no idea who will play for me next year, there is nothing to say at the moment,” he said.

“Thiago Alcantara is a great player, but also a Bayern Munich player. That’s actually all there is to say. There’s nothing to say!”