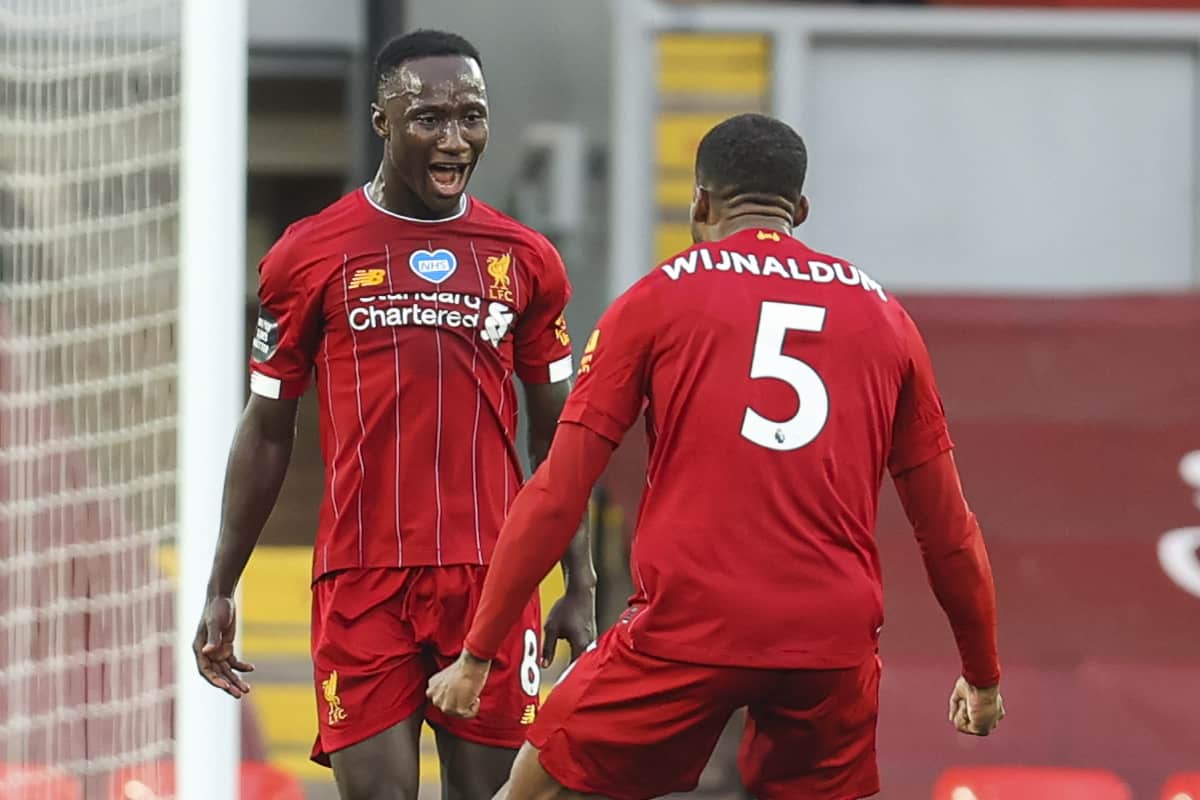 There were fireworks on and off the pitch as Liverpool ran out 5-3 winners in an entertaining match to prelude the Reds’ coronation as Premier League champions.

When you look back and marvel at Liverpool’s points tally of 193 across the last two seasons, it’s worth remembering the stunning record at Anfield which has played such a significant part.

While the home record is close to perfection, the numbers over the last two seasons shows just how dominant our amazing team has been. With yet another win today, it’s now just four defeats in those two seasons – with two of those coming after the Premier League title was already secured.

Other than City who are ‘only’ 17 points behind, our next closest challenger have 58 points less than Liverpool FC across the last two seasons.

A quick tip of the hat to Keita and Firmino

It’s fair to say Naby has divided opinion thus far. For a player considered so highly upon his arrival, his Liverpool career hasn’t yet taken off due to a mixture of indifferent performances and too many injuries.

But if his performances since the restart are an indication of what’s to come, his future might be very bright indeed. Far more influence, far more confident and now adding dynamism, assists and the odd worldy to his game. He was excellent again.

Meanwhile, as Trent equalled his amazing record of last season with his 12th assist of the season today, a shout out for Bobby Firmino.

Such a fantastic player, such an influence but without an Anfield goal all season. Thanks to Trent’s sumptuous delivery, Bobby has his goal his contribution has richly deserved.

Yes, we are a global club and we are very proud of that. But that doesn’t stop us from being immensely proud of the local lads who adorn the first team. From the Shankly days of Ian Callaghan, to the League and European Cup-winning captain Phil Thompson.

From David Fairclough and Terry McDermott’s heroics to Steven Gerrard’s miracle in Istanbul and the goalscoring brilliance of Robbie Fowler, local lads have stamped their own legend on the club. Curtis Jones looks most likely to be the next to make the step up, (and gets his medal today as he made his fifth appearance) but in the meantime we’ll have to “make do” with the brilliance of Trent Alexander Arnold.

A celebration that crosses generation

The current situation may have kept our brilliant fans from the stadium, but it allowed for a spectacle that may never be repeated in any stadium.

A gigantic theatrical stage sprawling out across the Kop was a majestic sight, the fireworks mirroring the explosive play of Liverpool all season.

And accepting there could be no crowd inside Anfield, what better way to end the 30-year wait than having King Kenny presenting the trophy to Jordan Henderson in front of a global audience of millions? I think it’s fair to say, there isn’t one.

For those of us old enough to remember that last title, it’s a title we have craved since our much younger days. All we’ve been able to do over those three decades is tell stories to our kids about how incredible it feels.

Now, Liverpool fans of all ages from age 3 to 103 were finally able celebrate together, to know THAT feeling. They need wait no longer.

To everyone associated with Liverpool Football Club, and especially Jurgen Klopp and the entire staff we thank you for not just making us dream, but for today, making that dream come true.