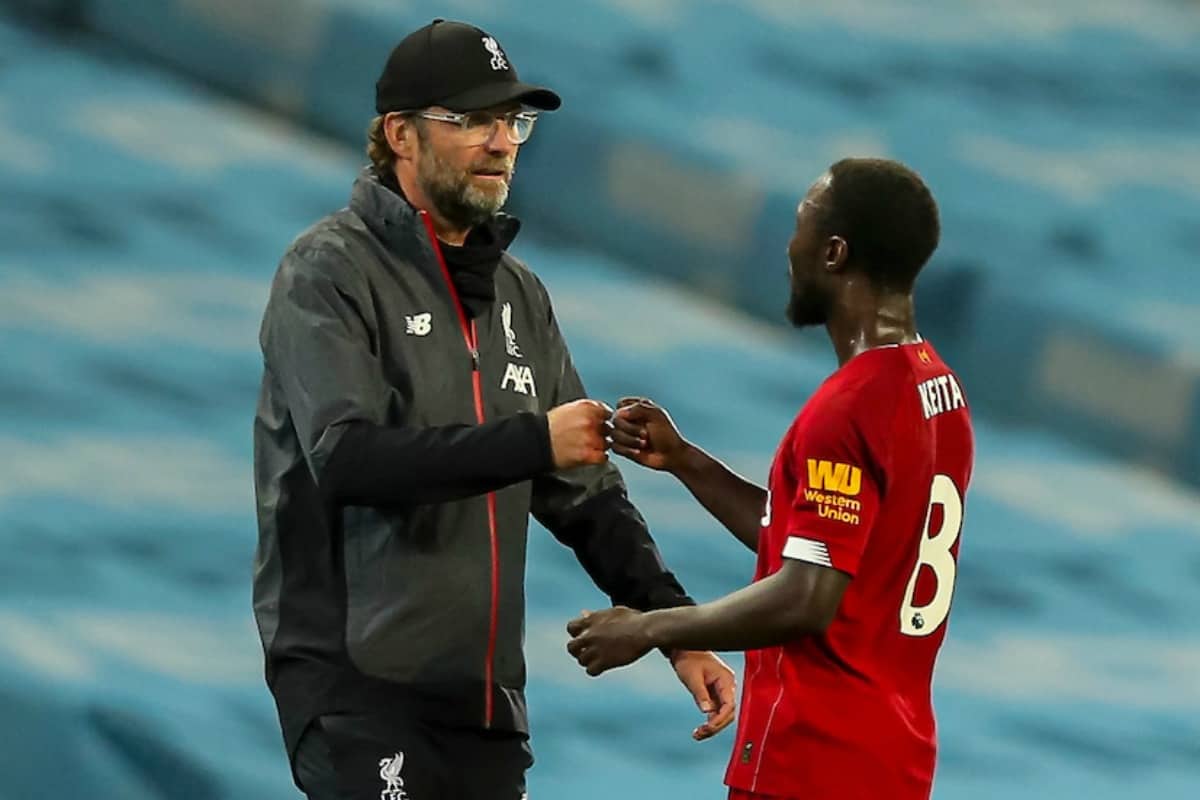 Liverpool manager Jurgen Klopp does not prolong the suffering for his players after a defeat as he is more concerned with finding solutions to the setback.

The newly-crowned champions lost only their third Premier League match in two seasons on Thursday as they were beaten 4-0 by Manchester City.

Unlike some commentators, pundits and fans, Klopp saw plenty of positives in the performance and stressed there was no point in berating players who had achieved so much with him already.

“I had so many setbacks so sometimes I needed more than one night [to get over the result] but not much longer,” he said.

“I cannot change the last result but I can use it, but you cannot stop feeling and a defeat feels really average.

“It needs time but sometimes human beings give themselves too much to suffer from something which didn’t work out.

“I am very self-critical and I give myself stick for stuff which a lot of times I don’t like but I was not a lot of time self-pitying because as long as I am healthy I can be influential on my situation and on our situation in this case.

“My players listen to me and depend a little bit on my mood. If I come in and shout at them like crazy then we can suffer longer.

“If you focus on the facts you can see it is done—’the boss is not obviously 100 percent happy but we are already working on a situation’.”

Even with that defeat Liverpool remain 20 points ahead of second-placed City heading into Sunday’s match at home to Aston Villa.

But despite having won the title in record time Klopp wants more.

“We lost at City so we have a lot to improve. The new situation asks for improvement. How do other teams react to us? We have to be prepared for that,” he added.

“There is a lot of space for improvement in my case: yes by watching more football games, I became a better manager by investing more time in it.

“By having better messages, more information for the boys to help them more then that’s what we have to improve.

“We are at a pretty interesting level but it is still possible to make it better.”