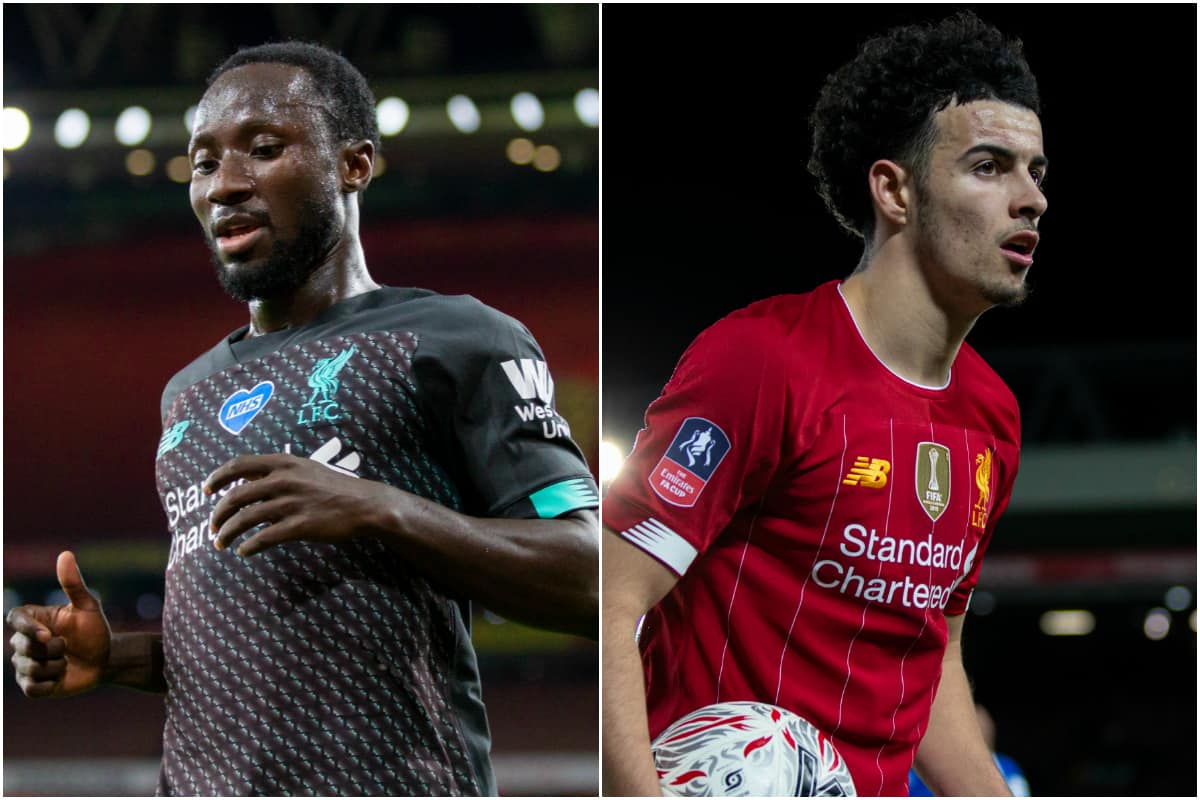 The Reds lifted the Premier League trophy on Wednesday night after a pulsating 5-3 win over Chelsea that saw Keita open the scoring with a stunning strike.

It was one of the No. 8’s best performances, as he continues a fine run of form since the restart, with Jones then taking his place with half an hour to play.

The teenager was involved in the final goal of the game, helping to kick off a breakneck counter that eventually saw Alex Oxlade-Chamberlain convert, with Andy Robertson‘s cross only just evading Jones himself.

That appearance guaranteed his Premier League medal, but for both Jones, who has played 11 times in all competitions this season, and Keita, who has featured in 26 games, next season should promise a more prominent role.

Klopp is certainly of that opinion, as he expressed in his post-match interview with Sky Sports, saying Liverpool “have the chance to make another step.”

“But with the changes, not only Curtis, but Naby played pretty much only the last part of the season. And how he played…unbelievable.

“So we have the chance to make another step, but we have to because the others will not sleep.

“Chelsea is such a talented team, good football, and we had to give everything on the pitch tonight.

“Then all the others, Man United, Man City anyway, so there are no guarantees for anything, but we will try.”

Klopp believes Liverpool’s main challengers next season will be City, Chelsea and United, and with the transfer window not likely to bring major changes to the squad, he is looking to the likes of Keita and Jones to step up.

That would be the ideal situation, and though a few additions would not go amiss, the manager stressed that his entire squad can still improve.

There is still the small matter of a season closer at St James’ Park on Sunday, of course, but it is clear Klopp now has one eye on preparations for 2020/21.

“Each player who played the majority of the games can improve. That’s how it is,” he said in his post-match press conference.

“The age group they are in, making better decisions, being clearer in whatever they do, being defensively better than everybody.

“But then there are other players that didn’t play that much.

“Naby’s a good example for that, Curtis Jones is a good example—we don’t want to make it too big, but he looks like he’s kind of ready—so that means we have space and potential for improvement and we will work on that obviously.

“Not tonight, but from whenever on. Now we have to have a party, then we recover, then we play Newcastle.

“And now we have 96 points it would obviously be really nice if we could get 99.”

Perhaps we could see both Keita and Jones start at Newcastle—particularly if there are still some sore heads among the senior players.