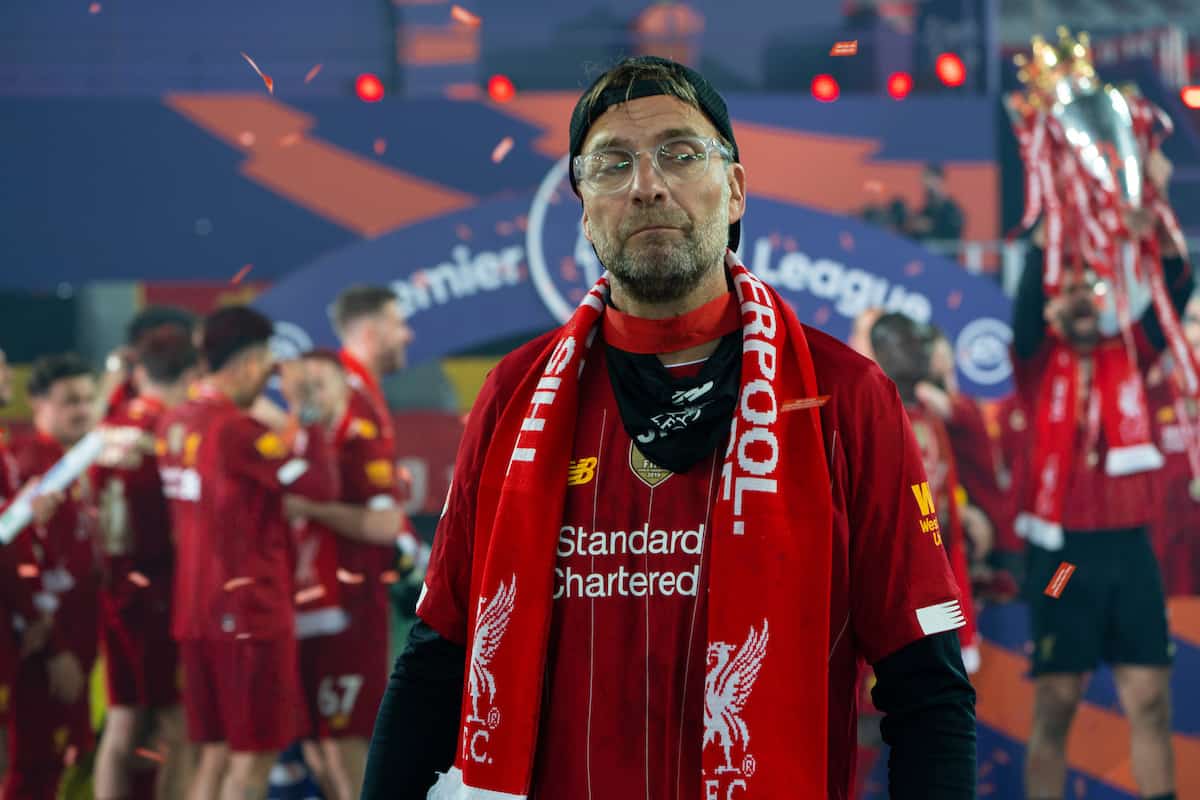 Jurgen Klopp has described the coincidence of Liverpool lifting the Premier League trophy with 96 points, indirectly honouring the Hillsborough 96, as “really special.”

The Reds pushed closer to their best-ever points tally with a 5-3 win over Chelsea on Wednesday, before lifting the trophy on their final night at Anfield this season.

Andy Robertson and Jordan Henderson later pointed out the significance of the ceremony-which saw Sir Kenny Dalglish hand over the trophy—being held after hitting the 96-point mark.

And asked about its importance in his latest press conference, Klopp described it as “really special,” while also reflecting on the joy of seeing his family for the first time in four months that night.

“I don’t believe too much in coincidences in life, to be honest,” he conceded.

“I didn’t realise directly after the game, but yesterday I tried to watch a couple of interviews from the boys, how they felt, because you only have your own view and I tried to catch up with everything I could.

“I think it was Trent, if I’m right, who saw the 96 points. In that moment I really felt it so massively, that things came together in this moment.

“And I said it after the game that we did it for our supporters, but it cannot be a coincidence that we had 96 points on the night that we got the trophy.

“It was really nice, and I hope all the families felt it exactly the same way. It made it really special one more time in that moment, so absolutely great.

“For me it was a great night, because our families were there, and that made it really, really special.

“They couldn’t watch the game in the stadium, but they were all waiting in different places, waiting for the moment they could get out.

“Then sitting there, seeing their loved ones down there in a very special moment for all of us, that made it absolutely extraordinary, and I’m really happy that we could have it like this.

“Everybody who was involved in that, who made it happen and organised all the things around, I couldn’t thank more.”