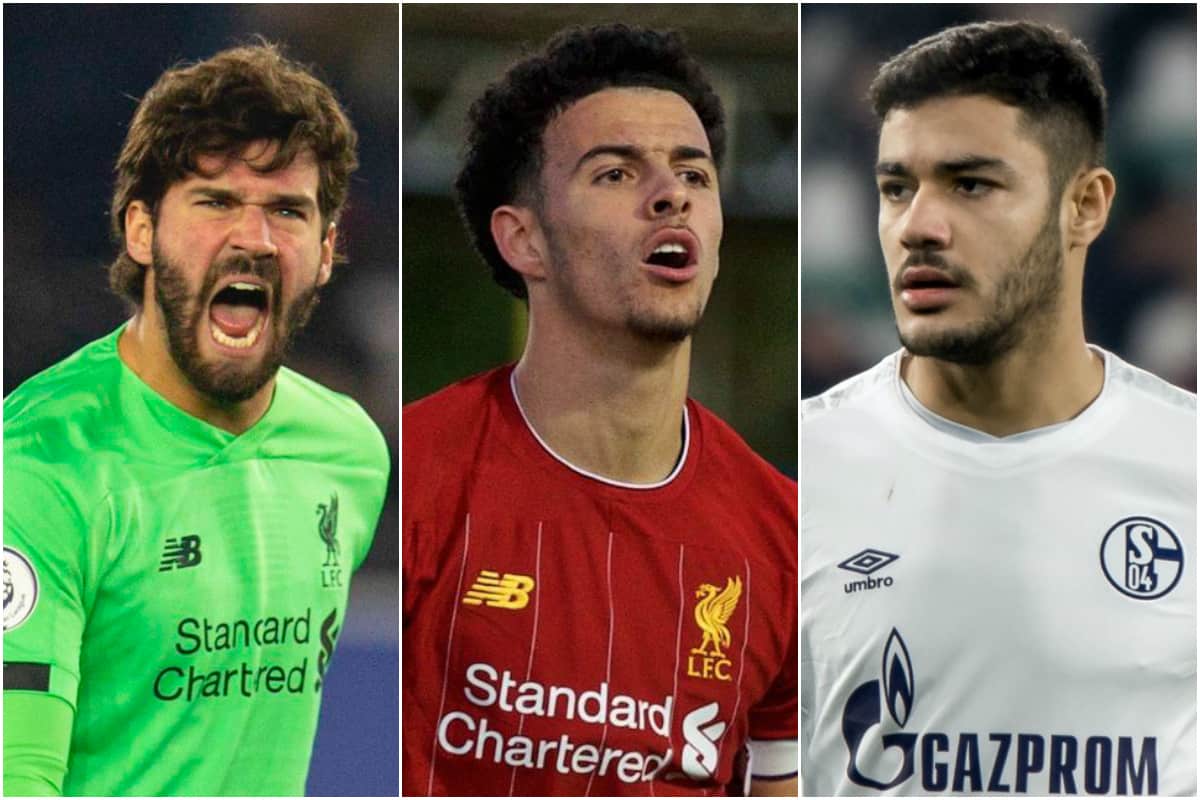 Liverpool are linked with both senior and Academy players on Tuesday as the current squad focus merely on continuing their silverware-winning streak.

Two summer targets for the future

Liverpool have been linked by Bild over the past few days with Turkish defender Ozan Kabak—now rival German media outlets are giving the move the thumbs up after consulting their own sources.

Kicker are latest to jump on board the train, suggesting the Reds have indeed initiated contact with Schalke and that €30 million is the price at which the Gelsenkirchen side will do business.

They’ve also unearthed a social media post from ages ago where Kabak hails Virgil van Dijk one of the best defenders on the planet – surely only a cynic would suggest that this is the source of their confirmation of interest, right?!

Lower down the foodchain, the Reds are hoping to bring in Northern Irish 16-year-old midfielder Charlie Allen.

The Yorkshire Evening Post report that Leeds United are hoping to do the same, but Liverpool and Spurs have both offered the teenager a trial.

Within the Northern Irish set-up, he’s rated as one of the most talented footballers in some time to have emerged.

Reds want nothing but more trophies

Speak to any of the coaches and many of the fans, and the best trait they’ll give you about this Liverpool side is their mentality: a never-say-die, always-want-more relentless beast of a team.

Alex Oxlade-Chamberlain exemplifies that today, saying that the squad are aware of the need to revel in the moment – but also in focusing on what’s to come next.

“The only thing in my head and the rest of the boys’ heads is ‘what can we do next season?’

“That’s the only thing we can think about now and if we have that mindset every year, we give ourselves more hope and more chance of having more nice conversations in 20 years’ time about multiple seasons and hopefully multiple trophies.”

With four trophies won in 13 months, some teams might sit back and appreciate what they’ve achieved, but this team simply want more.

Along the same lines of incredible mindsets, Pep Lijnders has spoken about Alisson‘s professional approach and understated leadership – which has asserted itself on several occasions this term.

Obvious move of the day

Nobody could see this one coming, right? Bournemouth are set to “discuss their options” over pursuing a legal challenge against the goalline technology error which led to Aston Villa drawing 0-0 with Sheffield United.

The Blades ‘scored’ but it wasn’t seen by Hawk-Eye, and Villa ultimately stayed up by a point ahead of Bournemouth, who had a better goal difference.

Alisson right up near the top yet again. What a stopper. What a man.

Who are the best (and worst) shot stoppers in the Premier League?

Here they are, ranked on their overall performances over the past three seasons. Lloris and Alisson are comfortably the best, whilst Kepa is
the worst by some distance. pic.twitter.com/feLYuT2l0A

Two from the Guardian:

And the writers’ best and worst players, games and more.