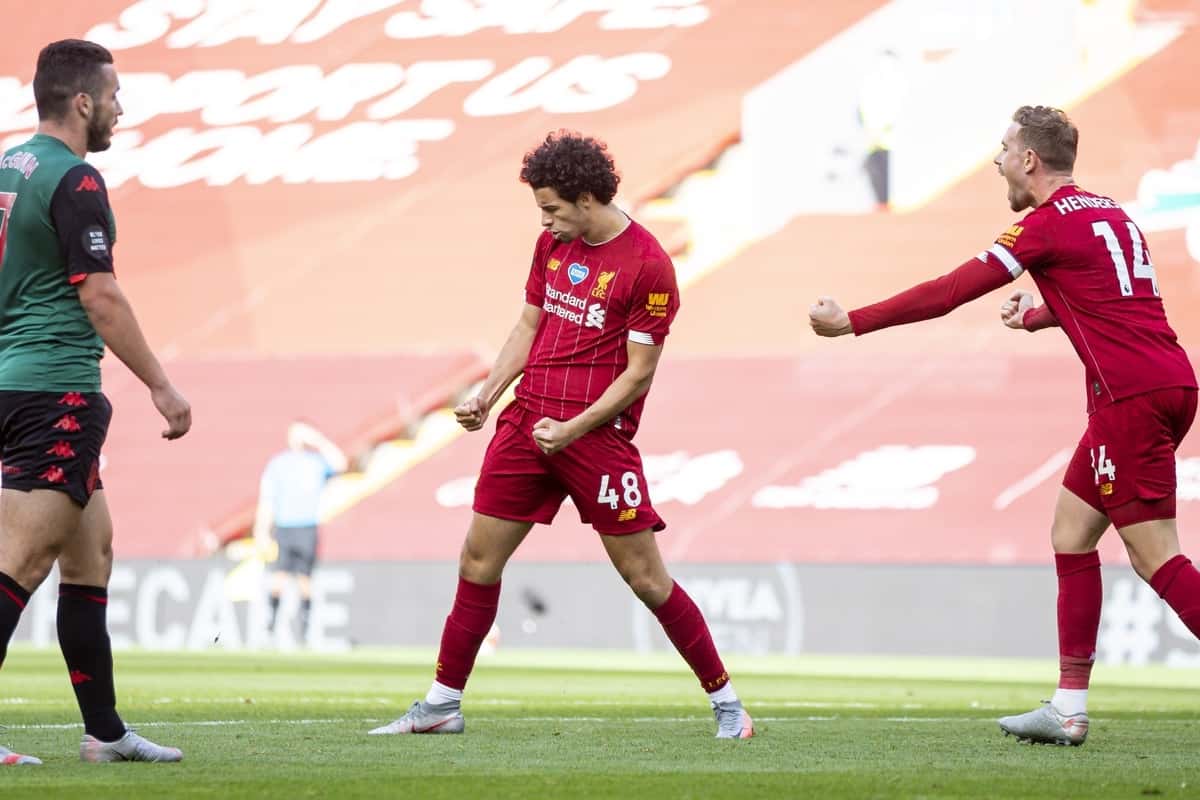 Liverpool’s dominance at Anfield was extended as both Sadio Mane and Curtis Jones etched their name on the scoresheet in a 2-0 win over Aston Villa.

Liverpool headed into a Premier League clash off the back of a defeat for just the second time as they welcomed an Aston Villa side fighting for their survival in the topflight.

Jurgen Klopp made just three changes to his starting lineup, while the afternoon also paved the way for an Anfield return for Pepe Reina who started in between the sticks for Villa.

And it was a first-half few will elect to give a second viewing with just one shot on target apiece, with Liverpool down on their trademark intensity and a clinical edge once again absent.

The Reds would only start to move through the gears after the manager introduced the three players who were taken out of the starting lineup, with Jordan Henderson and Roberto Firmino proving key.

The skipper injected much-needed impetus moving forward, and after 70 long minutes with little to see Reds rise to their feet, Trent Alexander-Arnold, Naby Keita and Sadio Mane combined for a rare moment of quality.

The latter then dispatched his effort into the roof of the net in what was his 50th goal at Anfield for Liverpool in all competitions.

And another milestone moment came the way of Curtis Jones, as within just four minutes of his introduction he had notched his maiden Premier League goal.

It capped off an otherwise lacklustre affair, with Alisson then pulling out a brilliant reaction save late on from Jack Grealish to secure his 13th clean sheet of the league campaign.

After making it 24 successive wins at Anfield and 57 unbeaten, all attention will now turn to the meeting against Brighton on Wednesday.