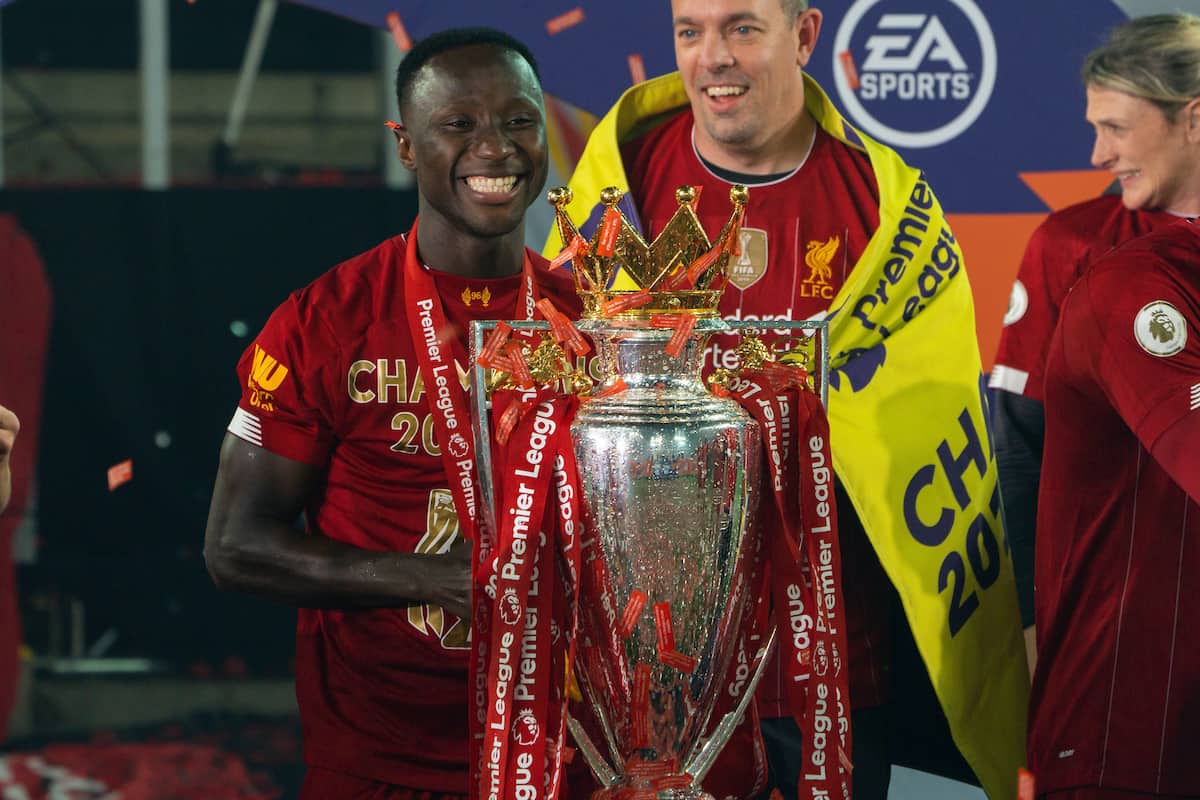 Virgil van Dijk believes Naby Keita is a “world-class” footballer, and fitness permitting clearly has high hopes for the Guinean next season after his strong end to 2019/20.

Keita was arguably the Reds’ standout performer following the Premier League‘s restart, featuring in all of the final nine games of the season and starting five.

He also doubled his tally of assists for the club during that nine-game spell, laying on goals against Aston Villa and Brighton, as well as scoring a stunner against Chelsea.

Jurgen Klopp has predicted big things for Keita next season, and while he maintained the caveat of fitness, Van Dijk echoed this sentiment in his post-Newcastle interview with LFCTV.

Van Dijk labelled the No. 8 “world class,” having seen his quality on a consistent basis both in training and on the pitch.

“I’m just very happy for Naby. Naby’s a fantastic guy,” he said, reflecting on the end of the season.

“He works so hard and he’s an outstanding football player. We see it week in, week out.

“Unfortunately, he’s been unlucky with some injuries, but hopefully he can stay fully fit for the next season.

“I think he’s world class, if I’m absolutely honest. I see all the moments when he has the ball, the smart moves, intelligence.

“It’s just incredible to see, and I’m very happy for him.”

While Keita’s talent is obvious, it is great to hear the regard he is held in within the Liverpool squad, particularly from a player of the calibre of Van Dijk.

The 25-year-old offers something no other Reds midfielder can, with his ability to drive forward with the ball and create chances giving Klopp’s side a different edge.

It has taken him time to settle on Merseyside, and he provides a fitting example for Takumi Minamino, with Klopp explaining after Sunday’s 3-1 win at Newcastle that “it needed time for everybody in this squad.”

Keita will be heading into his third season with Liverpool in September, and he is positioned to take up a more prominent role in the side.

It would appear that he is now being primed as a regular starter, which could provide major competition for both Gini Wijnaldum and Jordan Henderson—and, as rumoured, possibly even Thiago Alcantara.