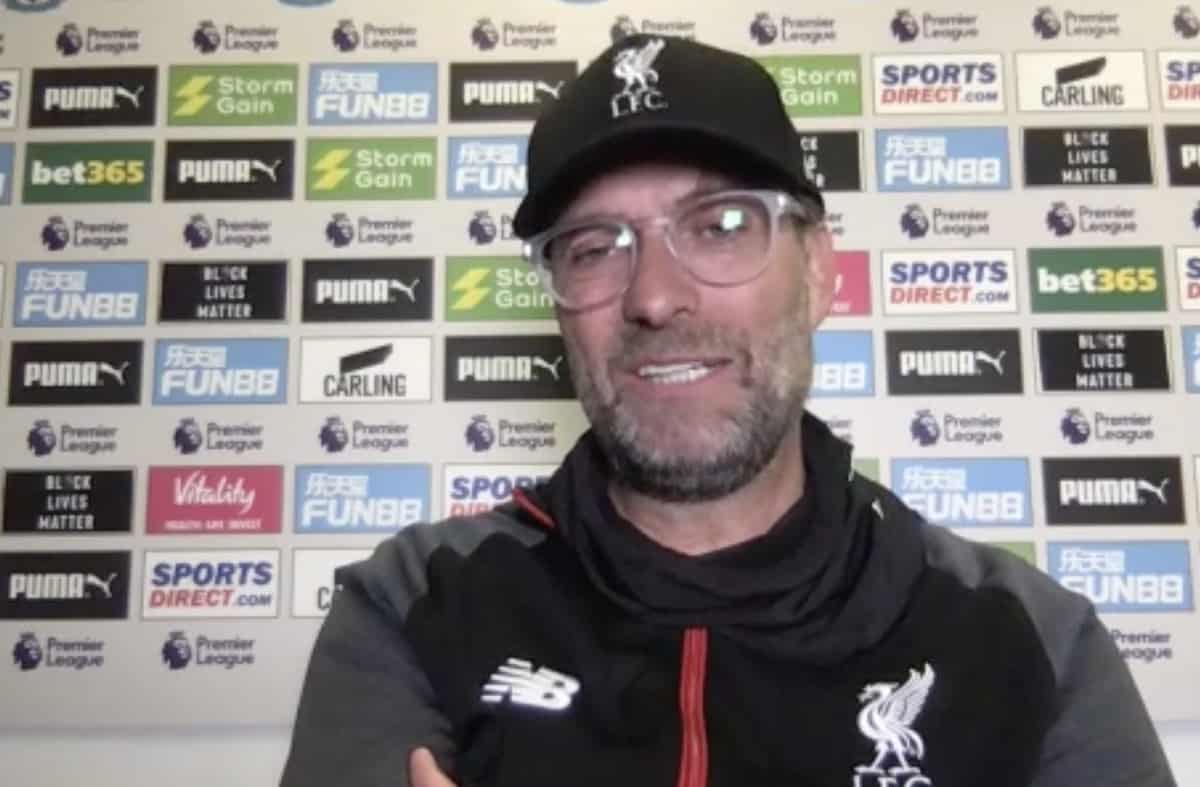 Jurgen Klopp was in fine spirits after Liverpool’s 3-1 win at Newcastle saw them end the Premier League season on 99 points, with the squad now set for a two-week break.

With the 2020/21 campaign set to start on September 12, the Reds have just seven weeks between kicking the last ball of their title-winning season and beginning their defence of the trophy.

Sunday saw Dwight Gayle score his fifth career goal against Liverpool, coming in the 26th second at St James’ Park, only for Virgil van Dijk, Divock Origi and Sadio Mane to turn the tide in the champions’ favour.

A 32nd win of the season means the Reds end 2019/20 with their best-ever points tally, and speaking after the game Klopp confirmed they are now set for a well-earned rest.

“For two weeks the boys will be completely off. No ball, nothing,” he told reporters.

“Because the lockdown was really intense, from a mental point of view, and these boys had to keep a fitness level pretty much for every possible return date.

“When we went into lockdown in March, I think the first possible date for a return was April 4, so we had to make sure we were ready for then!

“That was really intense for the boys especially, so now it’s two weeks with nothing, then somebody will tell us when the new season starts and we have to deal with the time we have.

“A lot of teams are now obviously still playing because of the Europa League and Champiomns League, which is really tough.

Van Dijk started his 38th league game for the second season running, and in doing so became the first outfielder to record the feat for Liverpool since Steve Nicol in 1989.

Klopp praised the centre-back for his ever-presence, revealing that it was his “big target” to play every minute in the top flight, with the last to manage that for the club being Martin Skrtel in 2010/11.

There were also words of encouragement for Takumi Minamino, who was substituted midway through the second half in his 10th league outing for the club, saying “everyone needs time.”

Perhaps fittingly, Klopp looked ahead to the future as he closed off another campaign, vowing: “We still have to write a couple of more chapters for this team.”