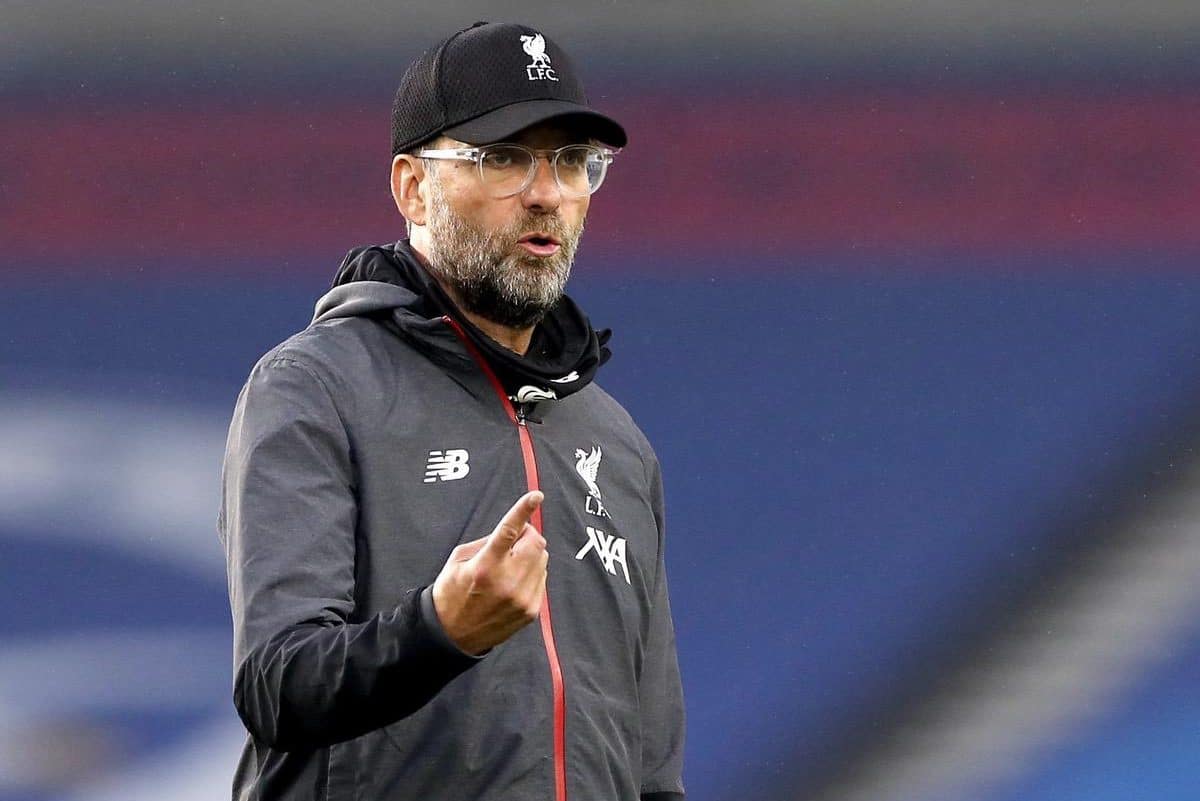 Jurgen Klopp was left frustrated by his side’s inability to turn chances into goals as Liverpool were left with only one point from their clash against Burnley.

The Reds had dominated proceedings with wave after waves of attacks, with Nick Pope, the upright and wayward finishing all denying Liverpool from adding to Andy Robertson‘s first-half opener.

And as Burnley have proven time and time again, they are rarely out for the count and Liverpool left the door ajar and paid the price as Jay Rodriguez equalised with 20 minutes on the clock.

It is just the fifth time the champions have dropped points this season in 35 games, but there was frustration in the air as three points passed Klopp’s side by.

The boss paid his respects to Burnley and their approach when speaking to BT Sport after the game, but could not overlook the fact his side should have wrapped it up long before the visitors struck back.

“I saw a really, really good game from my side for a long time during the game, but we left it too open for Burnley, we didn’t close it,” Klopp explained.

“We should have scored two, three, four goals at least and didn’t do it and these sort of situations against Burnley you never can defend 100 percent.

“The ref today let all these challenges happen and it was clear when the ball comes in the box and it’s dangerous and that’s how they scored the goal.

“Burnley did really well, they stayed completely in the game and were not bothered about conceding chances, they just did what they wanted to do so all respect for that.

“Of course it is frustrating, we should have scored much earlier.

“We warmed Nick Pope up during the game and at the end he was properly really warm, he made some sensational saves.

“That’s the problem that we have to mention these things [missed chances], it’s our fault. We should have closed the game, we didn’t do and these things happen.

“Burnley is a team with an outstanding attitude and two top strikers, they just offer constantly and go for each ball. For a long time during the game, it’s no problem, but it’s an intense period and then you see our last line not pushing up that far anymore.

“And then there is no offside, then they have challenges and bring their buddy and they get free kicks, and they had three or four corners in the first half and so it’s always dangerous against Burnley.

“That’s why you have to use your situations, from a footballing point of view that was one of our better games against Burnley because I can’t remember creating that many chances against them [before].

“But we stand here with only one point and that is not exactly what we wanted.”

The result means Liverpool continue their unbeaten run at Anfield but can no longer finish the season on home soil without dropping points, where a win against Chelsea would equal the all-time record of 18 home wins in one campaign.

The frustration on show after the final whistle from the boss, the players and fans alike show the standards this side hold themselves to but the all-time points record is still on the line for the champions with Arsenal next on the agenda on Wednesday.