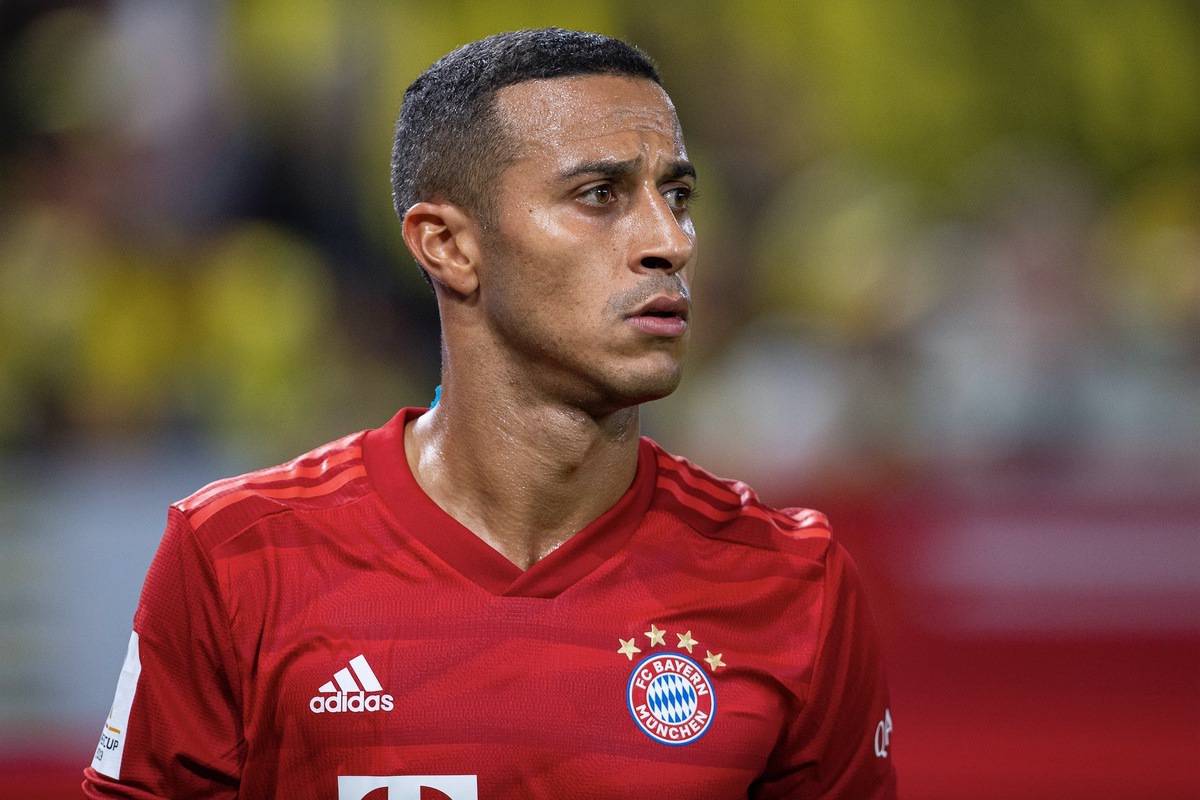 Bayern Munich CEO Karl-Heinz Rummenigge says Liverpool are yet to contact the German club regarding the potential transfer of midfielder Thiago Alcantara.

The Reds have been strongly linked with the Spanish midfielder for several weeks, but with Bayern having been focusing on the Champions League until Sunday night, when they won the final, no move or news was really expected.

Now though, matters could move quicker as Thiago heads off on a break, Bayern focus on off-field matters and the Reds draw closer to the start of their own season.

Always assuming they intend to act on their interest, of course.

For now, they haven’t done so—and Rummenigge seems perfectly happy to keep the media updated on the potential transfer on a regular basis.

“We always read a lot about Liverpool, but they haven’t contacted us yet,” he said to Bild.

Bayern have been reported as wanting at least €30 million for the 29-year-old, while the Reds supposedly want a lower transfer fee if it happens—as well as other midfielders off the books beforehand.

Whether or not a move to Liverpool emerges, the Bavarian club certainly expect him to leave.

He has one year left on his contract and Bayern don’t want to lose a player of his prowess on a free transfer, which likely explains the constant stream of updates about his availability.

While Bayern have been happy to wait a year to pick up players on a free or at vastly decreased prices, they don’t particularly want it happening with players they already own.

As such, drumming up interest in someone they know is off and hoping to rush clubs into a big bid is quite possibly the scenario we’re seeing unfold—with Rummenigge emphasising the probable departure even in his own opinion.

“Yesterday we had the meeting with our employees and his whole family was there, and they wandered around the square in great nostalgia [in the Allianz Arena], I would say.

“It looked a lot like goodbye, as if he had made up his mind.”

The patient approach works for Bayern, and it has worked for Liverpool, too.

A new season officially starting might be only days away, but there’s no absolute need to sign a player in the coming days when he’s now going to be on holiday for at least a couple of weeks.

Liverpool can bide their time over this move if, as has been reported, Klopp and the player have already made their mutual feelings for the deal to happen known.