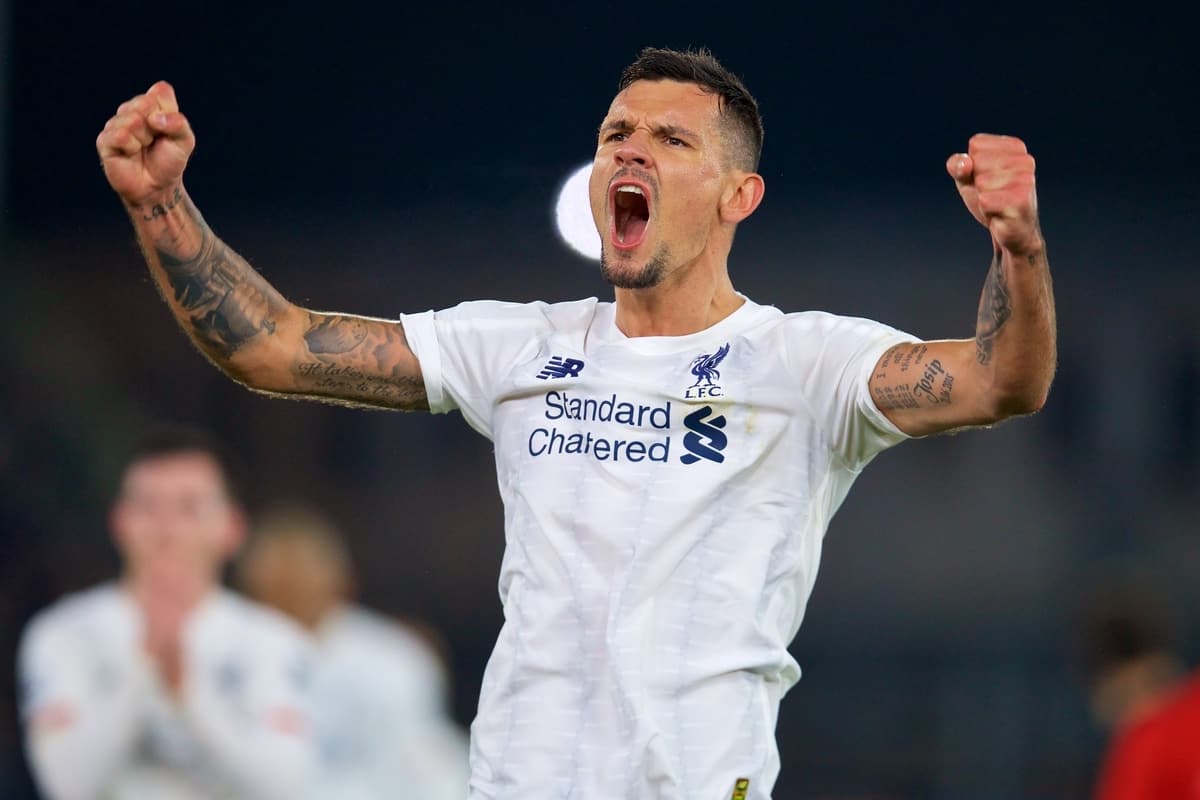 Dejan Lovren is already off the mark with his first goal for Zenit St Petersburg, with the former Liverpool centre-back scoring in his third consecutive win with the club.

After six years with the Reds, this summer was the right time for Lovren to bid farewell to Merseyside, as he pursued regular first-team football.

Joining Zenit in a deal worth £10.9 million, the Croatian has slotted into a key role in Sergey Semak’s back line, playing the full 90 minutes in all three of their games in 2020/21 so far.

His first outing came with triumph in the Russian Super Cup, a 2-1 victory over Lokomotiv Moscow, before a 2-0 win at Rotor Volgograd kicked off their Russian Premier League season.

Saturday evening saw a trip to FK Rostov, who finished fifth in the league last term but 27 points behind champions Zenit.

Zenit went 1-0 up in the first half through ex-Liverpool target Sardar Azmoun, scoring against his old club, before Lovren sealed the three points with a looping header three minutes from full-time.

Happy to score my first goal for @zenit_spb Tough game today, but well deserved win. Thank you to all the travelling fans who came today to support us. Spasibo ??

He took to Instagram to mark the occasion, writing “tough game today, but well-deserved win,” as Zenit keep their place at the top of the table, above CSKA and Lokomotiv on goal difference.

Lovren is yet to taste defeat, or even a draw, as a Zenit player, but faces a tough challenge next time out with CSKA the visitors on Wednesday evening.

He will be without Rakitskiy alongside him, too, with Semak likely to turn to 19-year-old Danila Prokhin as Lovren’s partner for the early title clash, which will test the elder centre-back’s leadership.

“The last 10 minutes was quite difficult, especially with one player down, but again we showed our quality defensively, all together, defending for every ball, so I’m quite happy.”

It is great to see Lovren settling so quickly at his new club, scoring while his former team-mates begin preparations for their title defence with pre-season training in Austria.

This vindicates his decision to move, as a lack of game time at Anfield was not beneficial to his career at 31.