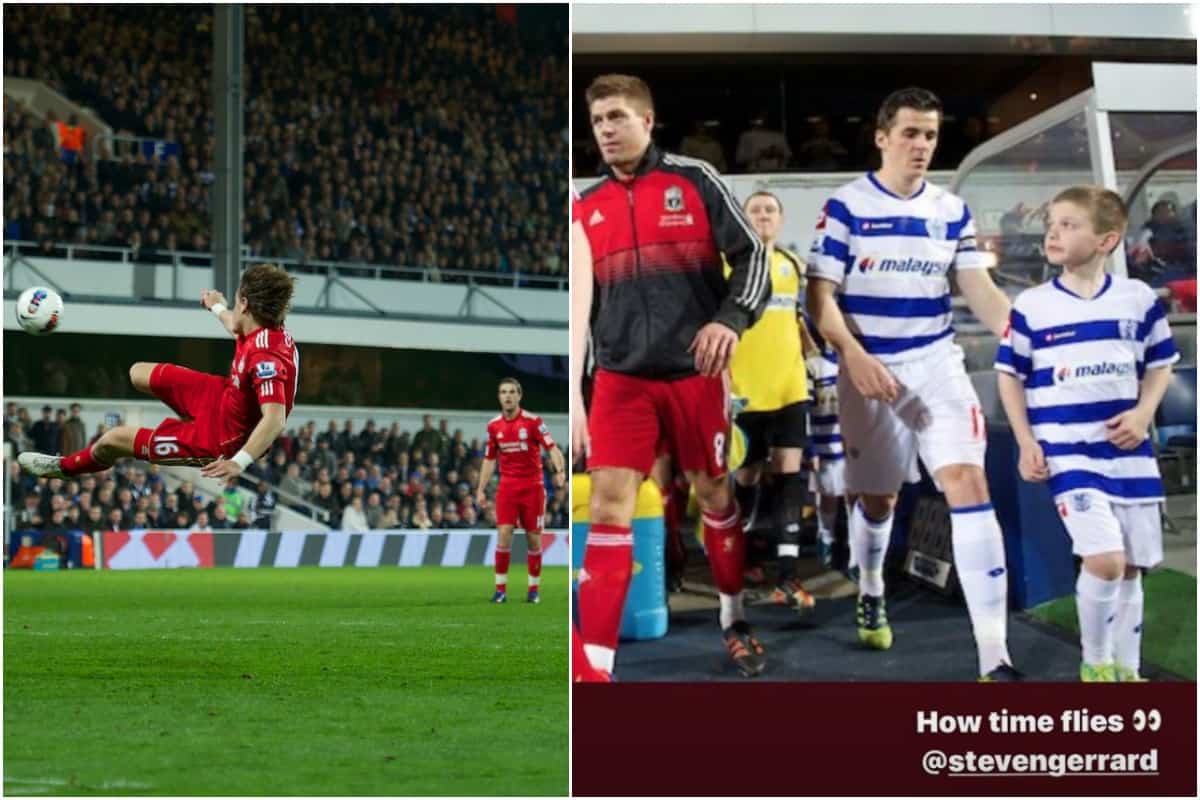 Harvey Elliott has shared a remarkable throwback to his time as a mascot for Queens Park Rangers, which saw him lead the team out opposite his Liverpool hero Steven Gerrard.

This is one which will certainly make you feel your age.

Elliott, now just 17 years of age and a Liverpool player, was just an eight-year-old when the Reds met QPR in the Premier League on March 21, 2012.

Kenny Dalglish was at the helm, Luis Suarez was in his first full season at Anfield, Jordan Henderson had joined nine months earlier and Gerrard was playing his 14th career season.

Elliott, meanwhile, was a member of QPR’s academy and as a boyhood Red had the chance to come face to face with his hero after being selected as a mascot for Liverpool’s visit.

He led the QPR side out alongside Joey Barton, but it was clear to see where his allegiances laid.

“My main hero I would say was Steven Gerrard,” Elliott told LFCTV. “I was lucky enough to meet him actually when I was a mascot for QPR vs. Liverpool – when Coates scored a scissor kick. 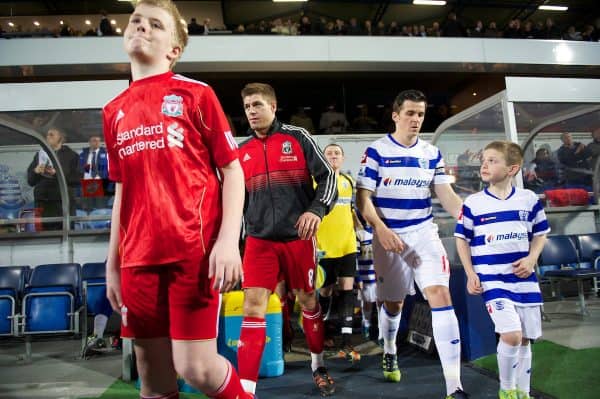 “I was there and I was playing for QPR at the time and I was lucky I was able to be the mascot for Liverpool [game].

“To obviously meet my hero, I think I actually did get emotional after it as well.”

The game for most will be remembered for Sebastian Coates coming off the bench to score a worldie of a scissor kick – a goal which looked to have set Liverpool on the way to victory.

But despite Dirk Kuyt adding another second-half goal less than 20 minutes later, QPR would score three in the final 13 minutes to snatch the win at Loftus Road.

Fast-forward over eight years and Henderson remains the only one at the club who was present on the field of play that day, not having the slightest inclination that the opposition’s mascot would later be his teammate.