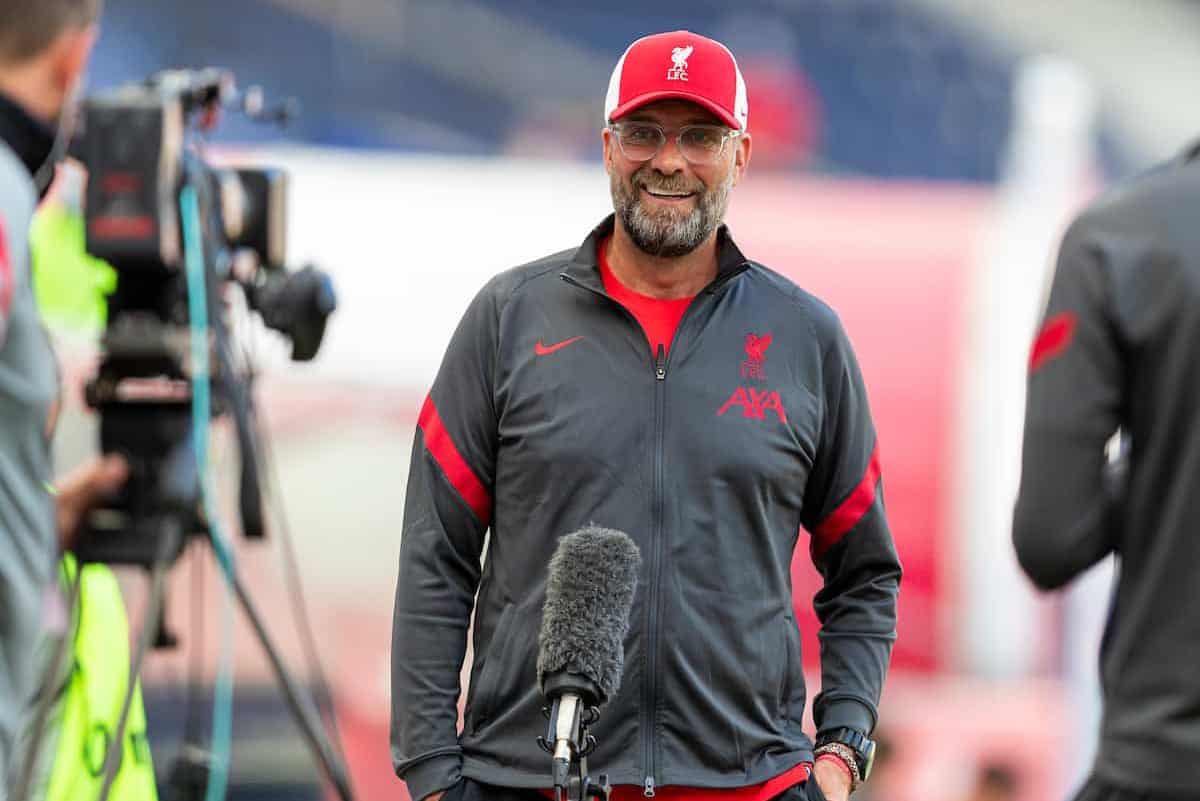 Jurgen Klopp is eagerly awaiting the intense challenge set to be posed by Salzburg on Tuesday as Liverpool continue to be put through their paces ahead of the new season.

Liverpool’s pre-season schedule continues with a meeting against last season’s Champions League group opponents Salzburg, a team that certainly gave the Reds a run for their money.

And the boss is hoping for more of the same at the Red Bull Arena as he is eager for his squad to be asked a number of questions as they gear up for the Community Shield on Saturday and the subsequent season opener against Leeds.

Changes in Salzburg’s attack have been made since their last meeting, however, with three key players departing, including Takumi Minamino.

A routine win came the way of the Premier League champions against Stuttgart, with two different XIs taking to the field on either side of half-time, but this time Klopp has hinted that players could be pushed beyond 45 minutes with time not on their side to be eased into games.

“A few players are still [at Salzburg] – defensively, I think nothing happened too much,” Klopp told the club’s official website.

“Obviously offensively we [now] have Taki, Haaland left and Hwang left as well, so three very dominant players for them. It will be interesting.

“For our build-up especially they will press us all over the place and that’s good. It’s what we wanted and when you play Salzburg you know you get a high energy and high-intensity opponent. We have to be ready.

“We will give some players a few more minutes so we can get closer to the 90, but I’ve said before, we cannot do less now because we play the game on Saturday; we have to prepare for a full season.

“After Arsenal, a lot of our players will go to the international games, so they have to play there then for their countries, so they now need proper training. The weekend will be tricky, but we will be as ready as possible.”

And Liverpool’s preparations are set to see them able to call upon a near full complement of players with no new injuries sustained during the wet affair over the weekend, meaning “the same squad like the Stuttgart game” are to feature on Tuesday.

That suggests Divock Origi, Xherdan Shaqiri and Loris Karius will remain sidelined, while Ki-Jana Hoever has not experienced ill effects from a rolled ankle.

On the camp itself in Austria, which was originally set to take place in Evian, Klopp spoke glowingly of being able to train with the majority of his squad over a sustained period as it will form the foundations of Liverpool’s bid to retain their league title.

“So far, I couldn’t be happier, to be honest, because 10 or 11 days ago we had no idea if we could go to a camp, we had no real solution. But thanks to our guys, with Ray [Haughan] and Phil Holliday – and thanks to OnSide, I have to say, who organised it here – it is unbelievable,” he added.

“It is one of the best camps we ever had – and nobody would have thought that a few days ago. It is absolutely great.

“It is not cool that in the moment we have one or two injuries; not massive, but enough, and for the players it is always bad and we want to have the pre-season for all of them.

“But so far, most of the things we could do with the majority of the players, so that helps – but it must do because in five days we will play against Arsenal and that will be a tough one.”