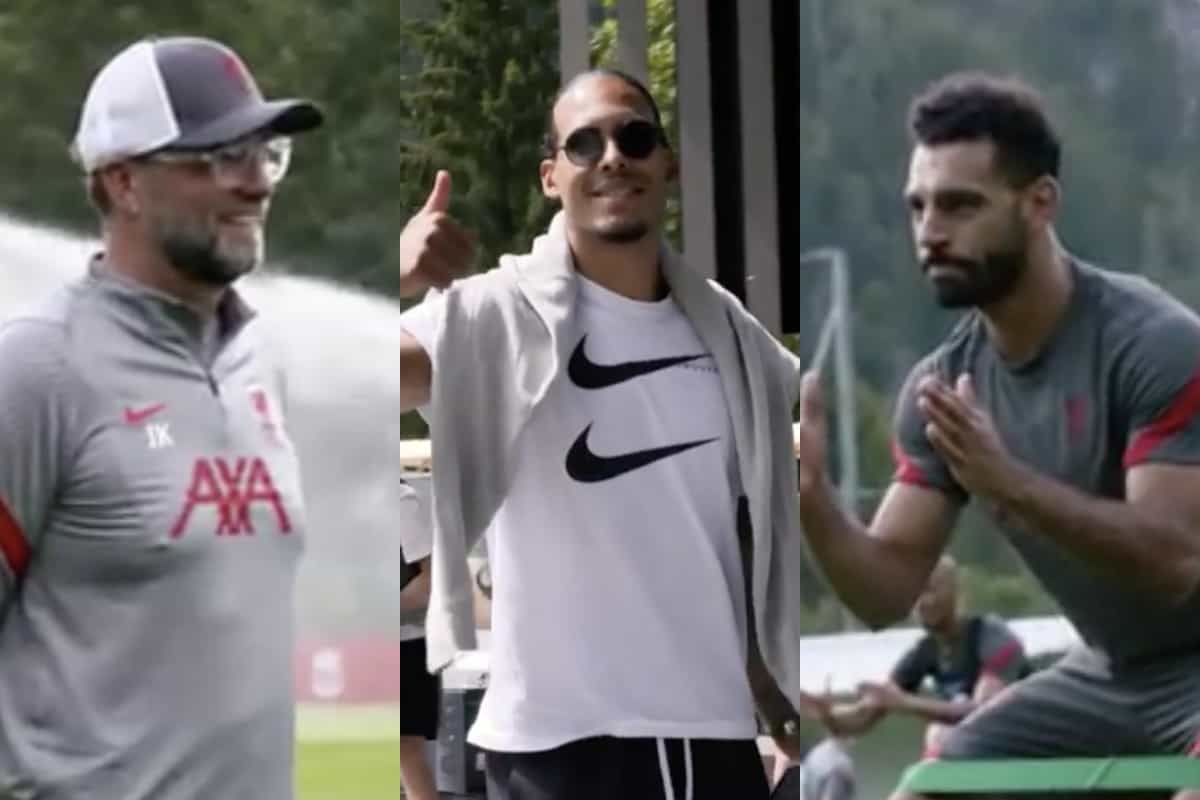 Premier League champions Liverpool FC returned for pre-season training on Saturday in the picturesque setting of Austria, with some ‘new’ faces among the squad.

Jurgen Klopp‘s side arrived in Saalfelden, near Salzburg, on Saturday morning, with many of the squad travelling from Liverpool but others arriving together after returning from holidays.

But there were also some returning faces in the squad, with goalkeeper Loris Karius, centre-back Nat Phillips, midfielder Marko Grujic and striker Rhian Brewster all back training with the Reds after loan spells away last season.

Brewster is expected to be part of Klopp’s squad in the coming season, but Karius, Phillips and Grujic are all available either on loan or permanent deals.

Academy centre-back Billy Koumetio is also in the training group, having signed his first professional contract this week.

Harry Wilson, though, was not part of the squad, with the Welsh winger instead expected to complete a permanent move away this week after spending last season on loan at Bournemouth.

There was also no Adam Lewis, with the academy left-back instead heading for France for a season loan at Ligue 2 side Amiens.

Fellow academy left-back Yasser Larouci, who impressed last summer, was also absent as the youngster is set to leave the club this summer.

Back to it ?? @LFC pic.twitter.com/x3uEV3ZJlE

Meanwhile, another returning face was Chris Morgan, with the first-team physio returning to Liverpool after four years away with Crystal Palace and Arsenal.

The Reds will train in Austria for the next week at the least, with their initial plans for a base in Evian in France having been disrupted by the recent change to government quarantine restrictions.

No pre-season friendlies have been announced as yet, but Klopp’s side are expected to play two behind-closed-doors games while in Austria, plus a domestic friendly or two once back on Merseyside and ahead of the Community Shield at Wembley on Saturday, 29 August.

The new Premier League season begins on 12 September, with the 2020/21 fixtures being released next Friday, 21 August.