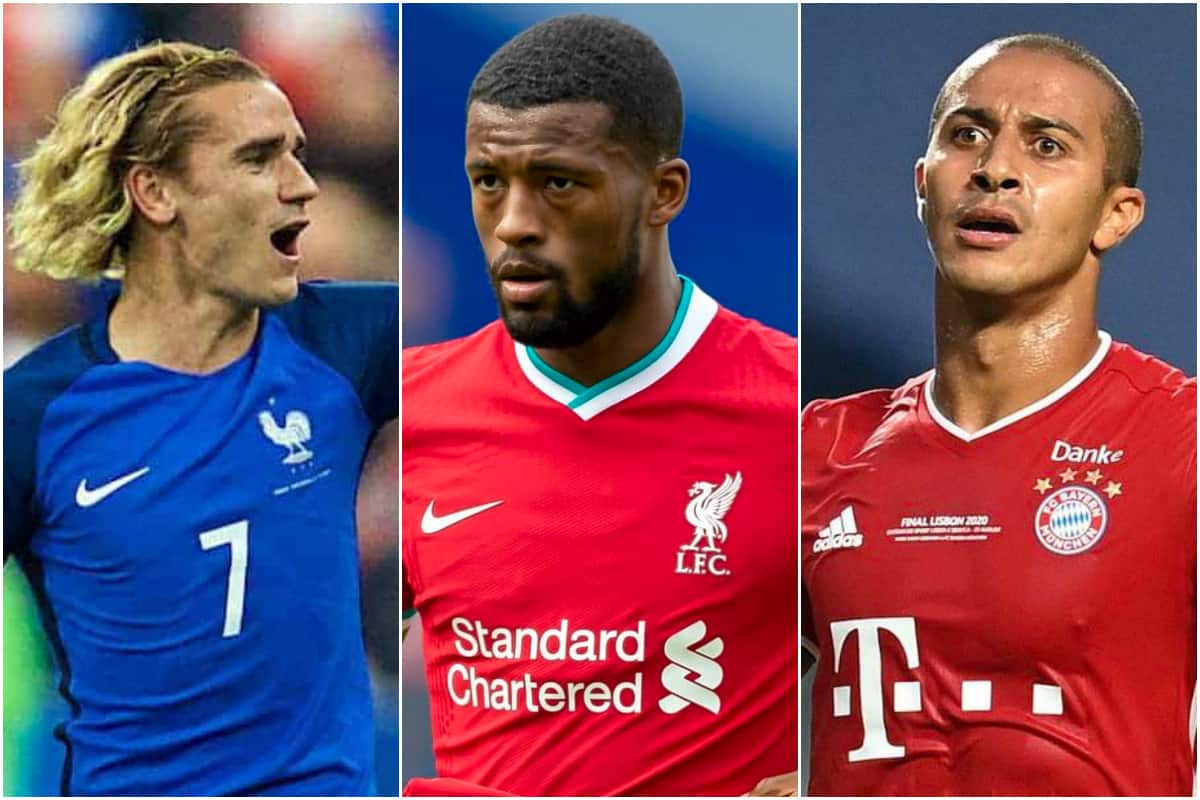 It has been relatively quiet transfer window so far for Liverpool, but one or two more moves are still expected before 5 October. They probably won’t be the ones, or the terms suggested, in the weekend gossip columns.

It’s inevitable that a few more players might depart the squad.

Local journalists have already cited the likes of Marko Grujic and Loris Karius being available if appropriate bids are received, but we can’t ignore the ongoing rumours about other players, too.

In particular there are media inches constantly written about an element of midfield turnover—and both the players involved feature in this weekend’s rumour roundup.

So do one or two other, rather more incredulous, suggestions.

The latest on our own midfielder, Gini Wijnaldum, continues to point to an exit – though very little about the media stories tallies up with what’s currently going on in terms of the Reds’ matchday lineups.

Domestically, the Mirror claims an exclusive, reporting that the Reds have “lost the battle” to keep Wijnaldum and have “told Barcelona it will cost them £15m” to sign him.

That’s a lower fee than has previously been discussed, plus it’s at-odds with the Reds’ previous insistence that they either get the fee they want, or else hold the player for the term of his contract.

Over in Spain, meanwhile, Mundo Deportivo report that the Catalan club are still fighting it out in the boardroom over whether to sign Wijnaldum or a certain Thiago Alcantara.

Meanwhile, the Reds’ own interest in Thiago continues according to most reports…but the player himself isn’t playing the game for the media.

Questioned ahead of Spain’s Nations League game, the Bayern Munich man said it was largely of the media’s own invention that he had asked to depart the Allianz Arena.

“I have not told anyone that I’m leaving,” he said.

“Every year, the media puts me in a different club. For me, my future is tomorrow’s game (against Ukraine) and there is nothing more to say.

“I neither care nor am I interested. What interests me is tomorrow.”

While that’s no doubt technically true, in that he hasn’t specifically stated he wants to depart, it’s certainly not the word coming out of Bayern.

CEO Karl-Heinz Rummenigge has multiple times said Thiago looked like he was saying goodbye, or similar, as well as suggesting he’ll only leave if they get a bid they like.

All part of the fun and games as everybody bides their time for the right package. 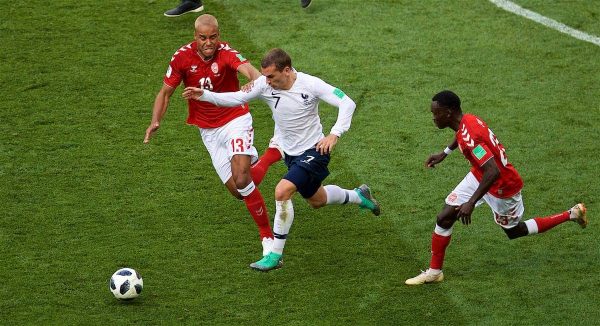 Could at least make it believable, couldn’t they?

The Mail tried to suggest on Saturday that “Manchester United, Liverpool and Arsenal on red alert to sign Antoine Griezmann from Barcelona… with striker’s Nou Camp future in doubt after Lionel Messi’s stunning U-turn.”

That’s not a title built purely for SEO reasons at all, is it?

So what’s in the actual story?

Messi’s forced decision, plus Ronald Koeman wanting to look at Ansu Fati, Ousmane Dembele and Philippe Coutinho, leaves Antoine Griezmann “vulnerable” and he has “previously been linked with Liverpool whose pressing style under Jurgen Klopp mirrors the success he had at Atletico for Diego Simeone.”

That’s it, that’s the link.

So, to clarify: we didn’t sign Timo Werner because of finances, but we’re definitely interested in signing €800k-a-week Griezmann. Right, then.

Still not much clarity on this one, largely because the source is about as reliable as, well, the last story on Griezmann.

Leeds United are thought by several reporters to be keeping tabs on Harry Wilson, in interest dating back to last season at least.

But the Star say the Reds “may wait until after their clash” and won’t consider selling him to the Elland Road club until after the opening day of the season, to ensure he doesn’t have a quick impact against them.

In fairness, this one makes more sense than the others, but it’s still a non-story.

The new season starts in a week, Wilson hasn’t played for the Reds in pre-season and he’s away on internationals until midweek – what would the chances be of getting a deal done in two or three days anyway?!

Finally, a story of the sort the papers love: the ultimate get-out clause, the “keep us informed” angle.

Newcastle want exactly that regarding Rhian Brewster, say the Telegraph, for the Reds to update them on any developments over what he’ll be doing for 2020/21.

The Magpies are on the verge of signing Callum Wilson anyway, so striker isn’t exactly the No. 1 priority of the coming days after that, and the Reds have little need to let him go before the League Cup third round, for example, with the extended transfer window.