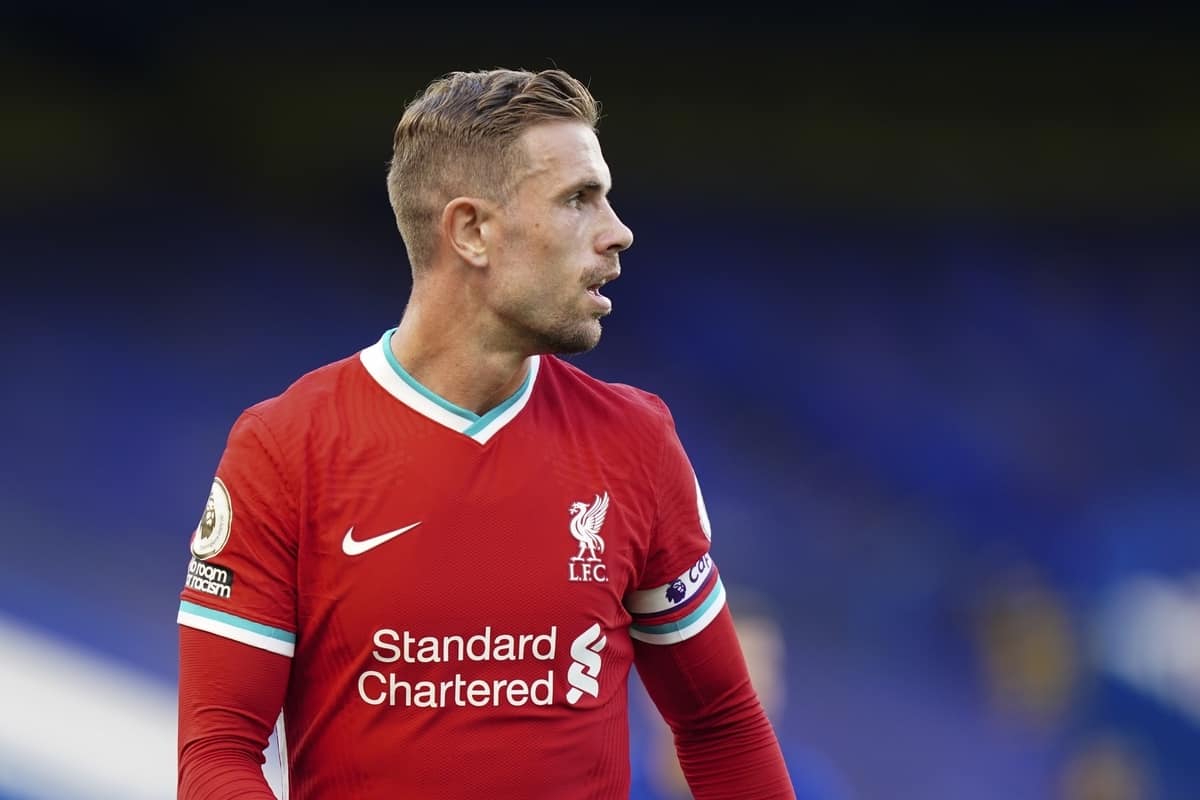 Two recent accounts of Jordan Henderson‘s elite mentality perfectly sum up why he has become an undisputed Liverpool legend over the years.

Henderson’s story at Anfield has been one of the most endearing in decades, maturing from unwanted, much-mocked figure to Champions League and Premier League-winning captain.

There was a time when the 30-year-old looked out of his depth at Liverpool and his long-term future appeared certain to lie elsewhere, but he dug deep, stayed put and has excelled with Jurgen Klopp at the helm.

Even in recent years, the skipper’s worth has still been questioned by some, but despite the likes of Fabinho, Naby Keita, Gini Wijnaldum and Thiago all coming in, he remains one of the most important midfielders at the club.

A couple of extracts from two new books touch upon Henderson’s incredible mindset, highlighting precisely why he has made it to the top.

In Hendo: The Jordan Henderson Story, written by Rob Mason, former Sunderland academy sports scientist Scott Pearce lauds the midfielder’s mental fortitude, from a time when he was still a blossoming youngster at his hometown club:

“Jordan was in my first group when I first came into the club. [Fitness coach] Scott Ainsley made me aware of his physical status.

“Jordan was a late physical maturer and we had to be aware of that around training.

“He might have been late developing physically but mentally I always thought he was streets ahead of everyone.

“He was a sponge. He’d ask questions of me and the physios and he took everything in. He was ruthless and single-minded.”

Meanwhile, Henderson’s team-mate Andy Robertson has released a book of his own – Robbo: Now You’re Gonna Believe Us: Our Year, My Story – documenting Liverpool’s title-winning season from inside the dressing room.

The Scot is quick to lavish praise on his captain, with one extract particularly telling, as he singles Henderson out as the most focused individual during the business end of the campaign:

“When our crowd sang that song [“we’re gonna win the league”] as emphatically as they did we had to believe it, of course we did. If you said you didn’t believe it, you’d be lying.

“Actually, there may have been one exception: Jordan Henderson. During this period Hendo was so focused and driven that I don’t think he could have got caught up in the excitement if someone had knocked at his door with the trophy and said it was done.

“To say he was in the zone would be one of the understatements of the season.

“At Melwood, his influence was absolute. He literally didn’t have to say anything. He could have remained silent because the example he was setting on the training pitch and in games was so powerful that words were no longer required.

“He got us through some of those games with a combination of strength of character and individual talent.

“He just took it to another level, showing just why he is captain of this club by keeping us all together and being our leading force.”

Henderson’s off-field influence isn’t always appreciated enough, but both quotes encapsulate his attitude and professionalism, and the respect he has from his peers.

More gifted footballers haven’t made the grade at Liverpool – though Robertson does state that Henderson’s “footballing quality is good enough to captain and play for one of the great Liverpool teams” – as they simply didn’t have the drive to get the very best out of their ability.

Henderson has forged an outstanding Reds career, but it is no fluke. From those early days in Sunderland‘s academy onwards, he had a mentality that was hard to beat.

You can buy ‘Hendo: The Jordan Henderson Story’ HERE, and ‘Robbo: Now You’re Gonna Believe Us: Our Year, My Story’ HERE.