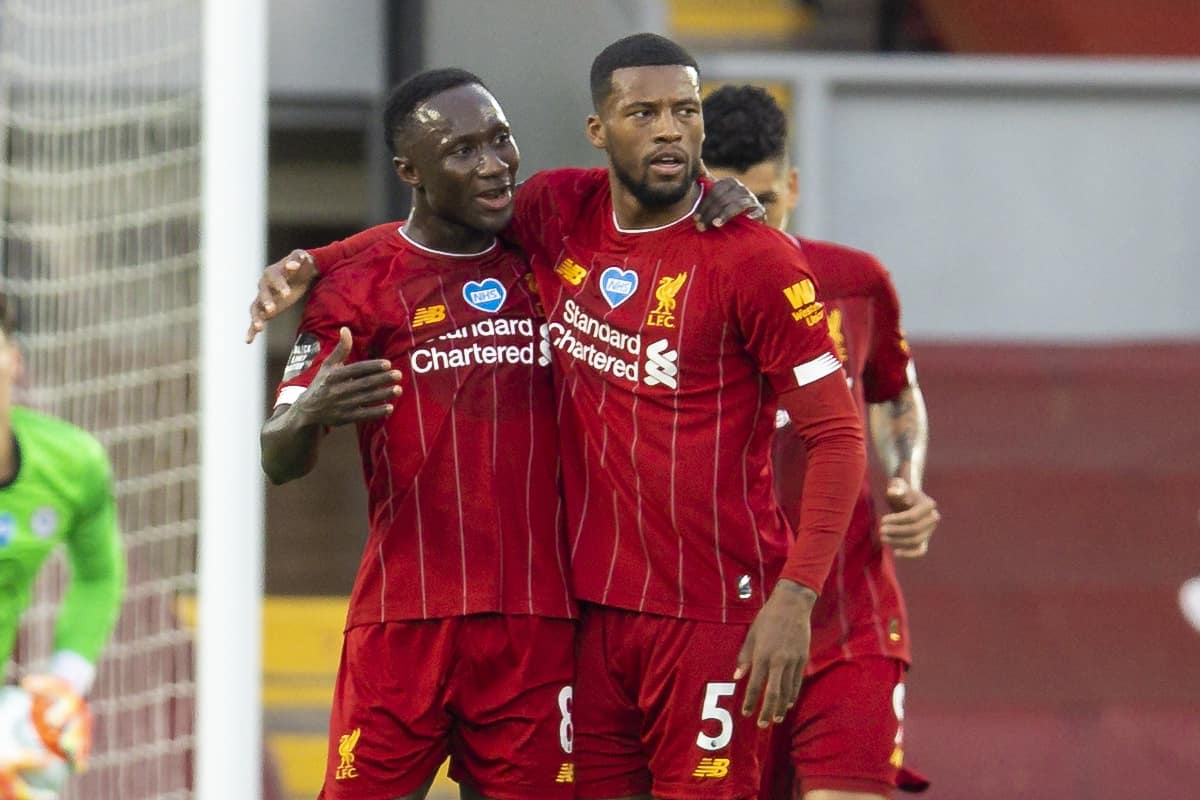 The champions’ new Premier League season sees them take on Leeds United at Anfield on Saturday, where Jurgen Klopp will have a number of options in both personnel and systems.

It’s that time once again, where the grind of a 38-game campaign starts with renewed hope and optimism, only this time the Reds kickstart the season as the reigning champions.

A pre-season schedule both in Austria and on home soil presented a chance to pick up sharpness and match fitness ahead of the all-important opener, with international fixtures also offering select Reds the opportunity to blow off the cobwebs.

The final warm-up clash against Blackpool saw the boss push on without a host of key pillars, predominantly in defence, and once again turn a 4-2-3-1 formation – one which could we see once more against Leeds.

There are few injuries to contend with, but managing game time will be a priority as players continue to build-up to the new campaign.

Here’s how the Reds could lineup against Leeds in their season opener.

Thankfully, the Reds came through the international break unscathed with the exception of Kostas Tsimikas who was reported to have tested positive for coronavirus – which has yet to be officially confirmed.

Joel Matip and Jordan Henderson are expected to take their place on the bench as they continue to work towards full match fitness following respective lengthy layoffs.

Alex Oxlade-Chamberlain is still undergoing rehabilitation for his knee injury, while Xherdan Shaqiri is unlikely to feature having been absent from training for a number of weeks.

Furthermore, quiet transfer activity for both incomings and outgoings could see the likes of Harry Wilson, Rhian Brewster or Marko Grujic handed a place in the matchday squad.

With the first-choice defence back in contention after missing the friendly against Blackpool, there will be no hesitation in restoring the strongest possible side on Saturday.

The question will be which system to utilise. And the regular 4-3-3 formation could be the ticket for Klopp in the opening fixture.

With all four internationals in defence returning, Alisson will be rejoined by Andy Robertson, Virgil van Dijk, Joe Gomez and Trent Alexander-Arnold – where the latter could be managed late in the game having missed the pre-season camp in Austria.

In the middle of the park, Fabinho would retain his place in the No. 6 role and be flanked by Gini Wijnaldum and the ever-improving Naby Keita – with the pair edging James Milner.

It would leave the front three to be led by the ever-present trident of Mohamed Salah, Roberto Firmino and Sadio Mane, with the Egyptian no doubt eager for a goal having been the only member not to have found the net in pre-season: 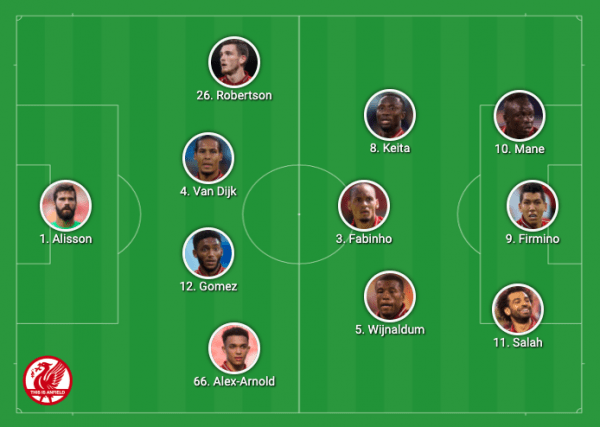 There is certainly a case to deploy the 4-2-3-1 formation, however, having opted for its use in the second half of the Community Shield and against Blackpool.

With the full-backs now having found themselves on the receiving end of extra attention from the opposition and Bielsa no doubt having an entire dossier on how to stop them, adding an extra attacker certainly helps share the load at a time when fatigue will be a factor.

The back five will remain ever-present, while Fabinho and Keita partner one another in midfield in the continued absence of Henderson.

It would enable Takumi Minamino to remain in the side and continue carrying on his early momentum, which would then enable the front four to play with flexibility and freedom in a side which could look like this: 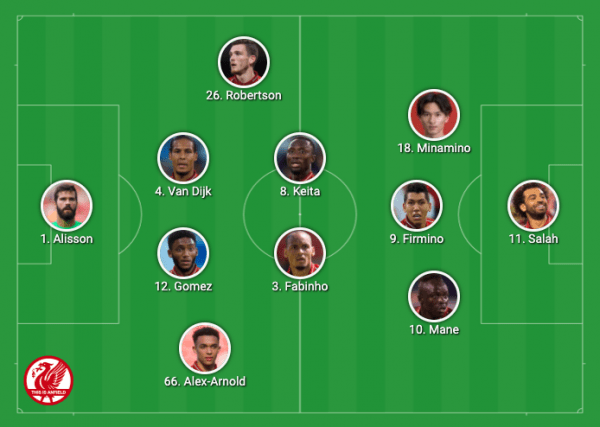 It would not come as a surprise to see Klopp opt for his trusted 4-3-3 on this occasion, but with a number of mitigating circumstances in addition to its positive outings in pre-season, the 4-2-3-1 system could be just the ticket.

Leeds will look to be a thorn in Liverpool’s side with a high-level of intensity a non-negotiable for Bielsa and it offers the chance to get on the front foot for the Reds.

Ultimately, Liverpool’s quality should shine through on Saturday but as witnessed throughout the summer it can take them time to find their feet in the game, they just can’t let the visitors dig their heels in before they do.

It all makes for an exciting opener for Liverpool, however, and one which will they will kick off as the reigning Premier League champions.