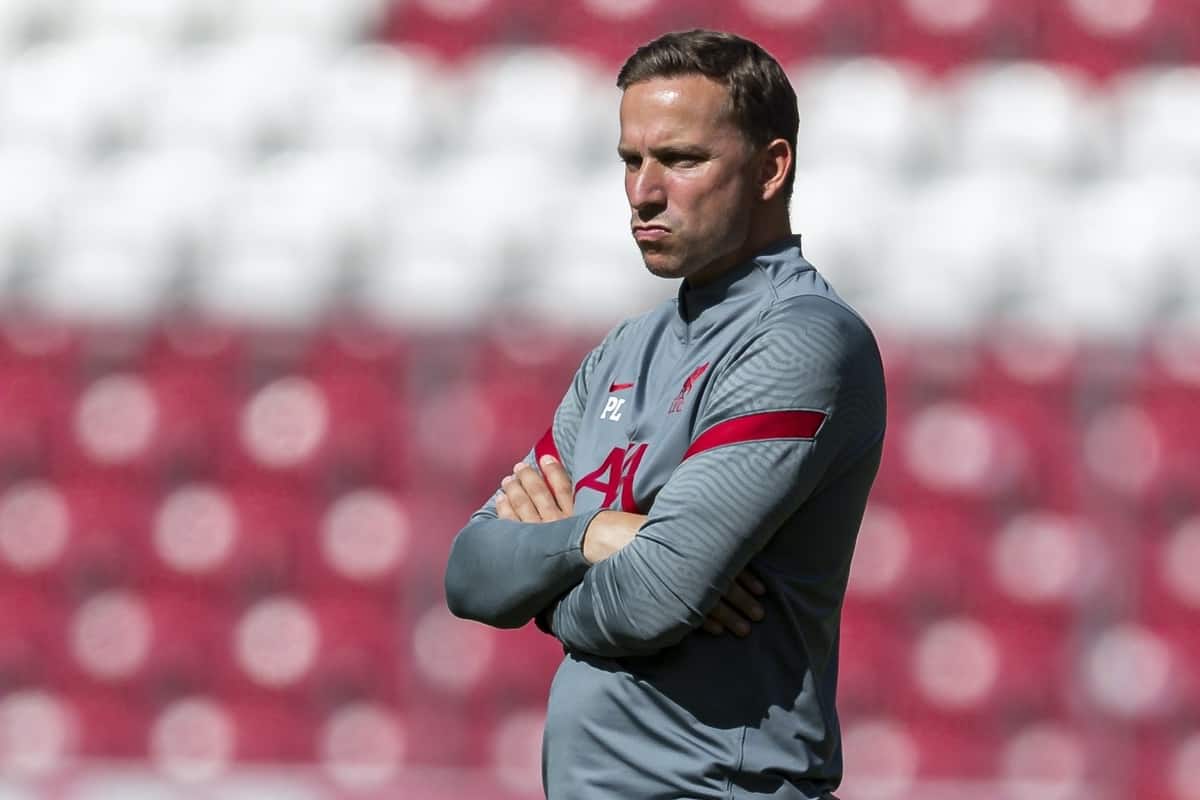 Pepijn Lijnders has delivered a compassionate message on the need for a “healthy economy” in the wake of serious financial issues in football, saying “life is a team sport.”

The government’s announcement of a “pause” on plans to reintegrate fans to football games on Tuesday has led to serious concerns over the future of a number of clubs.

Those range from the Football League to non-league, with those below the Premier League considerably more reliant on matchday revenue to sustain themselves—though Liverpool are a strong example of a club who rely heavily on this, having projected losses of over £100m.

If games are to be played without fans until March, as feared, many could go under before the campaign concludes, with the government urged to provide financial relief as COVID-19 cases rise again.

Frank Lampard believes the Premier League should be helping those below them in the football pyramid, saying that “it’s important that the Premier League as a collective looks at supporting the EFL, the leagues below and grassroots football.”

Lijnders echoed this sentiment in a wider message on the importance of supplying those in need, as he spoke to reporters on Wednesday.

“A healthy economy only exists if you try to help the ones who need the most,” he explained.

“Yes, of course, we should all think like this. It has to be a common approach, not just Frank or Jurgen, or Liverpool or Chelsea, it has to be all clubs, the federations, the leagues.

“That’s what we have to strive for, always. Life is a team sport.”

It is a joy to hear Lijnders speak whenever he steps in for Jurgen Klopp for media duties, as he did ahead of the League Cup third-round clash with Lincoln this week.

Importantly, the Dutchman understands and reflects the ethos of the club, its city and its manager, and hopefully, if the time comes, Liverpool and the rest of the Premier League will continue to support those in need.