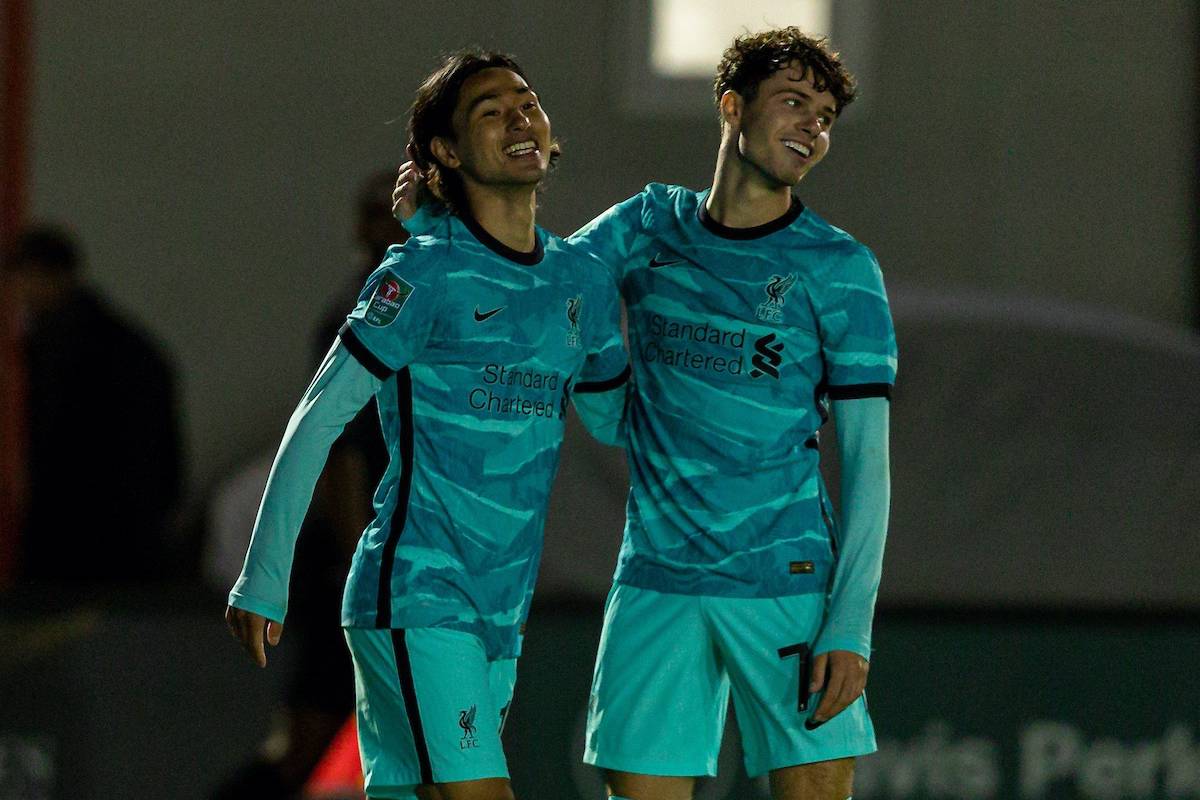 Liverpool annihilated Lincoln 7-2 on Thursday evening, leading to several of the Reds’ heroes earning high ratings across the board.

The League Cup hasn’t been a particularly productive competition for Jurgen Klopp over the past five years, but he passed with flying colours at Sincil Bank.

Lincoln were powerless to do anything about the quality of a much-changed Liverpool team, as Curtis Jones and Takumi Minamino both registered doubles.

Xherdan Shaqiri, Marko Grujic and Divock Origi also got in on the act, with the hosts’ two goals mere consolations.

Here we compare our player ratings with those from the Liverpool Echo, Sky Sports, The Redmen TV and the TIA readers. 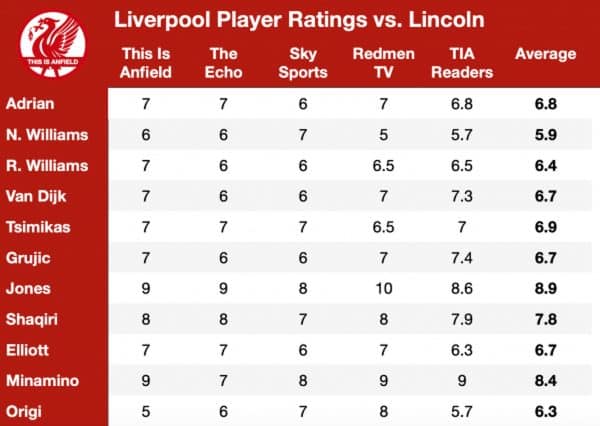 Jones (8.9) deservedly earned the highest average rating at Sincil Bank, as his reputation continues to soar.

Not only did the 19-year-old bag himself a brace, but he shone in his all-round game and now looks a genuine first-team option.

Joanna Durkan gave Jones TIA’s Man of the Match award, claiming “there really is no shortage of confidence” with the midfielder.

Minamino (8.4) was next up, brimming with quality and now looking like the player who shone so much for Salzburg at Anfield last season.

The Redmen TV believe the Japan international is “growing into this side,” also stating that they could watch his sublime first goal “all night.”

Durkan pointed out that Minamino excelled in a central position, highlighting a “willingness to drop into midfield” and impact the game.

In third place was the returning Shaqiri (7.8), who didn’t quite hit Jones and Minamino’s level, but still impressed.

Doyle hailed the 28-year-old, not only because he “worked endlessly throughout,” but also due to the “outstanding free-kick” he scored to put Liverpool 1-0 up.

Neco Williams (5.9) didn’t have a great night at right-back and he took home the wooden spoon rating.

The young Welshman is still learning as a player, in fairness, but The Redmen TV did feel he made a “few silly mistakes” that let him down.

Klopp and his players now have four days to prepare for their next outing – a vital Premier League meeting with Arsenal at Anfield on Monday night.