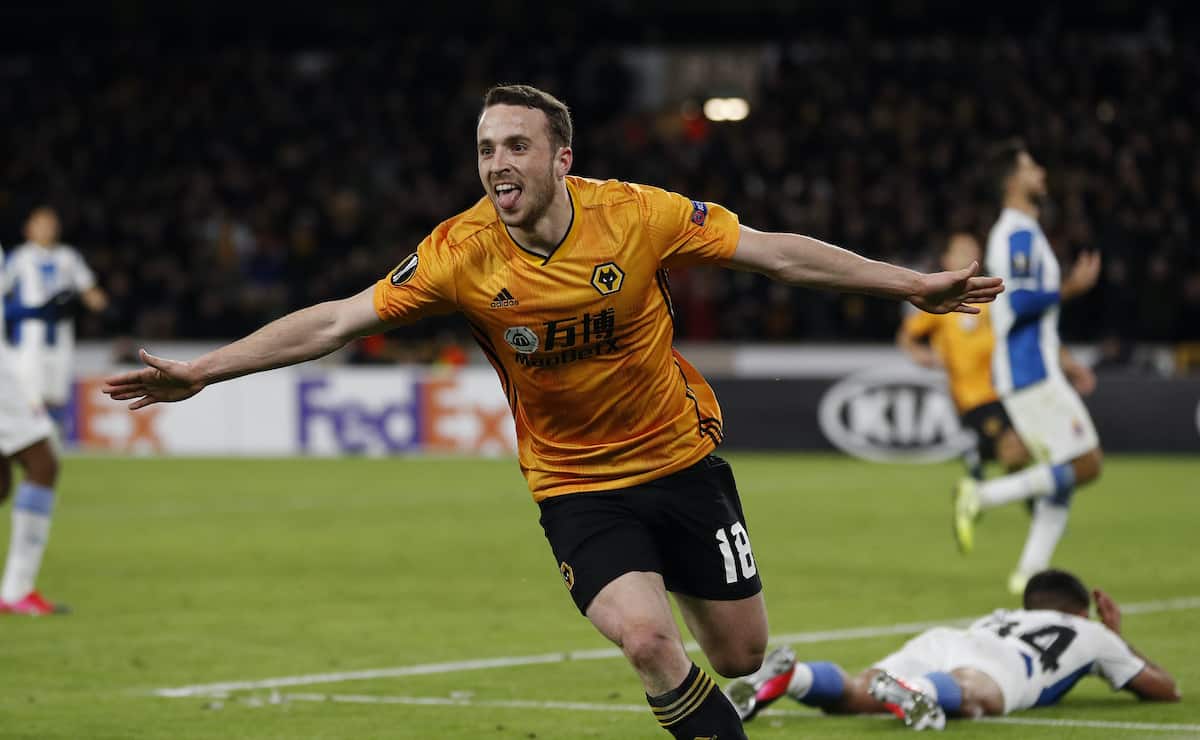 Wolves manager Nuno Espirito Santo has paid tribute to Diogo Jota ahead of his £45 million move to Liverpool, saying the champions are “going to have a great player.”

Jota is due to complete a big-money switch to Anfield after three years with Wolves, during which he scored 44 and assisted 19 in 131 games.

The former Atletico Madrid and Porto winger, who is most comfortable on the left but also able to play up front, arrives as cover for the Reds’ first-choice forwards, and genuine competition for Sadio Mane.

He departs Wolves with the backing of Nuno, with the manager describing him in his pre-Man City press conference as a “great player and boy.”

“What Diogo did for us was absolutely fantastic. I think Diogo is going to the right place and we wish him all the best,” he told reporters, including the Express & Star‘s Joe Edwards.

As he continued, the Portuguese explicitly confirmed two moves, with Ki-Jana Hoever going the other way in a separate deal that could earn Liverpool up to £13.5 million.

“He will join us. He’s a young player with talent and potential,” he said of Hoever.

“This is what is happening. Diogo is joining Liverpool, and Ki will join us.

“[Adding new talent] is what we’re trying to do. The squad still needs adjustments and we’re working on that.

“Matt [Doherty] has gone to Tottenham and Diogo to Liverpool, which shows we are doing things well, with players going to big, big clubs.” 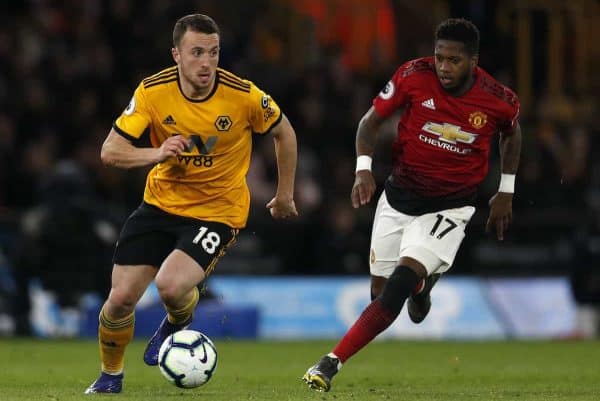 He later added: “Liverpool are going to have a great player and boy, and Ki has a bright future ahead of him. We think this deal is good for everybody.

“Diogo was really happy here, but it’s normal that players like to face new challenges.”

Liverpool are yet to confirm the signing of Jota, but the 23-year-old was believed to have been at Anfield on Saturday morning to fulfil media obligations, as with Thiago the previous day.

Hoever, meanwhile, has expressed his gratitude to the Reds with a parting message on Instagram.

“Thank you to everyone at Liverpool who has helped to play a part in my progression over the past two years on and off the pitch,” he wrote.

“It’s been an honour to represent such a big club and be around top players and staff every day. I’ll never forget the memories I made here.”