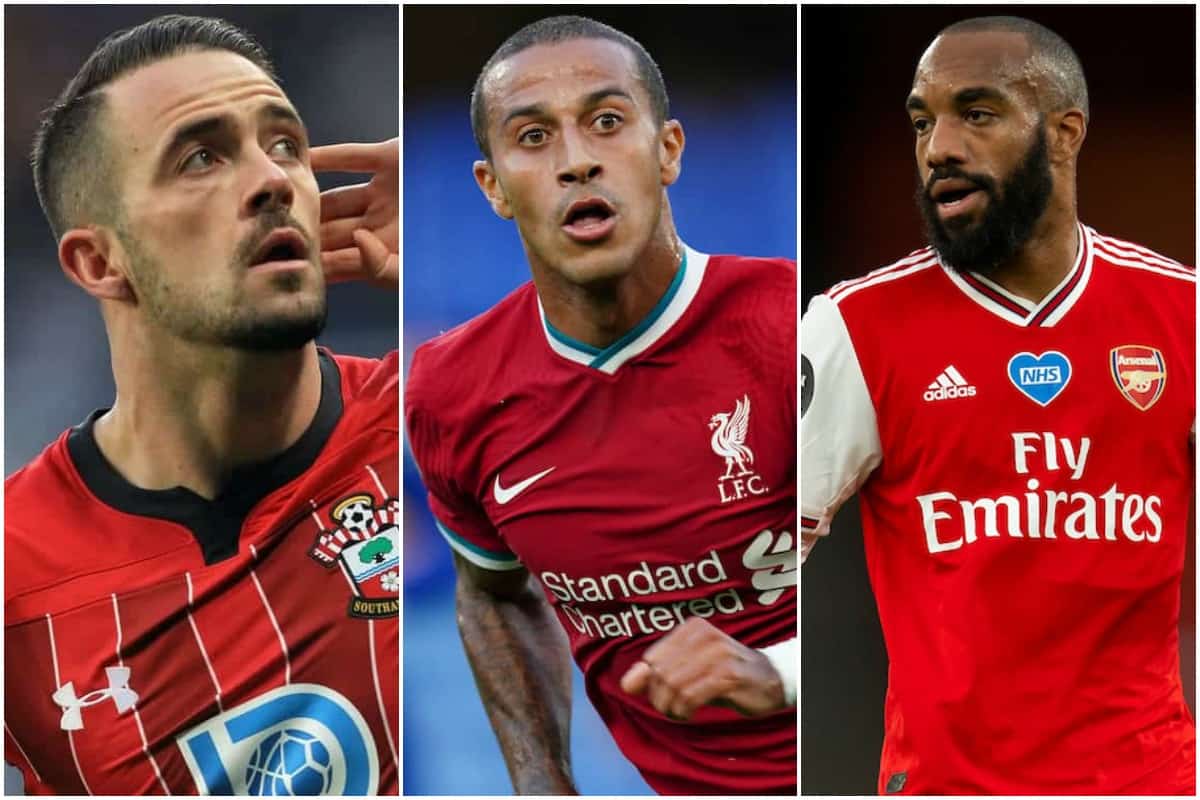 Liverpool found themselves on the other side of the coin in the Premier League on a matchday which saw our next opponents hit six points and penalties, red cards and goals in abundance.

It was raining goals in the Premier League as all 20 teams were back in action for the first time in the 2020/21 season, one which sees seven teams remain unbeaten.

While Jurgen Klopp‘s were only one of only two teams to win on the opening weekend without a clean sheet, this time around they were only the third to do so with one.

With Alisson denying Jorginho from the spot to maintain a two-goal buffer established by Sadio Mane, Liverpool clinched their first clean sheet and all three points to sit alongside Leicester, Everton, Arsenal and Crystal Palace at the top with two successive wins.

They overcame Burnley, West Brom, West Ham and Man United respectively, with the latter dispatched comfortably to the tune of 3-1 thanks to a Wilfried Zaha brace and Andros Townsend opener.

The defeat at Old Trafford came in the first game of the season for Ole Gunnar Solskjaer’s side after they were handed an extended break following their Europa League exploits – is now the right time to say Liverpool have a 60-game unbeaten league run at Anfield?

For the Reds’ next league opponents, it was anything but straightforward as the Gunners narrowly pipped West Ham 2-1 after Eddie Nketiah scored the winner with five minutes of regulation time remaining.

Michail Antonio had equalised on the cusp of half-time to cancel out Alexandre Lacazette’s opener, with Mikel Arteta conceding his side was “a little bit lucky” in an unconvincing display.

As for looking back, Leeds continued their topsy-turvy return to the topflight with another high-scoring affair but this time found themselves on the right end of a 4-3 win against fellow promoted outfit Fulham.

Elsewhere, ex-Red Danny Ings continued his rich goal-scoring by bagging two goals against Tottenham, but despite superbly notching the first goal and added a second from the spot, he was helpless to stop Son Heung-min net four as Spurs ran out 5-2 victors on the south coast.

On Man City‘s return to action, having been in a similar boat to United, they met Wolves and collected their first three points of 2020/21 – and despite a spirited second-half outing, Gabriel Jesus put the result beyond doubt at the death for a 3-1 win.

Overall, it was a matchday littered with penalties (8), red cards (4) and goals, with 44 hitting the back of the net – the most of any Premier League weekend on record.

With all 20 clubs having now kickstarted their season, there has yet to be a draw and seven teams remain without a point.