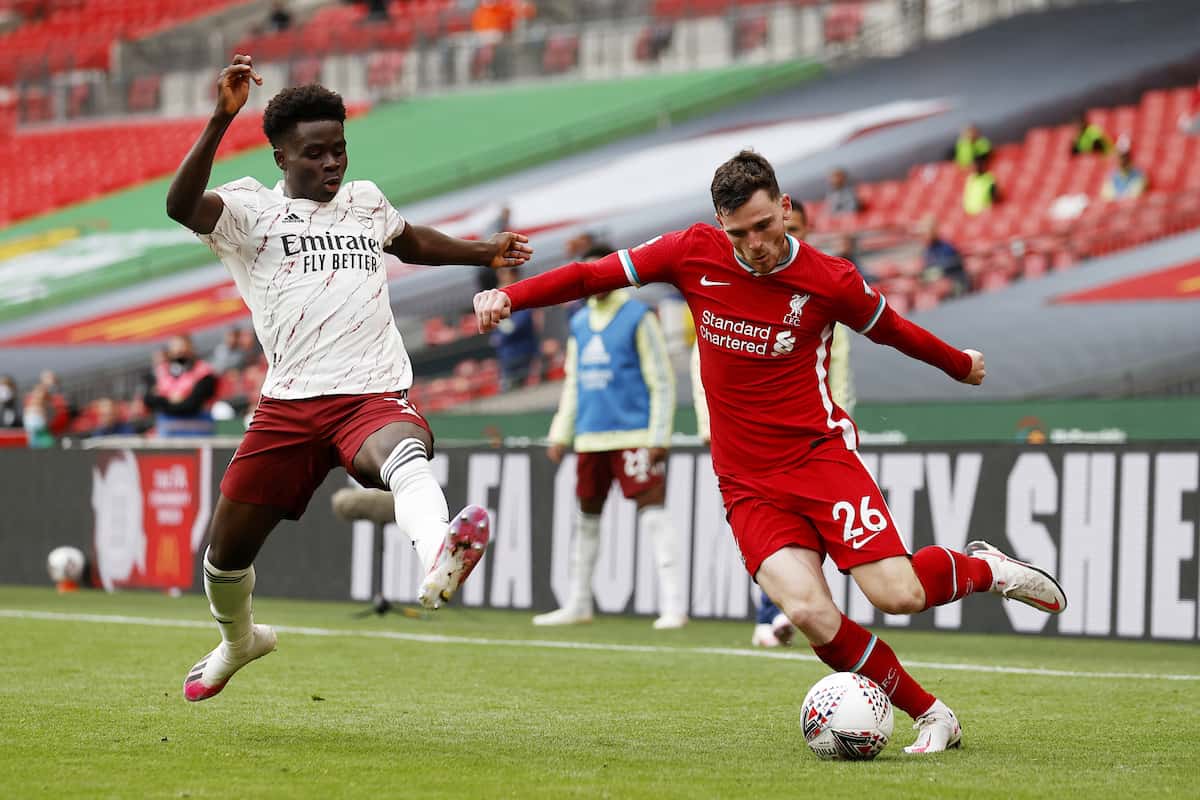 Liverpool are now set to play Arsenal twice at Anfield in the space of a week, after beating Lincoln 7-2 in the third round of the League Cup on Thursday night.

For the second season in succession, the Reds progressed to the fourth round of the League Cup thanks to a much-changed XI securing a 7-2 victory over Lincoln City.

Jurgen Klopp opted to make 10 changes to his side who overcame Chelsea on the weekend, with Virgil van Dijk the only player retained on an evening which saw Rhys Williams, Kostas Tsimikas and Diogo Jota make their Liverpool debuts.

And the result sets up a tie with the Gunners, who overcame Brendan Rodgers’ Leicester City on Wednesday night with a 2-0 win.

It means Liverpool should play host to Mikel Arteta’s side twice in the space of four days in two different competitions.

The Reds will first meet Arsenal on Monday, September 28, in the third matchday of the new Premier League season, before welcoming them back to Anfield for the League Cup, likely to be scheduled for the following Thursday, October 1.

The matchup will be the fourth between the two teams in less than three months, with the league meeting at the back end of the 2019/20 season followed up by the Community Shield – both of which the Reds lost.

They will look to even the ledger in 2020 with two contrasting XIs, with priority going the way of the top flight before those on the fringes and on the younger end of the age spectrum take over once more.

Arsenal will likely follow suit, with the League Cup meeting expected to come three days after the league clash and three days before their next against Sheffield United, which is scheduled more than five hours before the Reds’ trip to Aston Villa on Sunday, October 4.