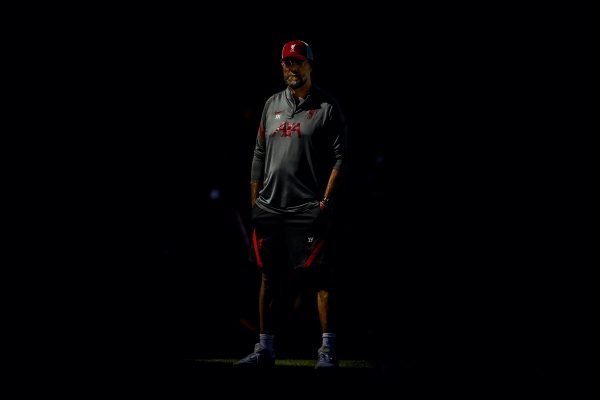 Liverpool’s modern-day golden generation were born just after the Reds won their 18th league title, and eventually powered them to a 19th in record time three decades later.

The next generation may be their successors in waiting, with the Community Shield appearances of Neco Williams, Curtis Jones and Rhian Brewster and the presence on the bench of Billy Koumetio and Harvey Elliott being signs that each could be more involved this season.

But in between, there may be Liverpool’s ‘lost’ generation; lost, in part, through little fault of Liverpool.

Some would say that a four-year period is too small to qualify as a generation, though Sir Alex Ferguson, something of an expert in regenerating sides and repeating success, felt teams had a four-year cycle.

They were not to know it at the time, as their era of supremacy on the pitch ended, but Liverpool had a particularly productive four years, followed by a rather more barren spell. There is a period within 46 months in the early 1990s bookended by the births of Jordan Henderson and Andy Robertson.

In between, Alisson, Alex Oxlade-Chamberlain, Xherdan Shaqiri, Fabinho, Virgil van Dijk, Joel Matip and Gini Wijnaldum (plus his putative successor Thiago Alcantara) all entered this world. Most notably, Roberto Firmino, Sadio Mane and Mohamed Salah were born within nine months of each other in the 1991/92 season.

With the exception of the precocious Trent Alexander-Arnold, it is an entire team, plus a couple of substitutes.

Robertson and Alexander-Arnold are twinned in much but separated by four years and seven months in age. That period, from March 1994 to October 1998, has only produced one member of Liverpool’s current strongest side: Joe Gomez.

Naby Keita could graduate to that status but his other peers, in Kostas Tsimikas, Takumi Minamino and Divock Origi, will begin the campaign very much as backups.

Others, in Marko Grujic, Harry Wilson and Sheyi Ojo, might already have been sold in a stronger transfer market.

Pandemic prices are not profitable for sellers and pandemic economics have stymied Liverpool’s plans to bring in players a few years younger than their current core, and who might potentially take over from them.

In particular, there is Timo Werner, about four years younger than each of the current front three, a forward who could be peaking when Salah, Mane or Firmino entered a downward slope.

But for coronavirus, Liverpool probably would have signed Werner. A £50 million transfer fee and substantial wages would have been more affordable in a world with matchday revenue and without rebates to broadcasters. But for COVID-19, there is a good chance they would have shown their succession planning in another department of the team, too.

The departure of the 31-year-old Dejan Lovren was surely supposed to have been followed by the arrival of an emerging centre-back: perhaps the 22-year-old Ben White, who Brighton have priced out of a move to Leeds (and presumably Liverpool, in the current climate).

Given the strength of Jurgen Klopp’s first-choice team, Liverpool’s future thinking might be most apparent in the understudies. There could be a relatively seamless shift from one generation to another when there is an internal option: Jones instead of Adam Lallana, Williams in place of Nathaniel Clyne.

Deprived of funds, both by diminishing revenue and a smaller injection of cash from sales, it has been harder to replicate that in other positions.

Given Liverpool’s last two seasons, their 196 points and Champions League and Premier League wins, there is no need to break up the current team; not when such an expertly compiled group play with such chemistry and offer the prospect of further honours.

Yet if Liverpool’s recruitment made them the envy of rivals, with transformative signings and an unusually high strike rate, it is a constant task.

A year or two ago, they had an almost perfect age profile, with the only anomaly being the gap between Robertson and Alexander-Arnold, but now they are approaching a tipping point. The thirty-somethings only number three now: the freakishly fit James Milner, the backup goalkeeper Adrian, and captain Henderson.

But seven others will join that group in the next two years.

There was always the underlying question of who to phase out and when, and not merely because the intensity of Klopp’s brand of football invites questions if some of his most fervent runners will be burnt out soon into their thirties. A team that ages together offers a recipe for decline – just look at Barcelona – but Werner was supposed to be a sign Liverpool had an eye on the future.

Liverpool were never likely to neglect it: not with the far-sighted Michael Edwards at the helm, not with Klopp’s willingness to trust younger players and not when his contract, until 2024, meant he would oversee a bridge from one team to another.

Yet that bridge is easier to construct when the distance is shorter; instead of going from a footballer to one a decade his junior, it is easier to first integrate a third player halfway between them.

And Liverpool are now facing a pincer movement, with a reduction in income making it harder to target the high-calibre players on the way up who will be able to take over from the Champions League winners and at a point when the congested fixture list means younger alternatives would have been still more useful.

Instead, they may have to accelerate the development of rookies. Instead, when they survey their bench or look at the prospective team for 2022/23, they may see a missing generation, a gap that players born in Roy Evans’ four full seasons in charge were supposed to fill.

The space between Alexander-Arnold and Robertson is not merely about cross-field balls from one full-back to another as Liverpool look for heirs to heroes.