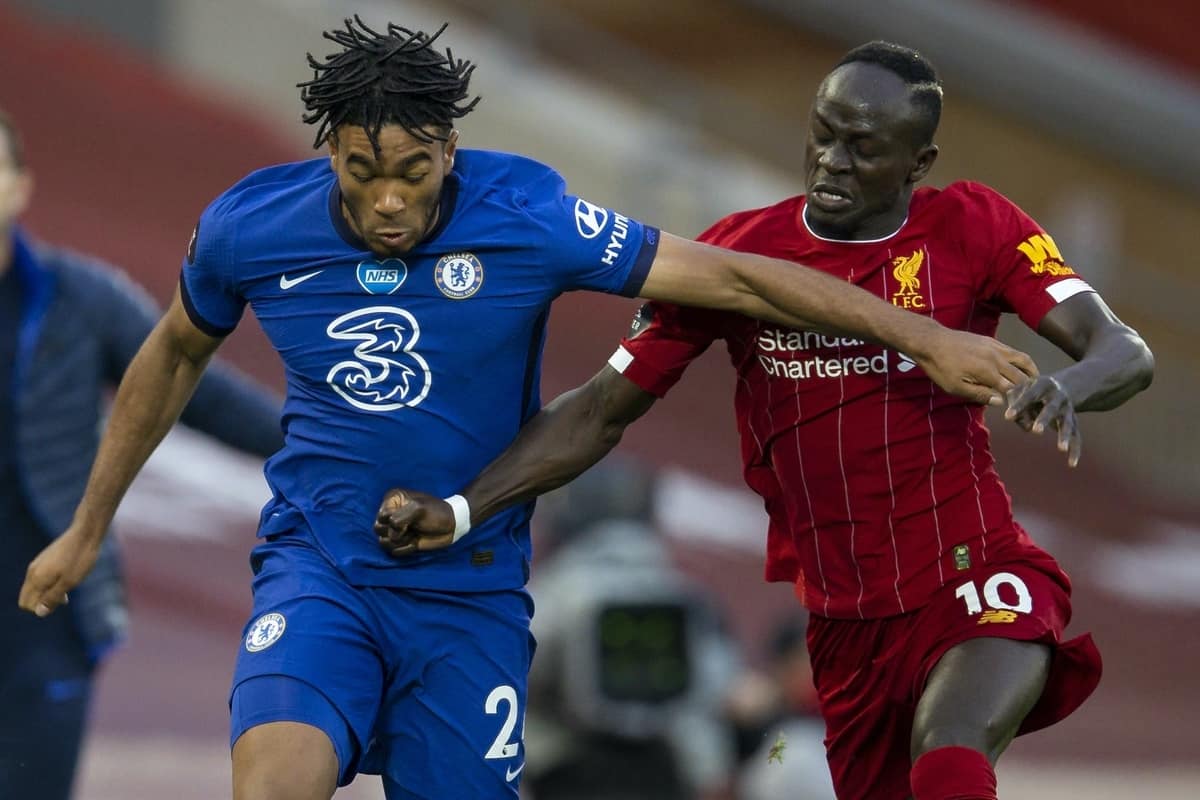 Liverpool head for their first away game of the new Premier League campaign on Sunday, and come up against a Chelsea side widely expected to challenge for the title.

Jurgen Klopp and Frank Lampard have seen something of a rivalry develop between themselves since the latter’s appointment as Chelsea manager last summer.

Largely fuelled by the media, the two clearly hold a lot of respect for one another, but find the ideals of their respective clubs jarring, while a touchline spat at Anfield back in July over exacerbated the situation.

On the pitch, Liverpool and Chelsea are both seen as strong contenders for the title, with the Blues’ big-spending summer forcing them back into contention.

One of their signings came at the expense of those at Anfield, with the Reds pulling out of a deal for Timo Werner only to see the striker swap RB Leipzig for Stamford Bridge soon after.

Both sides began the campaign with a win, and whoever comes out on top in west London would give themselves a big early boost for 2020/21.

Perhaps the biggest team news heading into this tie is that Thiago is eligible to make his Liverpool debut at Stamford Bridge, having been registered with the Premier before the weekend’s cutoff.

However, more likely the Spaniard will make a surreal first outing at Lincoln in the League Cup in midweek, with his possible league bow coming at home to Arsenal on September 28.

Fortunately, Klopp is not short of options ahead of this clash, and is in fact buoyed by the return of Kostas Tsimikas following the left-back’s reported positive test for COVID-19

Tsimikas is unlikely to start against Chelsea but could take up a place on the bench, for which he will be vying with Neco Williams.

Speaking at his pre-match press conference on Friday, Klopp revealed he was facing no new injury problems after the opening 4-3 victory over Leeds.

He added, though, that “nobody is coming back,” which rules out Alex Oxlade-Chamberlain as expected.

The manager could make at least one change, with Joel Matip possibly replacing Joe Gomez, but he will not alter things drastically, with the majority of those to play in the 1-1 friendly draw with Huddersfield B on Sunday instead saved for Lincoln.

In his own press conference, Lampard ruled out new signings Thiago Silva, Ben Chilwell and Hakim Ziyech, along with Christian Pulisic, who scored and assisted in Chelsea‘s 5-3 loss to Liverpool at Stamford Bridge in July.

Werner, however, has shaken off a knock and is fit to feature, but Billy Gilmour is a long-term absentee.

There are unlikely to be many changes from the side that beat Brighton 3-1 on opening weekend, with Kai Havertz also expected to start.

Andreas Christensen should partner Kurt Zouma in defence, which could serve as a route to goal for Liverpool, with the Blues’ brittle core shining through at the Amex.

* Game to be played behind closed doors.

Lampard has come up against just two managers more times than he has Klopp in his short managerial career so far, with his four meetings with the German behind only Graham Potter (five) and Dean Smith (six).

Klopp has won three of those, with Chelsea‘s 2-0 victory in the FA Cup fifth round last season the only time Lampard has triumphed in this newly formed rivalry.

That is the joint-worst record Lampard has produced against any manager he has faced more than twice, with Klopp sharing the same number of wins, draws and losses with Marcelo Bielsa and Ole Gunnar Solskjaer.

The former midfielder came up against Liverpool more times than any other club in his playing career (45), winning 21, drawing nine and losing 17, but left England before Klopp took over at Anfield in 2015.

He never faced either of Klopp’s Borussia Dortmund or Mainz sides, either.

Speaking in his pre-match press conference on Friday, Klopp urged his side to put their efforts in training into practice, having been afforded the rare luxury of a week’s work at Melwood:

“We are very early in the season, so we had an intense week of work. [We] worked—how we see it—on decisive stuff.

“I know that but it’s the first game, so we don’t make it less important or more important than necessary, just work with it and use it as one information.

“All the rest of the week was absolutely good so far.

“So now we have to make sure that we can transform that on the pitch because we better be at our best otherwise it could be really, really tricky.”

Chelsea vs. Liverpool will be live on TV in the UK on Sky Sports Premier League and Sky Sports Main Event, with coverage beginning at 4pm (BST) ahead of kickoff at 4.30pm.

On This Is Anfield, Chris Williams will be providing all the coverage you need in our matchday liveblog, starting from 3.45pm.