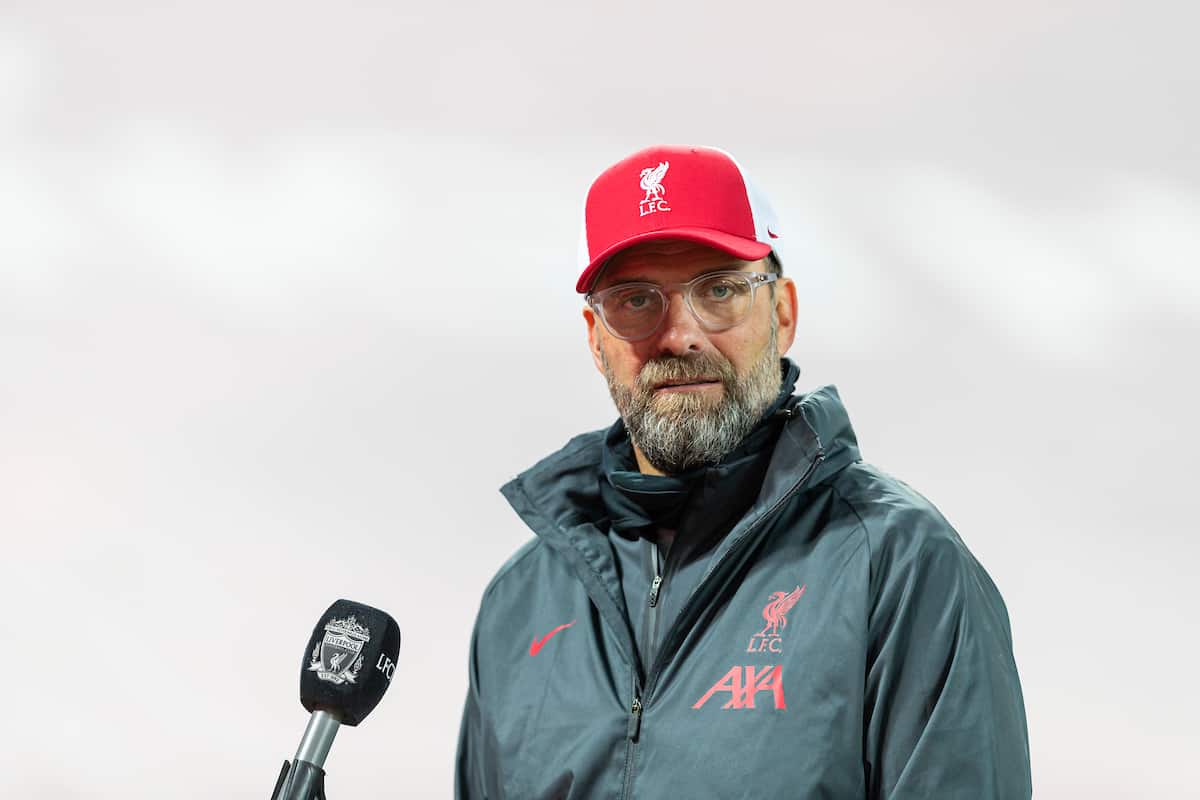 Jurgen Klopp insisted Liverpool “knew before the game” that the campaign would be tough, with his side taken to the wire by Marcelo Bielsa’s newly-promoted Leeds.

Mohamed Salah scored three, while Virgil van Dijk headed the other, but goals from Jack Harrison, Patrick Bamford and Mateusz Klich made it a hairy night for Liverpool.

They certainly weren’t at their best, particularly defensively, but as Klopp reflected on the win in his post-match press conference he suggested this was a situation his side would need to get used to.

“How difficult the season will be, we knew before the game,” he explained.

“If it is a good example for the season, this specific game, I don’t know, because Leeds are special. I said it before the game and in the game everybody saw it obviously.

“I know how people are and it’s completely fine, really fine and absolutely OK; they say Leeds performed outstandingly well and how can these mistakes happen?

“These kind of things that everybody is saying after games like this. We are not like this because we respect them a lot and I knew they would cause us problems.

“On top of that, we struggled in some defensive situations obviously, that’s why they scored.”

Fortunately, Salah was on hand to bail out the likes of Van Dijk and Joe Gomez, who were worryingly slack as the season began, and the manager praised his No. 11 for his overall contribution.

“The numbers tell the story a little bit, all the rest around you probably don’t know.

“Today is a very good example. Yes, he put three more goals on his score list but the performance around was absolutely exceptional in a game like this.

“So he deserved the goals today, 100 percent.

“Yes, two were penalties—one was a sensational finish—but he deserved these goals because he was constantly pressing and present, caused the opponent massive problems, was top in one-on-one situations, played football.

“Of all the good performances Mo had for us obviously, this was for sure one of the better ones.

“So he should be proud of that because it’s very special to have these kind of numbers. ‘Long may it continue,’ I like to think in these moments, and this time I say it as well.”