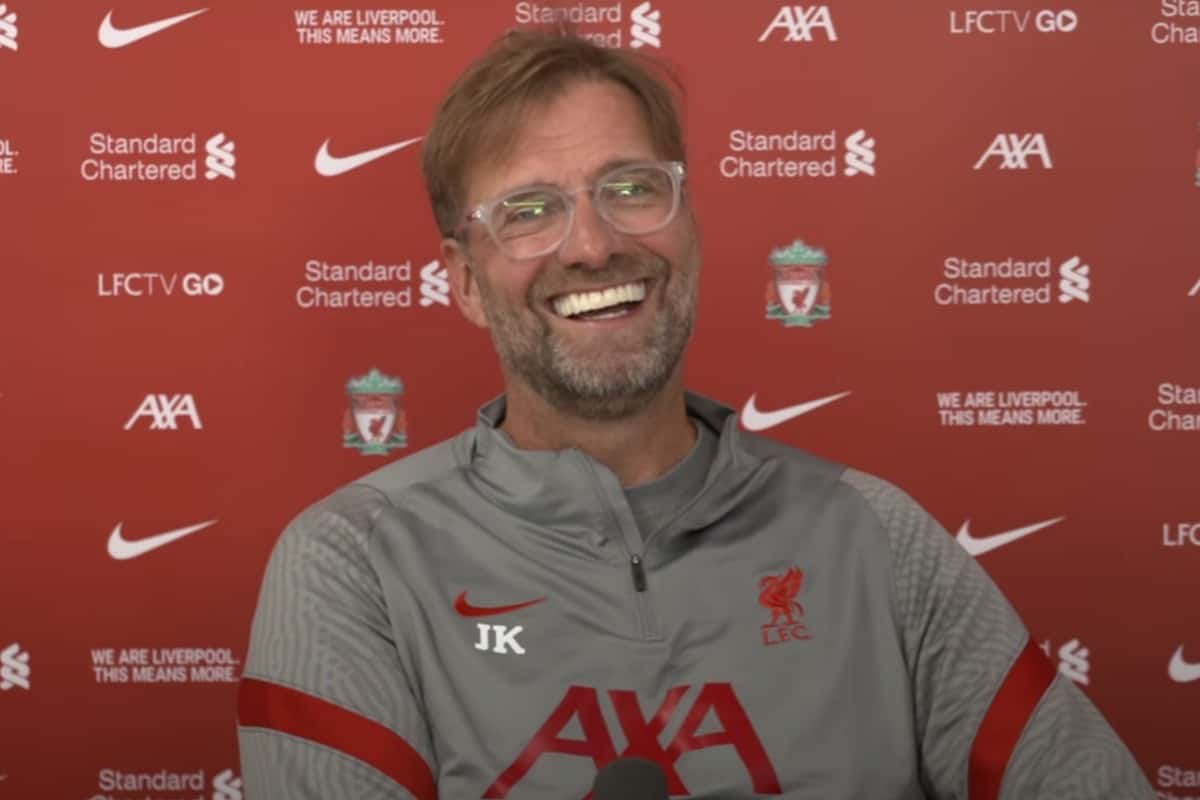 Jurgen Klopp may have had said little about the imminent arrival of Thiago but his body language spoke volumes as he faced the press ahead of the trip to Chelsea.

Liverpool supporters were kept in suspense for much of Friday awaiting confirmation of Thiago‘s arrival, and the boss only added to the torturous wait having remained relatively tight-lipped on the Spaniard.

It was, of course, the first question of the day and while his body language was screaming elation, his words remained coy as he refused to be the one to officially unveil his new signing – even adding “if it happens” to the mix.

“Nothing really to say,” Klopp told reporters with a smile. “How I learned it, it’s not official until it’s announced!

“I’m not an announcer so I don’t know what I can say but it looks quite promising…but it might be useful to have a look at a few Liverpool channels over the day and we will see whatever happens!”

But he was clear that the arrival of the 29-year-old would not signal the departure of an existing player as has been widely touted throughout the summer – allaying fears that Gini Wijnaldum could leave.

“It has no impact on anybody’s future in a negative way,” he added. “Somebody has to leave because somebody has come in, no. No impact.”

He was eager, however, to discuss the upcoming clash against Chelsea which presents another stern test for his side on matchday two.

“Last season we played them pretty often and it was really difficult, first and foremost,” he continued.

“[Their] first game against Brighton was how it looks when you play them, we all suffer against Brighton and you have to be decisive in the key moments and that was the story of the game pretty much.

“We have no idea who Frank will lineup, they have so many different options. We don’t know a lot about Chelsea in the moment, so we focus on ourselves.

“We’ve had a really intense training week, working on decisive stuff. A lot of things were good in the first game, some were not but it was the first game, we work with it and use it as one [piece of] information.”

The boss also confirmed that there are no new injury concerns and touched on his non-rivalry with Frank Lampard.