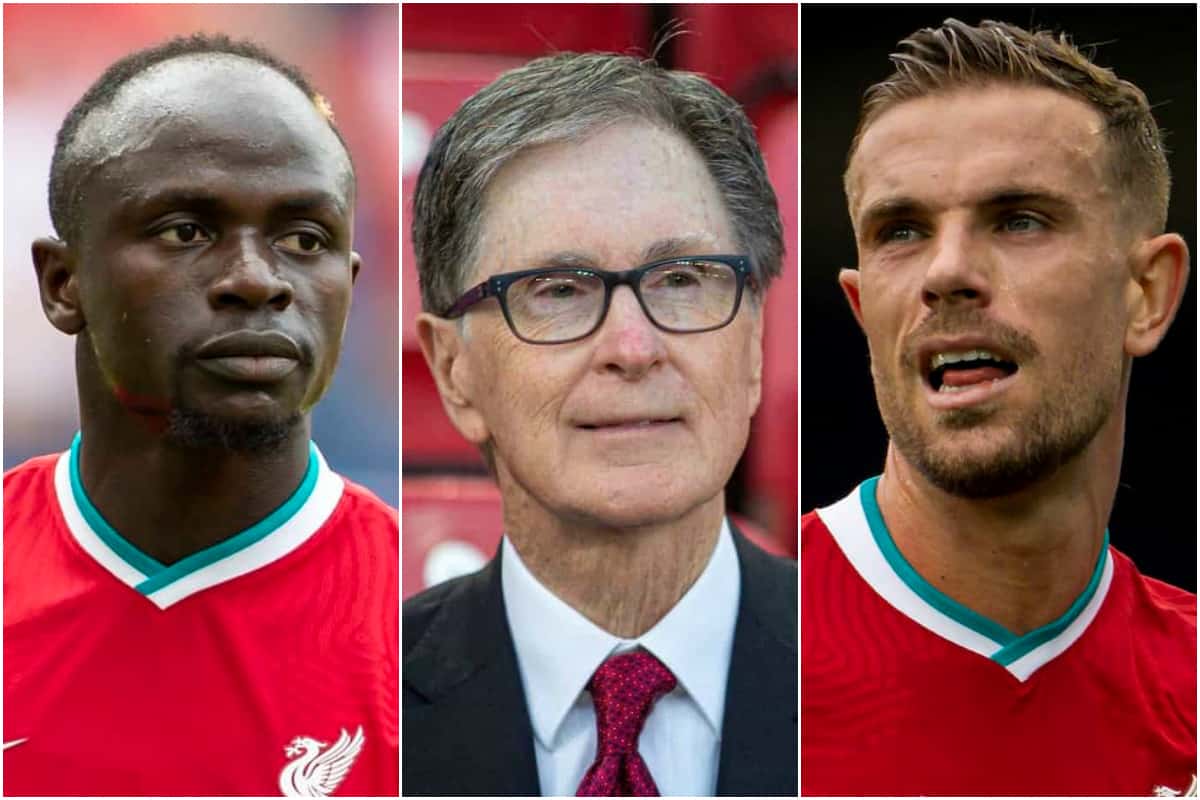 Liverpool are off to Amsterdam for tomorrow’s Champions League game, while Tuesday’s news also looks at injuries, loans and more.

Are we bored of the talk to reform football yet? It seems rather crazy timing, considering we don’t even have every aspect back of ‘normal’ football yet.

But the Reds, and United predictably, have been cited as involved in talks for a brand new, super shiny, massively expensive, FIFA-approved European Premier League.

Sky Sports say there could be up to 30 games a season in a league-style format, with the competition worth over £4billion all told and the winners earning hundreds of millions.

The usual questions are ignored, such as which fans actually want this, what does it come at the expense of and how on earth is adding 30 games to the calendar good for players.

No doubt these stories will continue to revolve and grow for the next year or so.

The plan was to bring him in as cover for Sadio Mane on the left, with the youngster one of the most in-demand talents outside the big five leagues right now.

But Sporting CP have turned down big bids already for him and O Democrata say the Reds’ bid was lower than those, so the talks went nowhere.

In the end, of course, we signed Diogo Jota – another left-sided, Portuguese, primarily back-up for Mane option.

The timing of the talks isn’t made clear, so it could be that Jota, like Tsimikas, was the secondary target if we couldn’t get the slightly cheaper alternative. Or maybe we’ll just go for him again next time!

Early team news and looking ahead…

If you’re ever looking for a way to look stupid and completely out of touch with football, feel free to just disagree with a manager who has just won the Champions League and Premier League in successive seasons.

Here’s coaching legend Tony Cascarino saying Roberto Firmino is becoming a “burden” to the Reds’ attack. Course he is, Tony.

The wider point is when the super clubs will ever think they have enough. They just seem to move in ever decreasing circles of greed.

Regular, garden-variety UEFA Champions League. Kyiv v Juve at 5:55pm, then take your pick of the 8pm kick-offs. Personally, the recommendation is PSG v United for hilarity, or Lazio v Dortmund for tactical intrigue – neither club has started the season as well as they might have done.