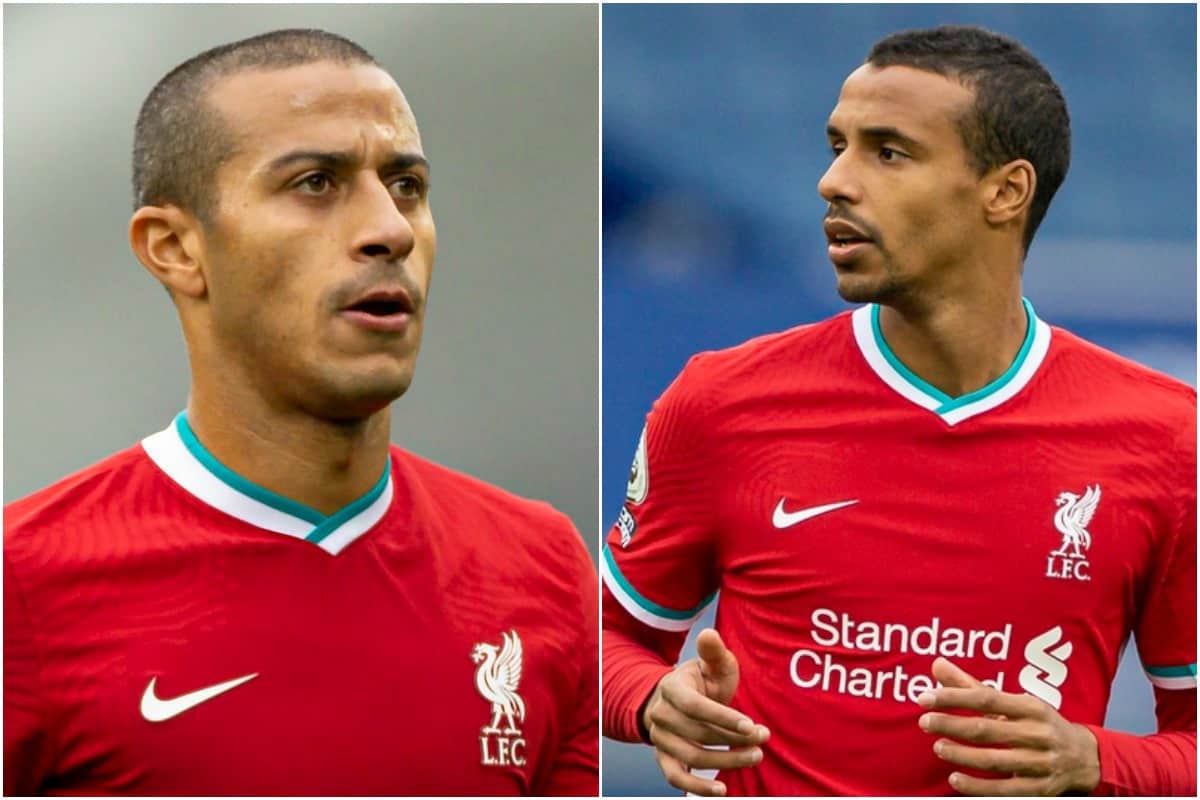 Joel Matip and Thiago are not set to be part of the travelling party for the Champions League tie on Wednesday evening after picking up injuries in the Merseyside derby.

The pair are the latest casualties from the draw at Goodison Park on Saturday having both required scans in the hours following the clash to determine any damage.

The duo are not facing serious injuries, with Thiago escaping a “proper knock” to his knee in the red card challenge from Richarlison, while “no major issue was detected” for Matip after picking up a knock of his own.

But with games coming thick and fast, with Ajax the first of six in a space of 17 days, Liverpool are opting for the cautious approach having already been hit by injury across multiple departments.

Merseyside journalists were quick to state that the duo are “unlikely to travel to Amsterdam,” which leaves Fabinho and Joe Gomez as the centre-back pairing with Thiago‘s absence in midfield opening up a position for the likes of Gini Wijnaldum, Naby Keita and James Milner.

It is far from ideal that Matip has already suffered a setback after his first game back, exacerbated by the fact that Virgil van Dijk will spend six months and even the entire season on the sidelines.

While another layoff for Thiago comes as a source of frustration following on from a bright start, more so from the fact it came from another needless and reckless challenge.

Matip and Thiago will join Alex Oxlade-Chamberlain, Alisson and Kostas Tsimikas on the sidelines, where they will be forced to watch on as the Reds aim to pick up their first three points of the new Champions League campaign. 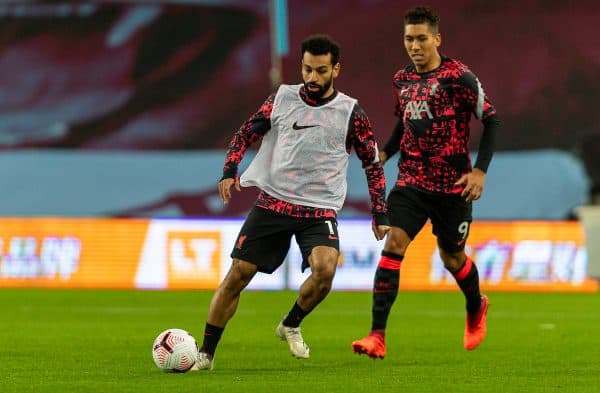