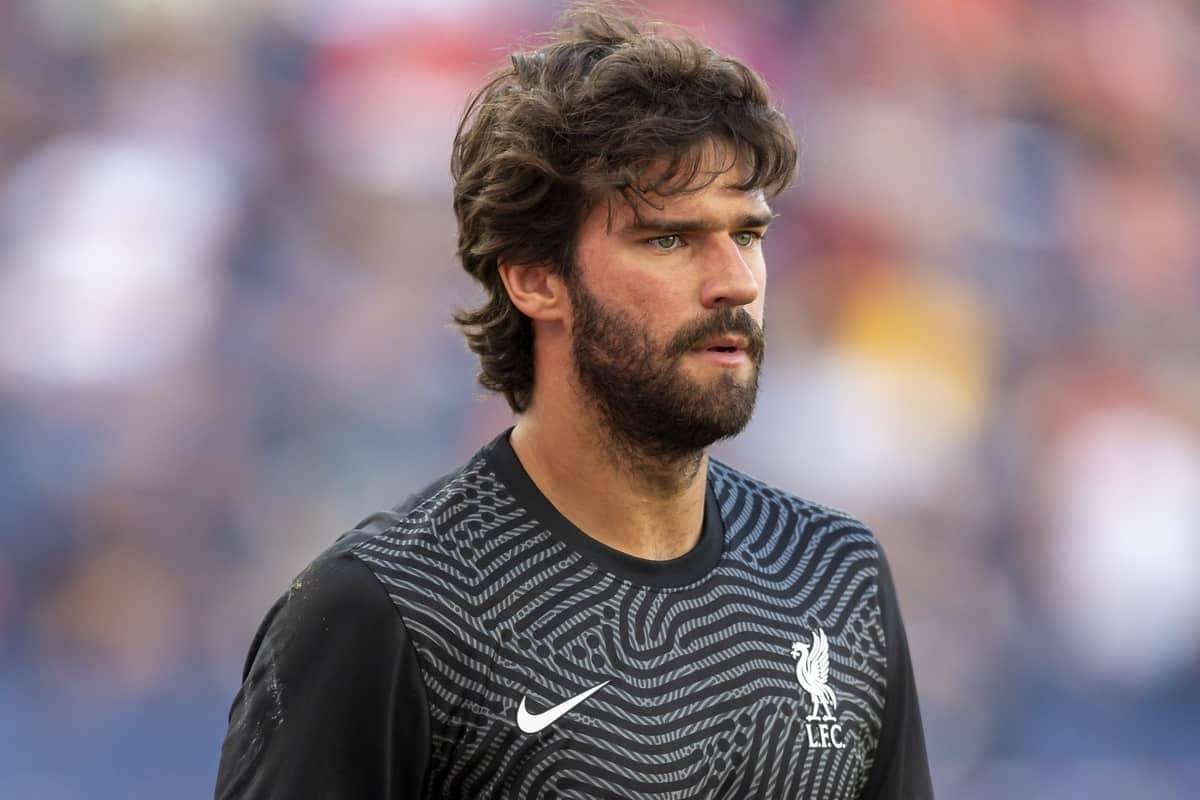 Jurgen Klopp has confirmed that Alisson could miss up to six weeks with a shoulder injury sustained in training, speaking directly after Liverpool’s 7-2 loss at Aston Villa.

Alisson‘s absence was felt heavily as the Reds conceded seven for the first time since 1963 in a bizarre game at Villa Park, kicking off with an error from Adrian.

The Spaniard was not at fault for every Villa goal, with three benefiting from wild deflections, but Liverpool’s backup goalkeeper again proved himself to be way below the standard set by their No. 1.

Before the game, Klopp suggested that Alisson would miss the Merseyside derby on October 17, and revealed that the club would assess his injury “week by week.”

But now, the manager has confirmed that the Brazilian is facing a six-week layoff that could prove costly as Liverpool face seven games during that period.

Klopp explained that Alisson has “no chance” for the derby, and though he said “four weeks is possible,” he added that “six weeks is more likely.”

Fixtures Alisson is likely to miss 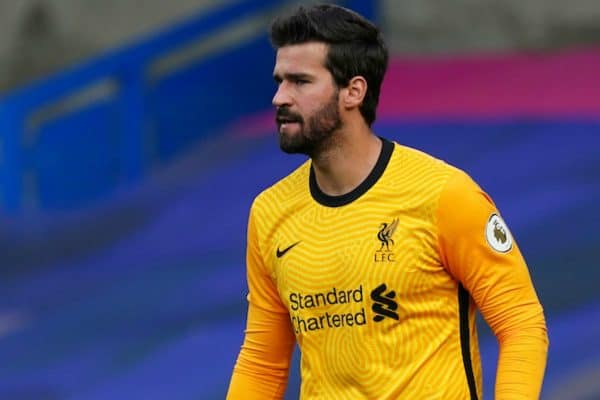 Those fixtures include the first three group games in the Champions League, along with the Merseyside derby and an away clash with Man City, who despite sitting five points behind Liverpool at this stage should still be considered their main challengers.

If Alisson is only out for four weeks, he would still miss the meetings with Everton, Ajax, Sheffield United, FC Midtjylland and West Ham, likely returning for the trip to Atalanta on November 3.

Until then, however, Klopp is expected to stick with Adrian as his starting goalkeeper, though it is worth noting that the transfer window is still open.

The manager previously claimed that Liverpool were unlikely to make any further signings, but conceded that that would remain the case “if nothing more serious happens,” which is arguably true now.

A lot hinges on Klopp’s faith in Adrian, but it is still doubtful that he would cast the 33-year-old aside in kneejerk fashion.