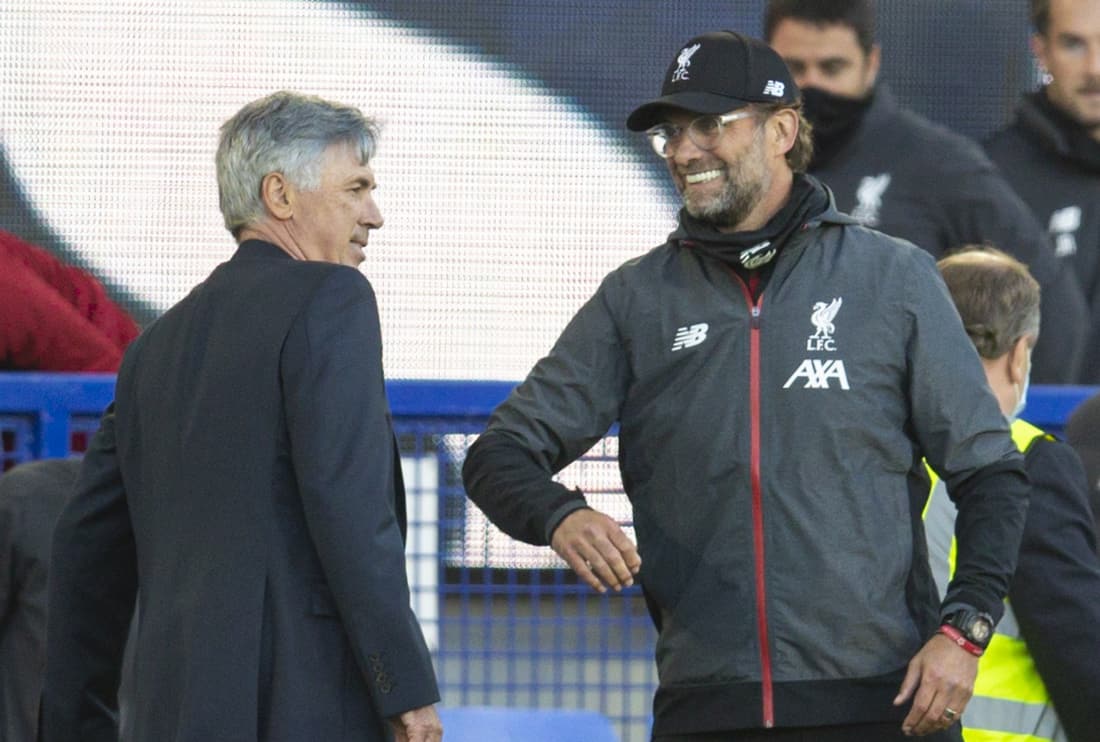 Liverpool manager Jurgen Klopp admits he would rather not have to praise Everton ahead of the 237th Merseyside derby but could not argue with their start to the season.

For the first time since September 1989 the Toffees head into the cross-city clash above their neighbours in the table as their 100 percent record has them top of the Premier League going into the game, three points ahead of the Reds.

And even though the Toffees have not won any meeting between the two for a decade – Saturday is the exact 10th anniversary of their last victory – Klopp dismissed that record.

“I have lost enough derbies in my life to know how it feels so I don’t need that experience to be honest,” said the German, who has won seven and drawn four of his matches against Everton.

“We always respected Everton and that is what we do this time, for a good reason because they are a good team and this season they look especially good.

“This team looks really, really good – I would like to say something different but it is not possible. Of course it is a proper challenge.

“It is 10 years [without a victory] for them and from my point of view long may it continue but we never thought about it once before we played them.

“It is the hardest work for us tomorrow and we will be ready for that.”

Klopp will be boosted by the return of Sadio Mane and Thiago Alcantara, who both missed their shock 7-2 defeat at Aston Villa immediately before the international break after testing positive for COVID-19.

There remains, however with players having flown back in from around the world this week, the potential for more positive tests with Naby Keita already unavailable after a coronavirus outbreak within the Guinea squad.

While there is no compunction to test players before the game Liverpool will do so, meaning Klopp has to prepare for late withdrawals ahead of the 12.30pm kickoff at Goodison Park.

“We make a decision, then sometimes we have to think over it again because something else comes in between,” he added.

“Most of the [international] FAs were very serious on their testing programmes. We brought most of the players back as much as we could in private planes where they don’t get in contact with anybody else.

“When you come back from international teams, you don’t have to do a test before you play in the Premier League but we do it and then we wait for the results.

“We would expect them to be negative.”

Klopp will again be without first-choice goalkeeper Alisson, who missed the defeat at Villa in which stand-in Adrian was at fault for the opening goal that set the tone for a sobering night.

The Reds boss was able to offer an encouraging update on the Brazil international’s recovery from a shoulder injury sustained in training which looks set to keep him out until next month.