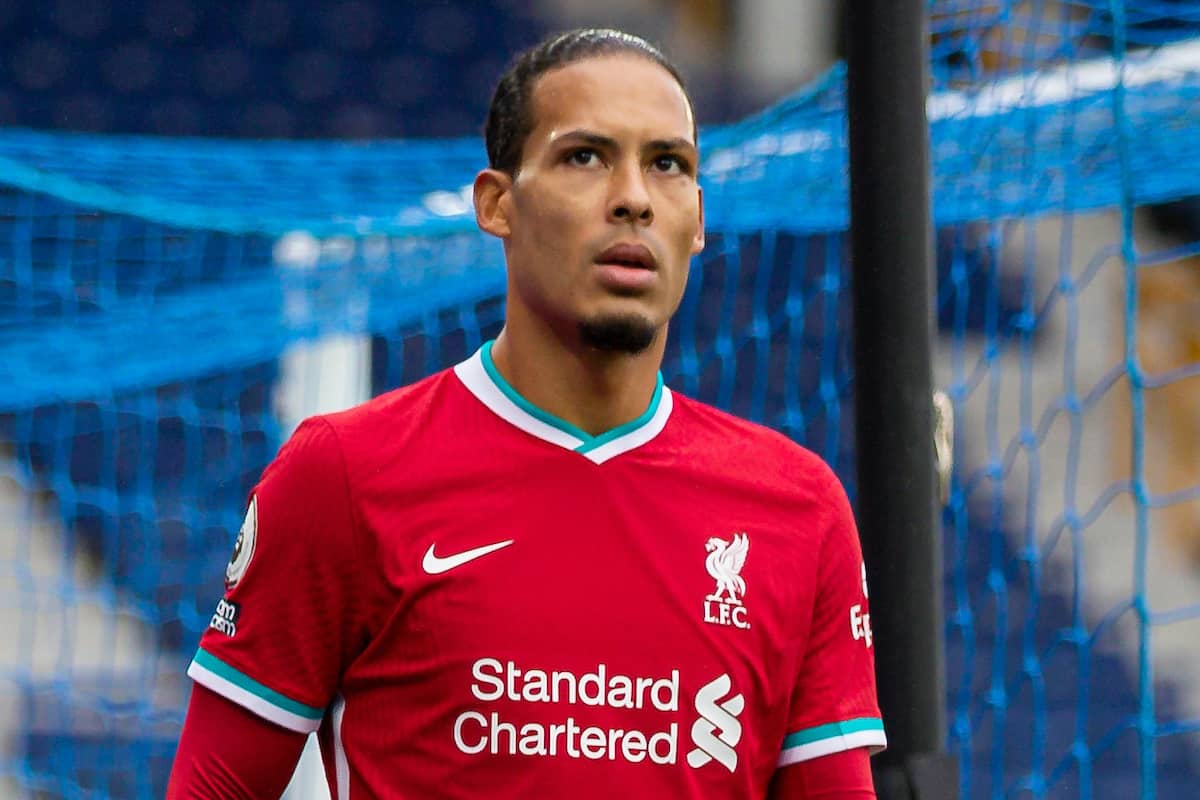 Liverpool have come through their first two games without the services of Virgil van Dijk by recording two wins and Jurgen Klopp expects further improvements with time.

The big Dutchman is likely going to miss the rest of the season due to the ACL injury suffered against Everton, meaning the likes of Joel Matip will have to step up. For now, with Matip also sidelined, Joe Gomez has been back in and performing well and Fabinho has excelled after dropping from midfield to the defence.

While Klopp is happy with their output so far, he made the point that all the defensive relationships have changed just by taking out one player: Gomez on the opposite side of the middle means the full-backs are playing next to new individuals and the partnerships in the centre are new, too.

As such, it takes time to develop an understanding – quite aside from the fact that there’s nobody as good as Virgil around in any case.

“[We’re coping] as good as possible. Every team n the world would miss Virgil. He is the best centre-half in the world,” Klopp pointed out to reporters.

“It’s not an easy thing to do. You play three days later [after his injury] the next game so you have to build your new line-up. [Van Dijk] plays pretty much all the games so it’s difficult because they all play with Virgil, but not often with each other.

“They did pretty well and will get better 100 per cent. Defending needs time to bring it on a specific level. For a start it was ok but we all expect…not perfection, but not too far from perfection.

“There’s space for improvement but that’s ok, everybody needs time to replace a massive player. So far we did ok.” 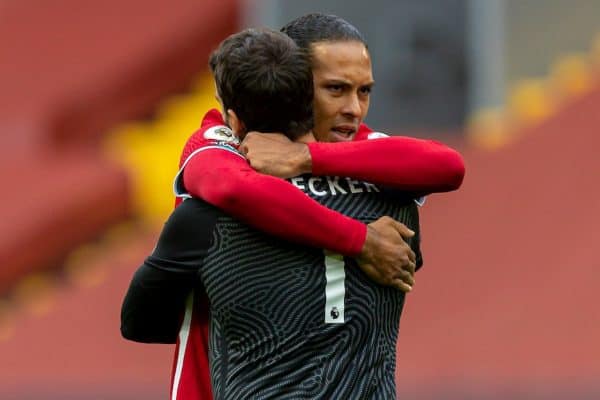 Goalkeeper Alisson is back in place behind that defensive line and he, too, acknowledges the fact that regardless of how well everyone else performs, teams will naturally miss an elite-level performer.

“Fab is doing well, he is really good as a centre-back. We miss Virgil, we can’t deny that, but we have the players to keep playing [the same way].

“But he’s one of the best in the world and when you don’t have those players on the pitch you’ll miss them, that’s a fact.”

Fabinho and Gomez are set to pair up for a third game when the Reds play in the Champions League on Tuesday night.