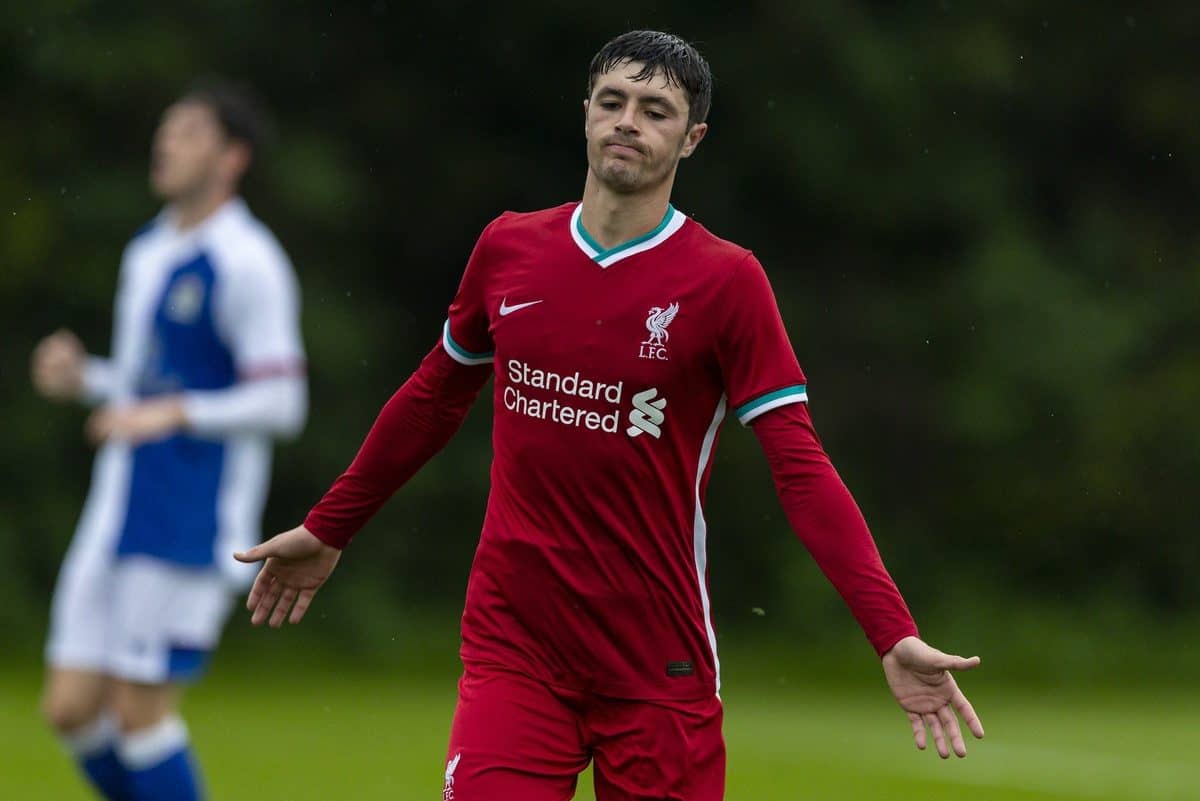 Layton Stewart brought his season’s tally to six goals after scoring his second hat-trick in three games for the Liverpool under-18s, as they beat Blackburn 3-0.

After a setback in their 3-1 loss at home to Man City the previous weekend, the young Reds looked to get back to winning ways with a trip to rainy Blackburn.

Marc Bridge-Wilkinson made three changes to his side from that humbling at Kirkby, with Billy Koumetio, Sean Wilson and Luca Stephenson replaced by Lee Jonas, Conor Bradley and Isaac Mabaya.

As their last game before the international break, it was a useful opportunity for Liverpool’s youngsters to make an impression, and Stewart certainly did that with a three-goal salvo.

Max Woltman, joining the 18-year-old in attack, was also particularly bright, and the versatile Scouser came closest for the young Reds in the early stages as he struck the post.

But Stewart made it 1-0 before the break with a deserved goal for Liverpool, beating Blackburn goalkeeper Aidan Dowling with a trademark composed finish. 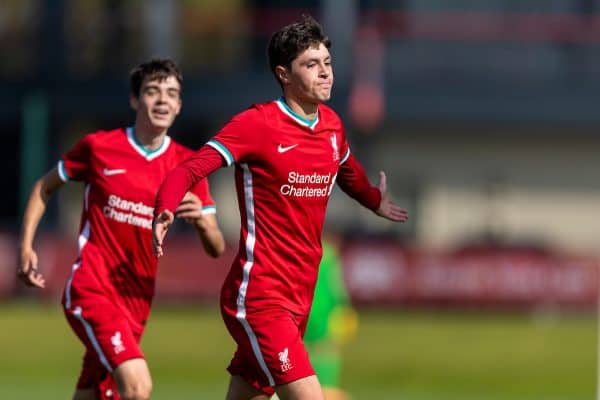 The second half saw the young Reds continue to dominate as the storms endured, and Woltman’s fine pass just before the hour saw Stewart through in the area, only to be brought down by an onrushing Dowling.

Stewart picked himself up and converted the resulting penalty, before completing his hat-trick nine minutes later by lobbing the ‘keeper on the volley after being found by the aptly-nicknamed ‘Wand’, Dominic Corness.

This was the second treble of the season so far for Stewart, who also scored three in the 5-0 thrashing of Stoke that kicked off the U18 Premier League campaign.

To some, it may be a surprise that the teenager is still part of the U18s squad, and that may change later in the month if the likes of Liam Millar and Ben Woodburn vacate the under-23s for loan moves as expected.

But for now, Stewart can keep shining for the U18s, safe in the knowledge that those within the club are watching his progress intently – and for a striker, keeping up these numbers is imperative to any breakthrough.