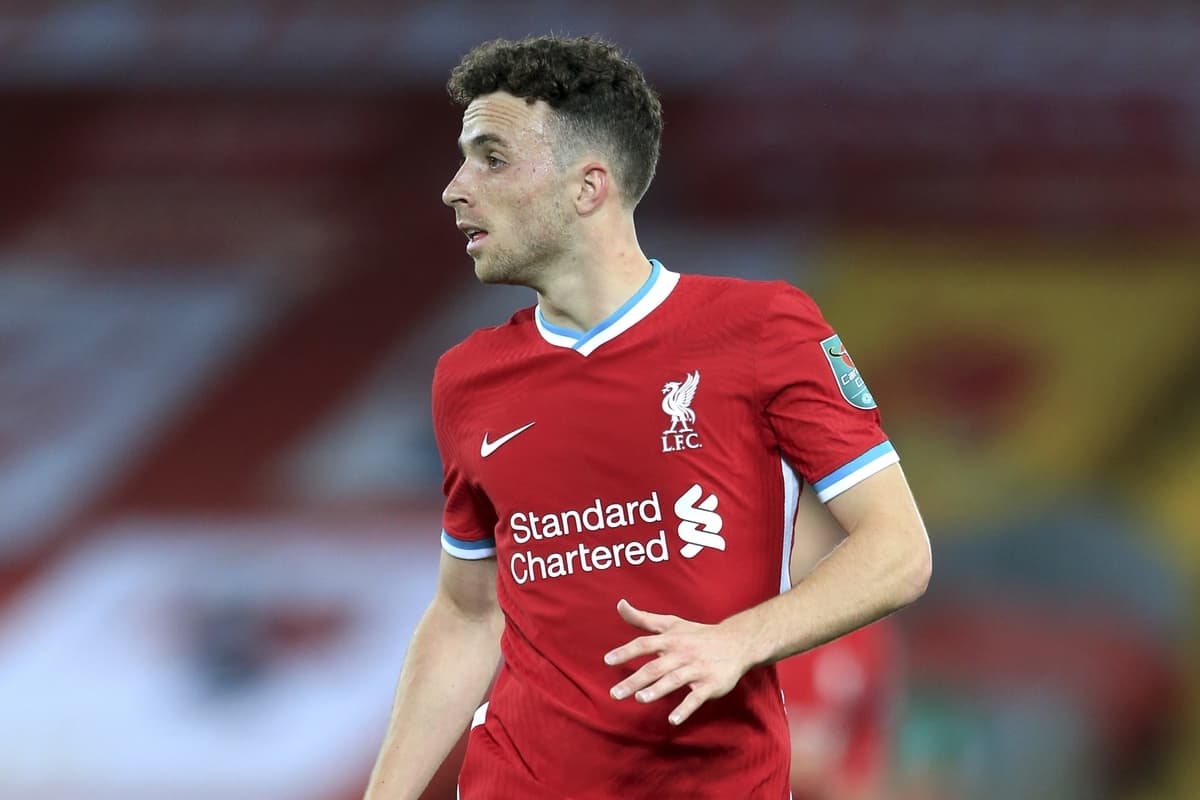 Liverpool exited the League Cup to Arsenal on Thursday night, but several Reds players were assessed positively at Anfield.

The Merseysiders took on Mike Arteta’s side for the second time this week, looking to clinch quickfire victories.

It didn’t happen, however, mostly due to an inspired performance from Arsenal goalkeeper Bernd Leno and two poor penalties from Liverpool in the eventual shootout.

Divock Origi and Harry Wilson were the individuals to miss for Liverpool and Joe Willock beat Adrian to send Arsenal through.

Here we compare our player ratings with those from the Liverpool Echo, The Redmen TV, WhoScored and the TIA readers. 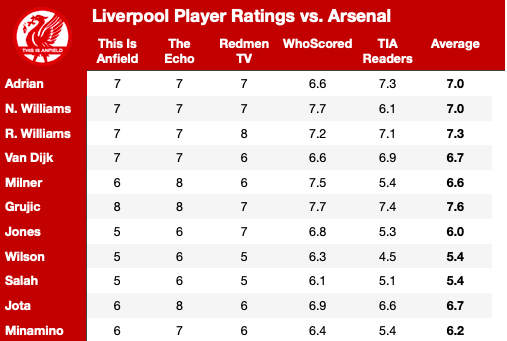 Marko Grujic (7.6) got the highest average rating, on what could be his final Liverpool appearance should he leave before the transfer window closes.

It may be that the Serb stays put, though, and on this evidence that would be no issue.

Jack Lusby gave Grujic TIA’s Man of the Match award, saying he “brought his usual brand of heavy-handed physicality to the No.6 role”, but was also “calm and expansive with his passing”.

The Echo‘s Ian Doyle was similarly impressed, handing the 24-year-old an eight-out-of-10 rating and claiming he “covered plenty of ground to plug the defensive gaps in midfield.”

Rhys Williams (7.3) was deemed the second-most impressive Liverpool player, performing with quality at the heart of the defence.

The young centre-back was “dominant in the air, comfortable on the ball and showed a range of passing”, according to Redmen TV.

In joint-third place were Adrian (7.0) and Neco Williams (7.0), both of whom came away with their heads held high.

Lusby picked out a “clever save to thwart Eddie Nketiah” as one of Adrian‘s high points, not to mention his stop to keep out Mohamed Elneny’s penalty in the shootout.

Williams, meanwhile, was “better than against Lincoln”, in Doyle’s opinion, having earned the support of his teammates earlier this week.

It was an evening to forget for Wilson (5.4), sadly, who actually shared the lowest rating with an ineffective Mohamed Salah (5.4).

Redmen TV thought the Welshman had “no standout moments”, with his decisive spot-kick miss proving costly on his full debut.

Liverpool take on Aston Villa in their next game, making the trip to Villa Park on Sunday evening (7.15pm BST) and looking to retain maximum points in the Premier League.