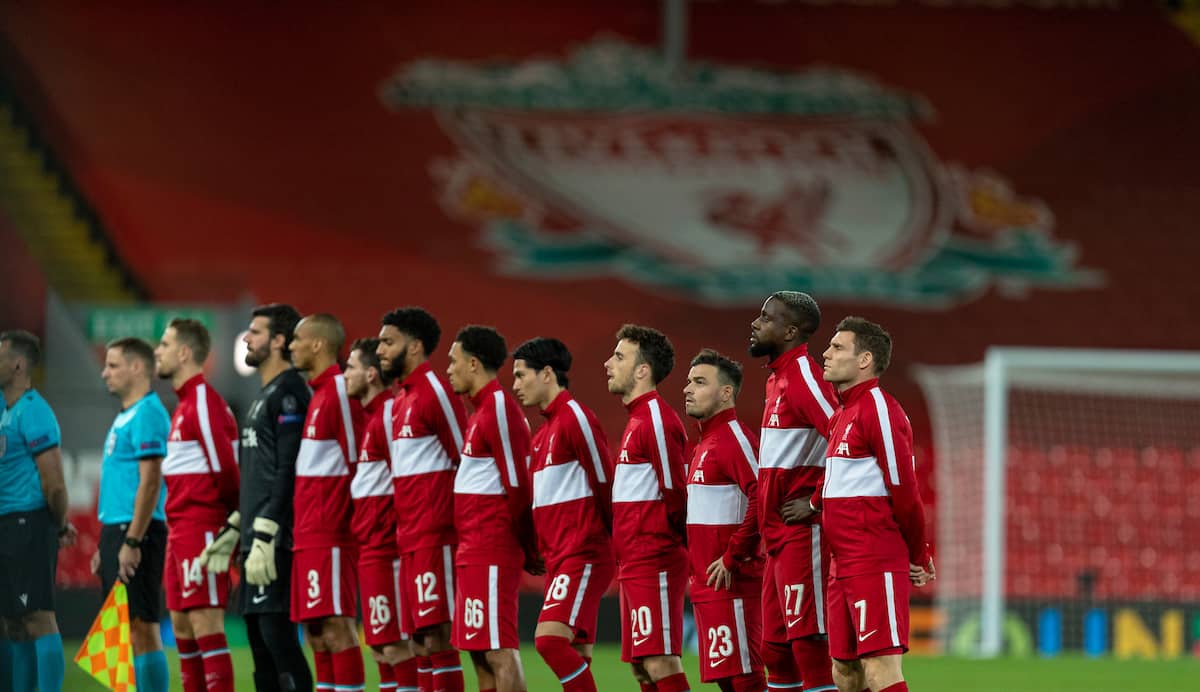 Liverpool made it two wins from two in Champions League games this season, but it wasn’t all plain sailing against Midtjylland.

Had to be well-positioned and alert to make a save from Anders Dreyer in the opening minutes.

Having him between the posts means Liverpool can get away with one or two of these occasions where the opposition are able to time their run and pass to beat the offside trap.

He’s a big, reassuring presence who gives confidence to the rest of the team and helps organise the defence. Also showed glimpses of his excellent passing ability.

Sat towards the Annie Road end tonight and can hear Alisson shouting to his defenders constantly. “Hold the line, hold the line. Come on Rhys. Push out, push out. Joe, Joe! KEEPER!” Absolutely vital he’s back with a young central defence playing #LFC #UCL #LIVFCM pic.twitter.com/eFmdr9J5st

Was among the brightest of Liverpool’s players in a poor first half, even if not everything he did came off.

He spotted Henderson’s run at a free-kick but overhit his pass, then later in the half made a nice run into the area couldn’t find the final ball.

He had no such trouble at the start of the second half, linking up with Shaqiri to create the opener.

Set up Firmino for a chance later on, from which the Brazilian should have scored but didn’t.

Didn’t have much to do before leaving the field with a hamstring injury on the half-hour mark.

A couple of early Van Dijk-esque diagonals went straight out of play on the opposite side. Part of the plan, but not one he executed well.

Settled into a more simple passing game after that and did well.

Made a good strong challenge on Sory Kaba early in the second half to assert his authority, and won seven aerial duels.

Bypassed easily by the tricky Anders Dreyer late in the game, but was let off the hook when the Dane’s subsequent shot hit the side-netting.

Found himself in a battle with Dreyer, who was Midtjylland’s best player on the night. The winger ran off his shoulder in behind giving Liverpool a scare in the opening stages.

Not as involved as Alexander-Arnold on the other side, but still set up a few shooting opportunities for his team-mates.

Steady, neat and tidy, finishing the first-half with a pass success of 95 percent. Not sure this role in the 4-2-3-1 is the one that suits him best, though.

He did reasonably well despite constant pressure from Midtjylland’s midfield, and played å nice pass for Minamino, sending Alexander-Arnold’s pass on to the next stop for one of the clearer chances of the first half.

Was taken off at half time with the weekend in mind. Klopp confirmed after the game the idea was for him to play 45 minutes.

Unsteady, not that tidy, finishing the game with a pass success of 79 percent. Not sure this role in the 4-2-3-1 is the one that suits him best, though.

The Englishman was sometimes a step behind his midfield opponents despite his usual high work rate and a couple of timely, if scrappy defensive interventions.

Looked much better when Klopp switched to a three-man midfield in the second half, and was asked to play the full 90 minutes. A valuable shift.

Lively on the occasions he could get involved in the first half, but they were too few and far between.

Played a key part in the goal, putting Alexander-Arnold in the position to set up Jota for the tap-in. Should get an assist himself, such was the importance of his pass.

An encouraging display, and looks like he could be a useful option from the right or as an advanced midfielder as the season goes on.

Not what you would have hoped for from the obviously talented and hard-working forward in his chance to deputise for Firmino.

Might have worked better in the No.10 position, and didn’t seem to work well with the other players who had come into the side, which wasn’t always his fault.

Showed the occasional good touch before being subbed on the hour mark.

Tapped in a goal showing some good anticipation and movement in the box to be in exactly the right place to turn home Alexander-Arnold’s cross.

Of the players who started, he looked the most suited to Liverpool’s current attack when the team is at full strength — a claim he has backed up with important goals in his last two games.

Wasn’t able to hold up the play as Liverpool cleared from the back, failing to provide an out-ball. Couldn’t seem to find his place in this much-changed Liverpool attack.

Played mostly from the left but looked sloppy and was ineffective.

Nice and composed in his second Champions League appearance and his first at Anfield, not that stadiums have much of an identity at the moment.

Comfortable enough on the ball, and a sizable presence in defence, but it remains to be seen whether he will be ready to step in full-time in the absence of Van Dijk, and now Fabinho.

Replaced Henderson as the steady, reliable midfield presence, playing as the deepest midfielder in a 4-3-3 as Liverpool changed their shape.

It was his pass that released Alexander-Arnold for the goal.

Looks a level above everyone else, especially when he enters the fray following uninspiring earlier performances from some of Liverpool’s attackers.

Despite this obvious quality, he also struggled to get into the game. But that all changed when he broke through lat on to win a penalty, which he took and scored himself.

Underrated as a target man, the Senegalese entered the fray to help Liverpool make more things stick in attack, but he couldn’t influence the game as much as he and his manager might have hoped.

Skied a shot into the stands after having a chance put on a plate for him by Alexander-Arnold. Might have been needed a bit earlier for his hold-up play. 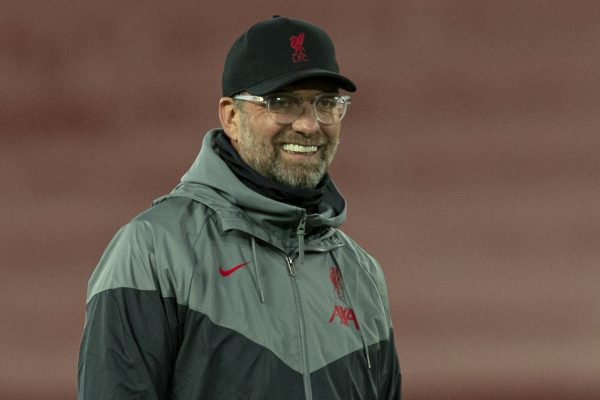 The Liverpool boss looked for familiarity at the back, but freshness at the front, looking to build consistency in his strongest available back four, while resting Salah, Mane, and Firmino.

This was soon disrupted when Fabinho was injured, and Rhys Willians had to replace him.

The 4-2-3-1 remained but Milner and Henderson seem to struggle as a double-pivot.

Looks like he desperately wants the crowd back so they can hold the players to account as much as he does, and so the Anfield atmosphere can drive on the intense counter-pressing style.

Despite the stodgy nature of these early games, Liverpool have won both. They are finding a way to win despite the unusual circumstances and the need for rotation, a change of shape, and personnel changes.