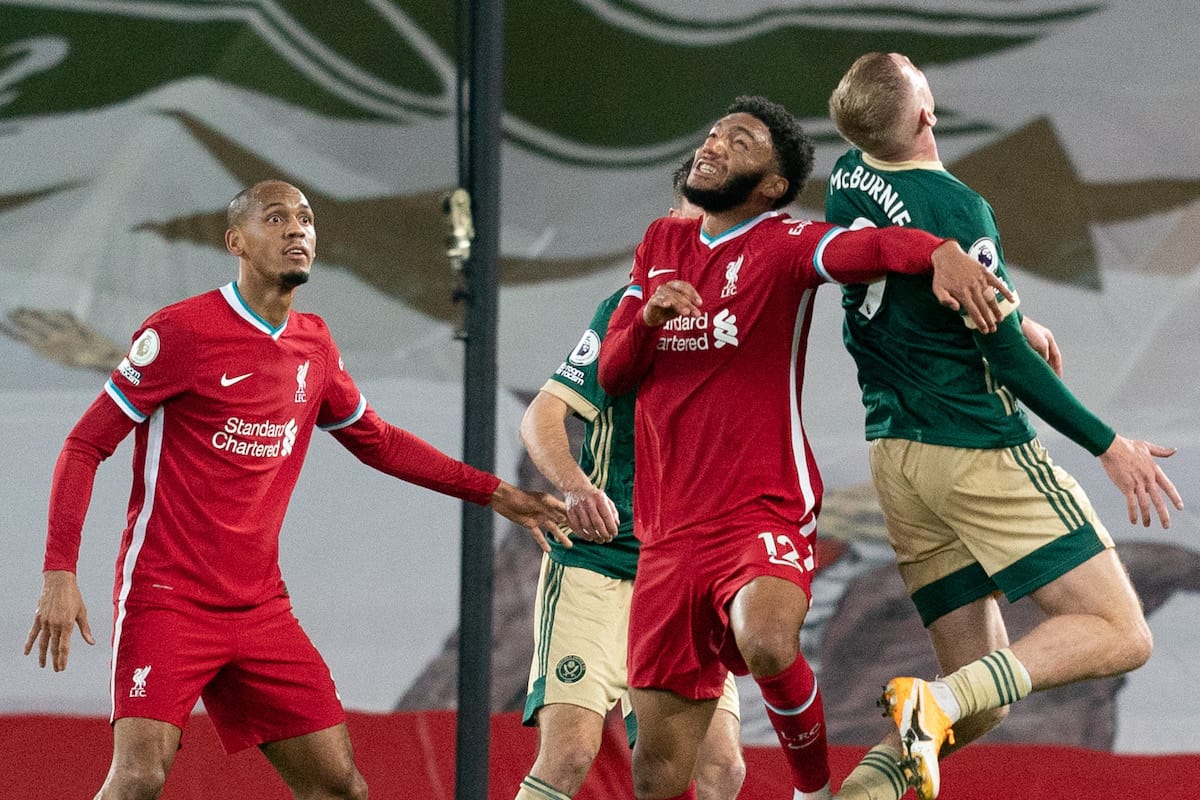 Liverpool battled their way to a 2-1 victory at home to Sheffield United on Saturday, with their attacking stars again shining the most.

The Reds were strong favourites to get the better of a Blades side stuck in the Premier League relegation zone, but they didn’t have things their own way at Anfield.

Sander Berge gave the visitors the lead from the penalty spot, after VAR harshly adjudged Fabinho to have fouled Oli McBurnie inside the area.

Liverpool responded impressively, however, and Roberto Firmino scored a rare Anfield goal before the break, tapping home from close-range.

Jurgen Klopp‘s champions were easily the better team in the second half and Diogo Jota earned them the win, heading home superbly in front of the Kop. 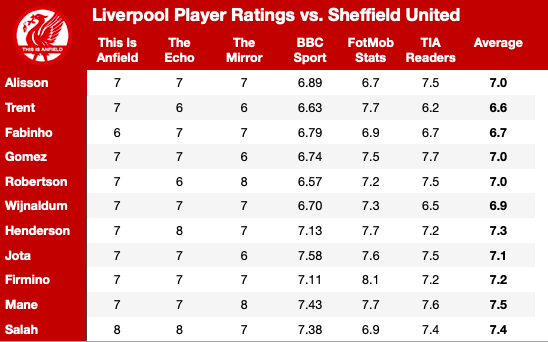 It was very tight when it came to the highest average rating, but Sadio Mane (7.5) was arguably the surprise winner.

The Senegalese had a good game, without question, but it did feel as though others around him played more starring roles.

That being said, the Mirror‘s David Maddock believed Mane was “always a massive handful for visitors”, also pointing out that he crossed for Jota to score the winner.

Mohamed Salah (7.4) was next up, as he continues his fantastic start to the season.

Henry Jackson gave him TIA’s Man of the Match award, highlighting that he “looked hungry throughout”, as well as using his “underrated strength” to good effect.

Ian Doyle felt Salah was “unlucky” to have a brilliant goal ruled out and hit the post later on, also praising his ability to “wear down the visitors”.

In third place was Jordan Henderson (7.3), who again showed exactly why Liverpool are so much better with him in the team.

Doyle thought the skipper “relished the task of covering so much ground” in a 4-2-3-1 formation, while FotMob noted that he enjoyed a 90 percent pass completion rate and made 10 recoveries.

There wasn’t a poor performer for the Reds, but Trent Alexander-Arnold (6.6) took home the wooden spoon, with Jackson saying the 22-year-old “looked susceptible” defensively.

Next up for Liverpool is the Champions League clash with Midtjylland at Anfield on Tuesday night (8pm GMT).