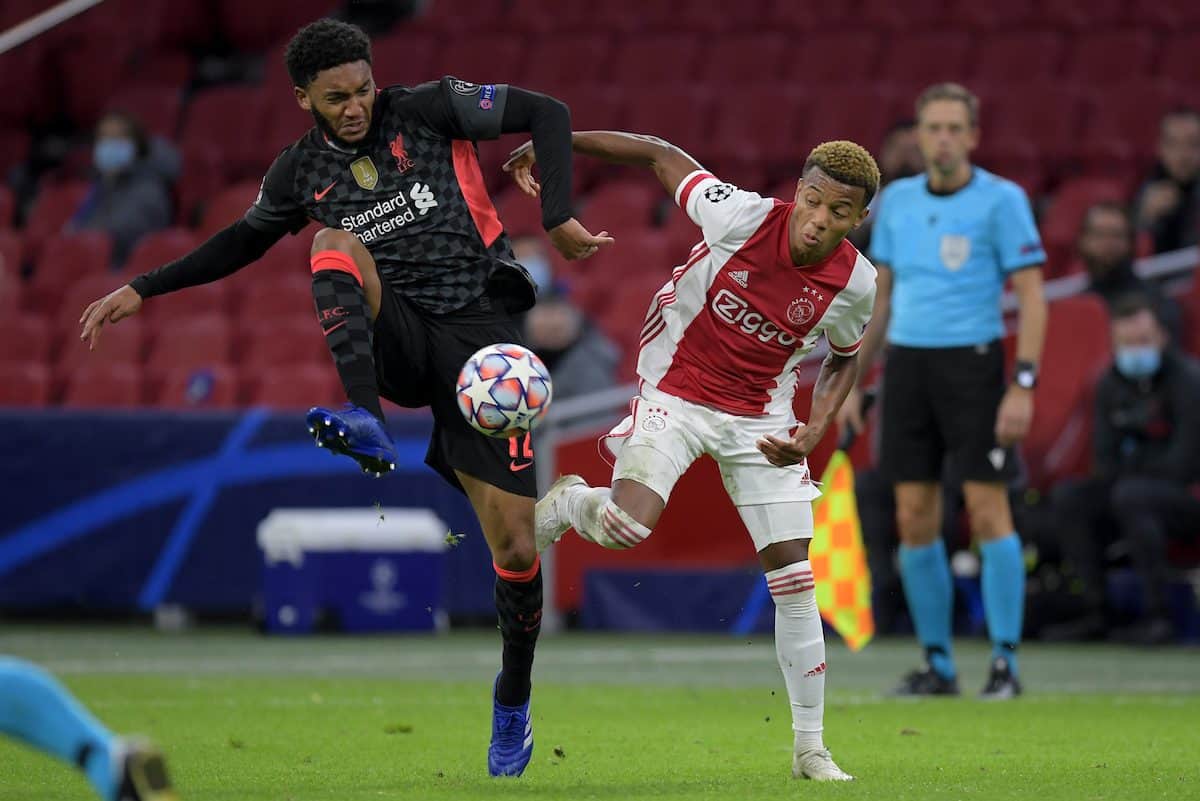 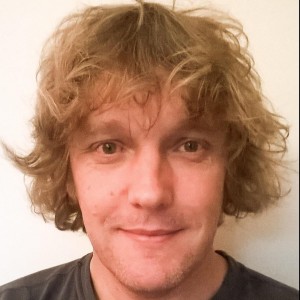 Liverpool went into their Champions League with a first-time centre-back partnership, but Fabinho and Joe Gomez showed there will still be life without Virgil van Dijk.

Once you absorb that, then you can move on to solving the huge problem of him not being there. You can fill the position he has vacated with another player, but you can’t replace him or the presence he exudes.

Van Dijk is a massive personality, the biggest in a squad of big personalities. We have lost a cornerstone of the side, arguably the most important cornerstone.

He is a player who is essentially the living embodiment of Jurgen Klopp, in the form of somebody who can walk onto the pitch and play.

Rather than replace Van Dijk, you must find an alternative plan.

Joe Gomez, Joel Matip, Fabinho? Two central defenders, maybe three? A change of formation or the shape remains, with an alteration of the way those roles are approached.

Rightful is the anger with regards to Jordan Pickford, but you can become so embattled with the recklessness and lack of justice – something that now cannot be altered – that it can affect the response. 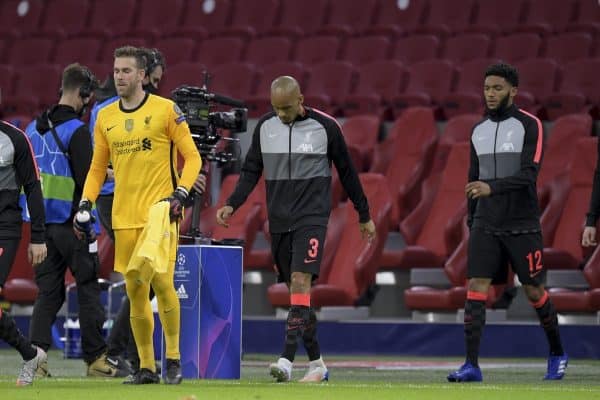 Losing Van Dijk is a gargantuan blow, but there must be a way of moving forward without him. A new alpha central defender will have to step forward, while the perceived support act will need to take on extra responsibilities.

We went through something similar 30 years ago when Alan Hansen missed most of the 1988/89 season, a campaign where Gary Gillespie suffered a string of niggling injuries and nobody had thought it a good idea to bring in a replacement for Mark Lawrenson when his career was brought to a premature end the previous season.

Back then, Gary Ablett stepped up to the challenge of being the unexpected central defensive kingpin in our hour of need. In the absence of Van Dijk, somebody’s reputation will be enhanced.

At the same time, a scapegoat will emerge. When we win, we will be self-congratulatory over a job well done, while in defeat it will always be because those who took to the pitch in central defence weren’t Van Dijk. It will be a polarising phenomenon.

Not easy, but Gomez, Matip and Fabinho will gain nothing from being compared to Van Dijk, whether we win, lose, or draw. It is just a case of them performing to their best capabilities.

Ajax and the beginning of our latest Champions League campaign was always going to be a tough first test of a Van Dijk-free Liverpool defence. All the more so, given that Matip was absent too.

This was grown-up football, though.

In Amsterdam, Fabinho was excellent, his goal-line clearance simply spectacular.

Wherever he is deployed, the thing about Fabinho is the intelligence of his positioning. He is a magnificent reader of the game. There is a calm authority and a steadfast refusal to be reactionary.

Fabinho is going to play an increased amount of games in central defence now. I wouldn’t want to see him pushed into the void left by Van Dijk, however.

He will be more effective if allowed to be the second responder. A sweeper in spirit, without the third central defender for protection.

This is the way that central defensive partnerships operate. A dominant first responder, a nominated or gravitational leader, plus the secondary one, who reads what the second scenario is going to be.

Given that Fabinho is likely to play in midfield if both Gomez and Matip are available, offset by the fact that Matip will pick up injuries here and there, then it makes sense that Gomez takes the first responder role.

He will be the constant at the heart of the Liverpool central defence now, while the identity of his partner alters on a regular basis. 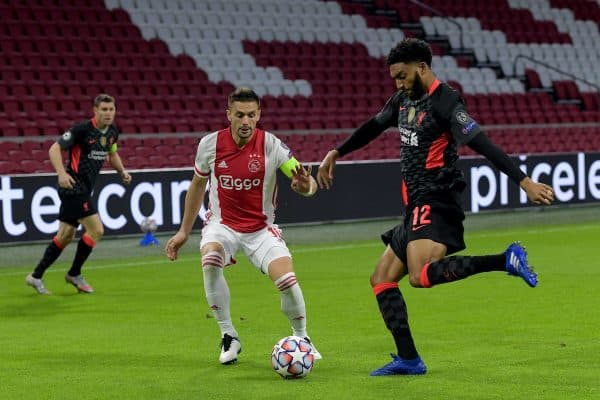 Within this, given Gomez’s form and confidence has dipped lately, it would be a leap of faith for both manager and player if he were handed such a huge obligation.

It could, however, be the making of his season and broader career.

With greater responsibility comes greater maturity. When Van Dijk returns, he will find that his counterparts will have grown as footballers.

The cliched concept that he will come back stronger once he has fully recovered can also be applicable to the whole defensive unit, providing a positive approach to dealing with Van Dijk’s absence is taken.

It is far from ideal that we have lost him, but we need to rise to the challenge with positivity and a degree of creativity. Try to defend as if Van Dijk is still there and we will come unstuck.

Victory at the Amsterdam ArenA was a testament to that potential positivity.

We went away to Ajax, without Van Dijk, without Matip and without Thiago, while Jordan Henderson sat and watched from the bench, and came home with three hugely valuable points.

Some of the game went very well for Liverpool, while some of it was endured. Fabinho’s goal-line clearance aside, Adrian made a cluster of saves that looked the part, without being ones he had no right to make.

Andy Robertson was excellent, Gini Wijnaldum worked tirelessly and as weird as it was to see the entire front three swapped midway through the second half, it gave Ajax enough to think about that they lost focus beyond the hour as the game ran away from them.

The first game without Van Dijk navigated in fine form, the trick is making this the rule, game in, game out – something that will take a collective responsibility, rather than the efforts of one superhero.