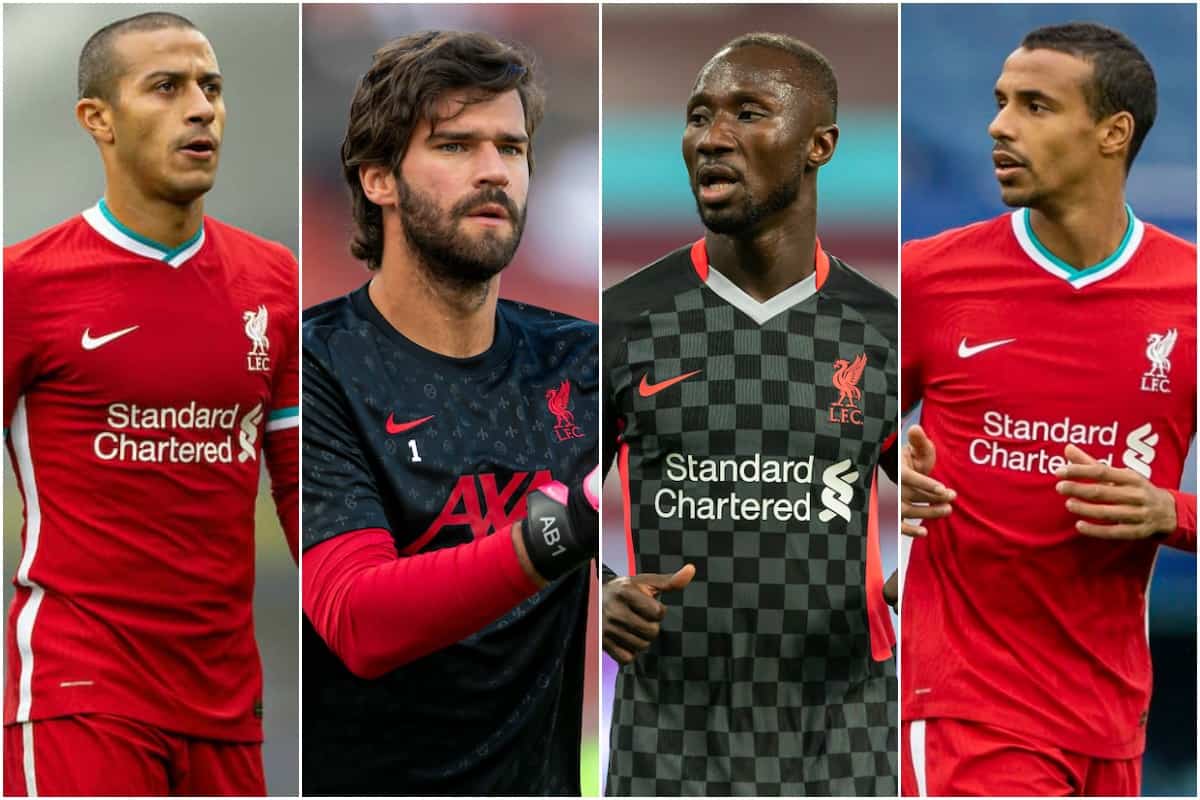 Jurgen Klopp has revealed Liverpool are taking it “day by day” with their injured cohort ahead of Sheffield United’s trip to Anfield on Saturday, but remains quiet on Thiago‘s potential return.

The Reds have not fared well with injury at the start of the 2020/21 season, with a number of key players having required time on the sidelines to date.

Virgil van Dijk was added to the long-term injury list having ruptured his ACL, while Alex Oxlade-Chamberlain remains on the comeback trail from a knee injury of his own sustained in pre-season.

They were, of course, absent for the Champions League win at Ajax in mid-week which was also missed by Kostas Tsimikas, Joel Matip, Thiago, Alisson and Naby Keita – ensuring Jurgen Klopp could name only 10 of 12 possible substitutes, which included two goalkeepers.

Prior to the matchup against Ajax, the boss had voiced his hope that “there’s a good chance” Matip could be involved against Sheffield United but the manager was quick to state that they are taking it “day by day” with the defender and the other three.

“With the others, apart from Ox or Virg and maybe Kostas, who gets closer and closer, but not in contention for this game or the next, all the others are day by day pretty much,” Klopp told reporters.

“We have conversations with the medical department for who makes sense and who it’s too early for.

“That’s the time we are in with the games we have, if somebody is injured for two weeks it could mean missing five games, and it is still not a serious injury but that’s it.

“That’s it, I don’t know in this moment who available. My last information was the boys who played other night they are all fine, all okay and the rest we will see.”

“We have training after the press conference, and you can only be in contention if you are in training. I don’t want to rule anyone out unless someone tells me different.”

While not stated explicitly, based on previous information Keita and Matip are the most likely to be in contention for a place in the matchday squad against the Blades with the former left out of the Ajax travelling party as a precaution.

Thiago, on the other hand, sustained a knee injury in the late and reckless challenge from Richarlison at Everton and while he “avoided serious injury,” a specific timeline has yet to be disclosed.

For Alisson, while “ahead of schedule in his recovery” from a shoulder issue he remains in line to return at the end of the month and just before the international break.