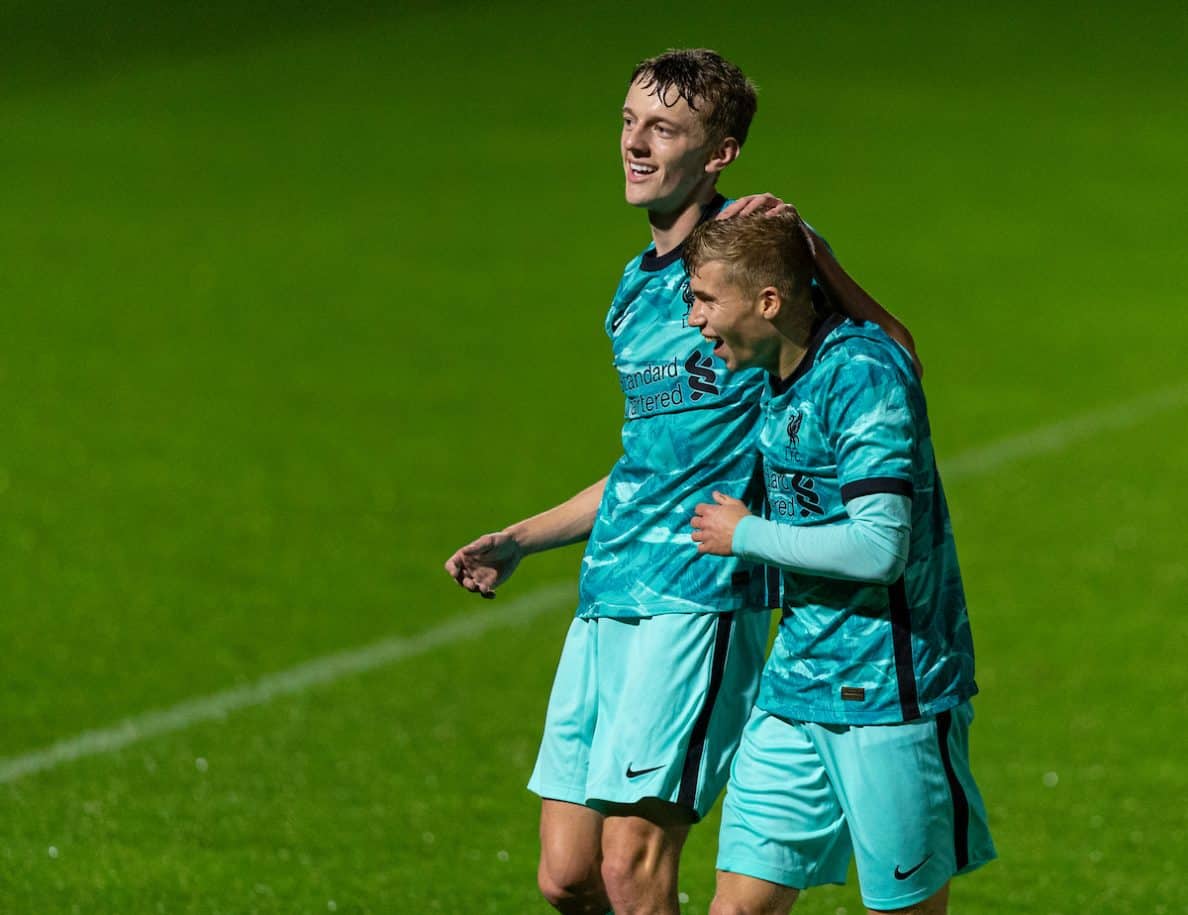 Liverpool under-23s enjoyed a solid 1-0 win over Arsenal on Friday night, with Tom Clayton scoring the only goal of the game as Paul Glatzel returned from injury.

Despite just a one-goal victory, Barry Lewtas‘ young side controlled the game against an Arsenal side that caused very few problems for the Reds.

Liverpool’s goal arrived from stand-in midfielder Clayton, who put in a tidy showing in command in the middle of the park.

In defence, Sepp van den Berg had a solid game too, although the Dutchman didn’t have too much to do, with Arsenal quite poor and often resorting to long balls, which Liverpool dealt well with.

In goal, Caoimhin Kelleher made two comfortable saves, while the Reds’ full-backs were efficient at their jobs.

Overall, it was a very solid team performance, but perhaps the standout was captain Liam Millar. The striker gave Arsenal‘s defence plenty of problems and controlled everything for Liverpool down the left. 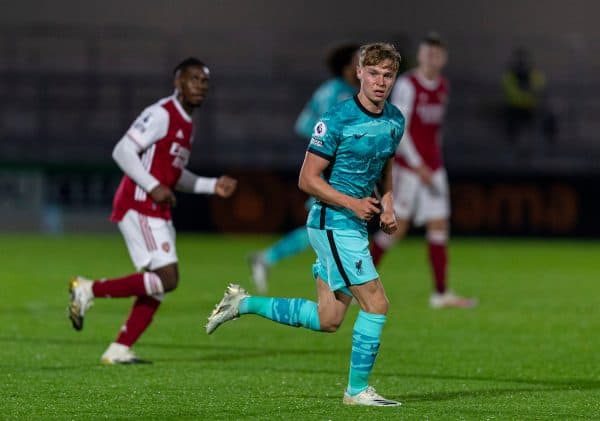 The match was also notable for Liverpool for the return of Glatzel (above), who made a 30-minute substitute appearance for his first competitive game back after an ACL injury that saw him sidelined for over a year.

The striker didn’t look like he’d been out so long, looking sharp and putting himself about, creating two half-chances for himself.

The win puts Lewtas’ side joint top of the Premier League 2 table, level on 12 points with Chelsea, having won four of their opening six games of the new season.