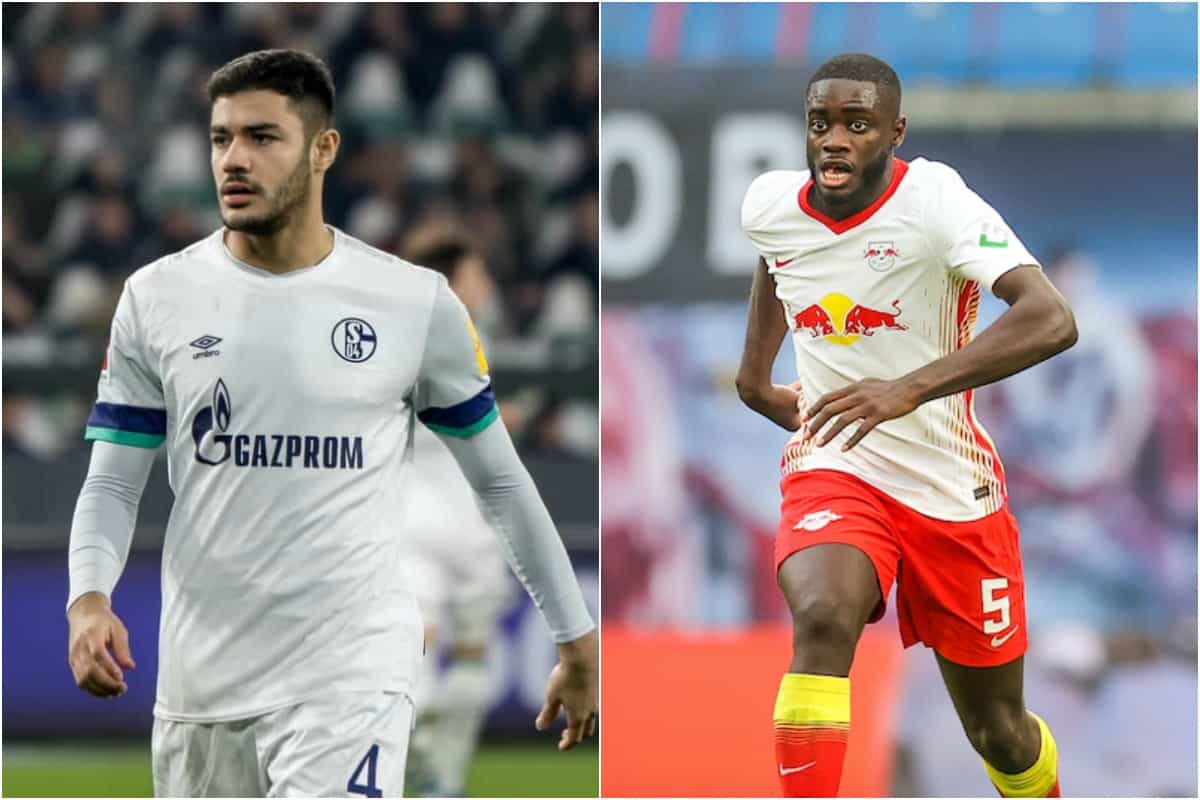 Ozan Kabak and Dayot Upamecano both play in the Bundesliga and both have been heavily linked with a move to Liverpool once the January transfer window opens.

Will the Reds look to add to their ranks after Virgil van Dijk‘s season-ending injury and, if so, which of the two could prove to be the better purchase for Jurgen Klopp‘s side come the new year?

The players themselves have had differing fortunes over the last 10 months – Kabak a part of a faltering and stuttering Schalke that haven’t enjoyed a league win since January, while Upamecano featured in RB Leipzig’s run to the Champions League semi-final.

For Liverpool, any potential recruit must be comfortable in possession, while also demonstrating an ability to transition from defence to attack in the blink of an eye.

Most of all, though, their defensive strengths must be those associated with a title-winning side.

With the Reds facing a gargantuan set of fixtures in close succession over the whole season, an injection of new blood into the ranks could prove vital if the quest for European and domestic glory is to be achieved.

Joining Schalke in the summer of 2019, the Turkish international had initially joined Stuttgart in January of the same year but impressive displays against Hannover, Gladbach and Wolfsburg soon earned him a move to one of Germany’s ‘big three’ clubs come the end of 2018/19.

Despite his lack of perceived defensive height, Kabak does command the air relatively well, especially from set-pieces, something which Liverpool have struggled with of late.

His age is often reflected in parts of his play still developing; the defender has been guilty of the occasional rash challenge – last-ditch when not necessarily needed – however, this is something that could be coached out by Klopp.

Schalke are in a woeful run of form. They haven’t tasted victory in the Bundesliga since January and have been on the receiving end of a few eyebrow-raising scorelines.

However, even in the face of heavy defeats, Kabak’s potential is still easy to recognise.

The fact he can also deputise in defensive midfield adds a level of versatility – something Klopp is keen for players to have, especially over a relentless and challenging campaign.

Under the care of David Wagner, the 20-year-old started the 2019/20 season as a bit-part player, but come matchday 10 he was an integral part of the Gelsenkirchen club’s starting XI.

Part of a team that flattered to deceive, a mixture of tactical problems and confidence shortfalls saw Schalke finish a lowly 12th, just eight points above the relegation zone.

The new season has seen them fare little better; Wagner was sacked after just two games and Kabak was suspended for an ugly altercation in the match versus Werder Bremen.

Eventually, he received a five-game suspension for a red card foul and a spitting incident – which was unseen by both the match referee and VAR.

Kabak is right-footed but happy to tackle with either foot.

Prior to his red card against Werder, his stats show an average of just one foul per game – when loaded against just how poor Schalke have been defensively it gives an indication that, overall, his concentration is at a higher level than those around him.

Predominately utilised as a right-sided centre-back, he can play centrally as part of a back three and can also play on the left side if required — the spot left vacant by Van Dijk’s absence.

Happy to carry the ball out of defence, he would also offer Liverpool the option to drive the ball forward immediately when play is turned over. 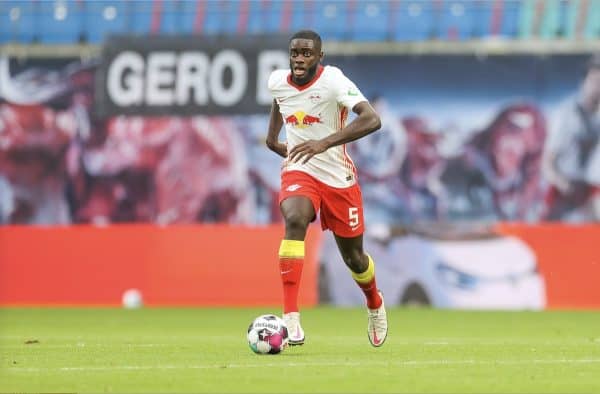 Of the two, Upamecano will be seen by many as the more refined and ready product for a Premier League side. Chased by both Arsenal and Man United in the past, the Frenchman would be a quality addition to any squad he joined.

Crucially for Liverpool, he operates on the left side of a Leipzig centre-back partnership, but can also play on the right should it be required.

Joining Leipzig in 2017 from sister club Salzburg, the Frenchman quickly developed into one of the best young defenders in Europe.

Described by ex-Leipzig sports director Ralf Rangnick as a wonderkid, Upamecano was lauded as someone who fitted perfectly into the club’s style and philosophy. 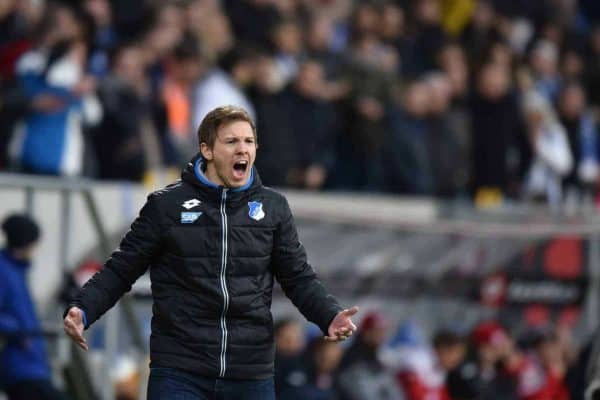 Under the close stewardship of Julian Nagelsmann, the 21-year-old has taken his game to the next level and, due to Leipzig’s fast and hectic style of play, his ability to press and read the game quickly would suit Klopp’s style to a tee.

Upamecano’s passing and tackling stats are up there with the best of the Bundesliga and fellow professionals from across Europe.

His ball recovery rate matches his retention ability and his aerial duel rating from open play beats that of both Van Dijk and Joel Matip.

The Leipzig defender has been given the label of an ‘elite defender’ for good reason.

Stats site WhoScored record ‘no significant weaknesses’ for the player, but a deep dive from The Athletic questioned whether he could adapt his game to play at a slower tempo, something Liverpool have moved towards during the non-stop 2020/21 campaign.

A standout performance against Atletico Madrid during the Champions League finals tournament in Lisbon saw him police Diego Costa out of the game, earning him a man of the match award from UEFA in the process.

Any negatives associated with Upamecano are minimal – and by already demonstrating an ability to perform at the highest level he should face an easier transition to a new environment should the opportunity present itself in January.

With both players’ ages and release clauses almost identical, the more sensible option for Liverpool would be Upamecano.

Having played for Leipzig, and being heavily involved in a Bundesliga title push and Champions League pursuit concurrently, his understanding of expectations would be higher than Kabak who has so far only tasted disappointment with Schalke.

However, if Liverpool are looking for a player who can deputise for a missing Van Dijk, then accept a lesser role once the Dutchman comes back, then Kabak could be the better avenue to pursue.

Most importantly for the Reds, they need a defender who can eventually replace Joel Matip and challenge Joe Gomez, but should the unthinkable happen – and Van Dijk’s recovery takes longer than expected or he never fully recovers – then Upamecano would fit the bill as a long-term solution.