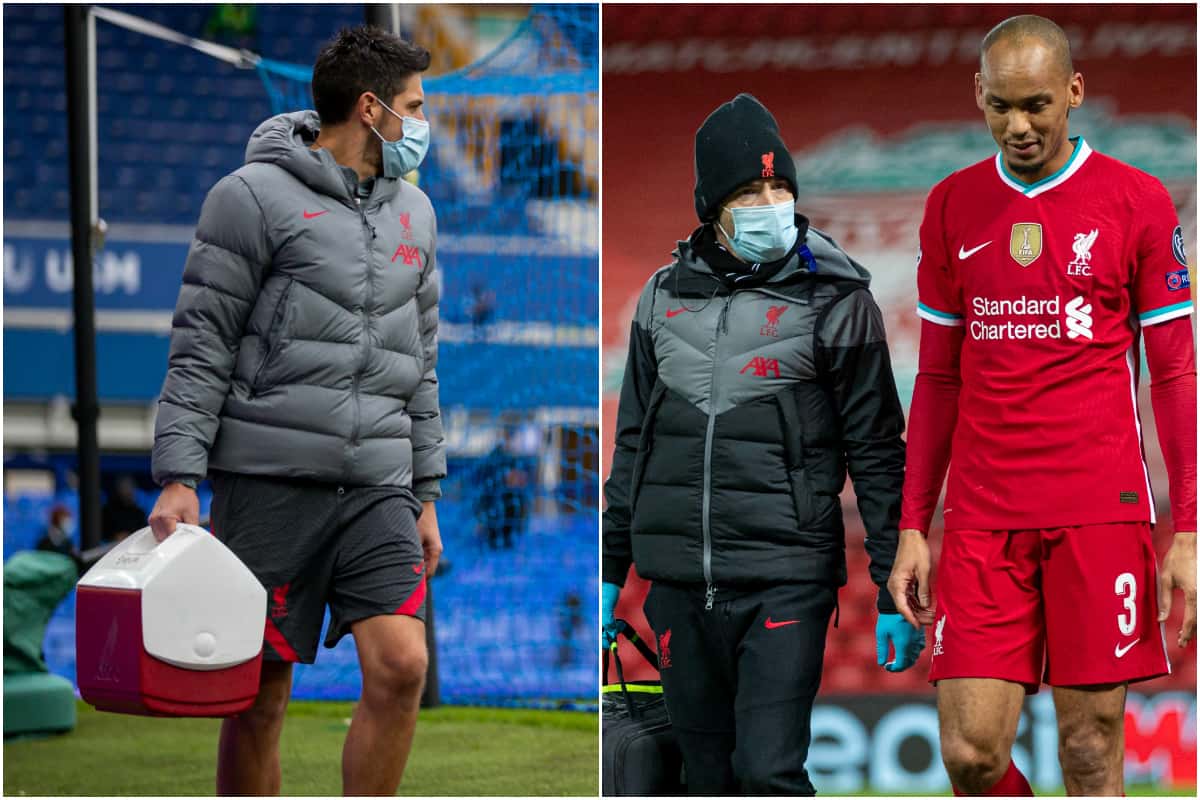 Liverpool’s new-look medical staff has been put through the ringer in recent weeks, with physio Steve Lilley, brought in from Man City, beginning a busy life with the Reds.

The Reds have been forced into a number of changes off the pitch of late, with club doctor Andy Massey departing along with physios Christopher Rohrbeck, Richie Partridge and Jose Luis Rodriguez.

It was also reported that medical rehabilitation and performance manager Philipp Jacobsen was set to depart, ensuring major changes were afoot in Jurgen Klopp‘s backroom.

The medical department is now fronted by club doctor Jim Moxon, promoted from the academy, and head of physiotherapy Lee Nobes, who joined the Reds from Man City in 2018.

With Nobes reshaping his team, he has brought in a former colleague from City in Lilley, who walked Virgil van Dijk off the pitch and into the treatment room following his knee injury in the Merseyside derby.

Van Dijk was attended to by Moxon and another summer recruit, the returning Chris Morgan, upon his collision with Jordan Pickford, and the group will now be tasked with overseeing his rehabilitation.

A big emphasis will be on their work, along with fitness coaches Conall Murtagh, David Rydings, Tom King and Jordan Fairclough, in restoring the likes of Fabinho, Joel Matip, Thiago and Alex Oxlade-Chamberlain to peak condition, too.

Lilley was with City for nine years, having joined as an academy physio in 2011, following a two-year stint with Norwich, being promoted to the first team at the Etihad in 2013.

The departure of Massey means that the entirety of the medical staff that Klopp inherited upon joining the Reds in 2015 has since moved on, albeit with Morgan now having rejoined from Arsenal. 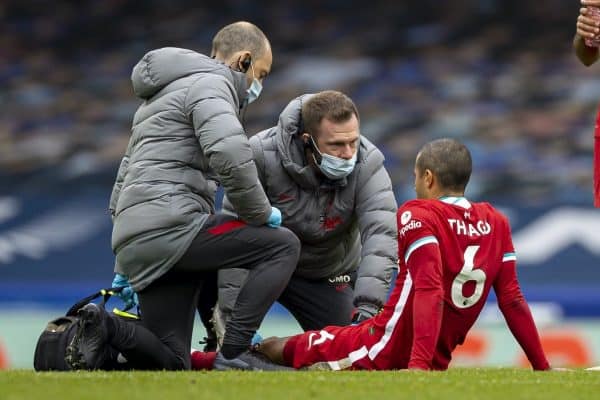 This summer was not the first time the manager has experienced an overhaul in this department, but it appears this time around it was not a conscious decision to do so.

It comes in arguably the most challenging season in memory, with injury more likely to occur as players are put through a relentless schedule due to a shortened campaign beginning in September.

“It’s this juggle all the time between the fit players, how much can they play, and when can we use the others again,” Klopp explained in the wake of Fabinho‘s injury.

There will be a faith in Nobes and his staff to do so, working alongside head of fitness and conditioning Andreas Kornmayer, as they help Liverpool through the next seven months as no doubt further setbacks arise.