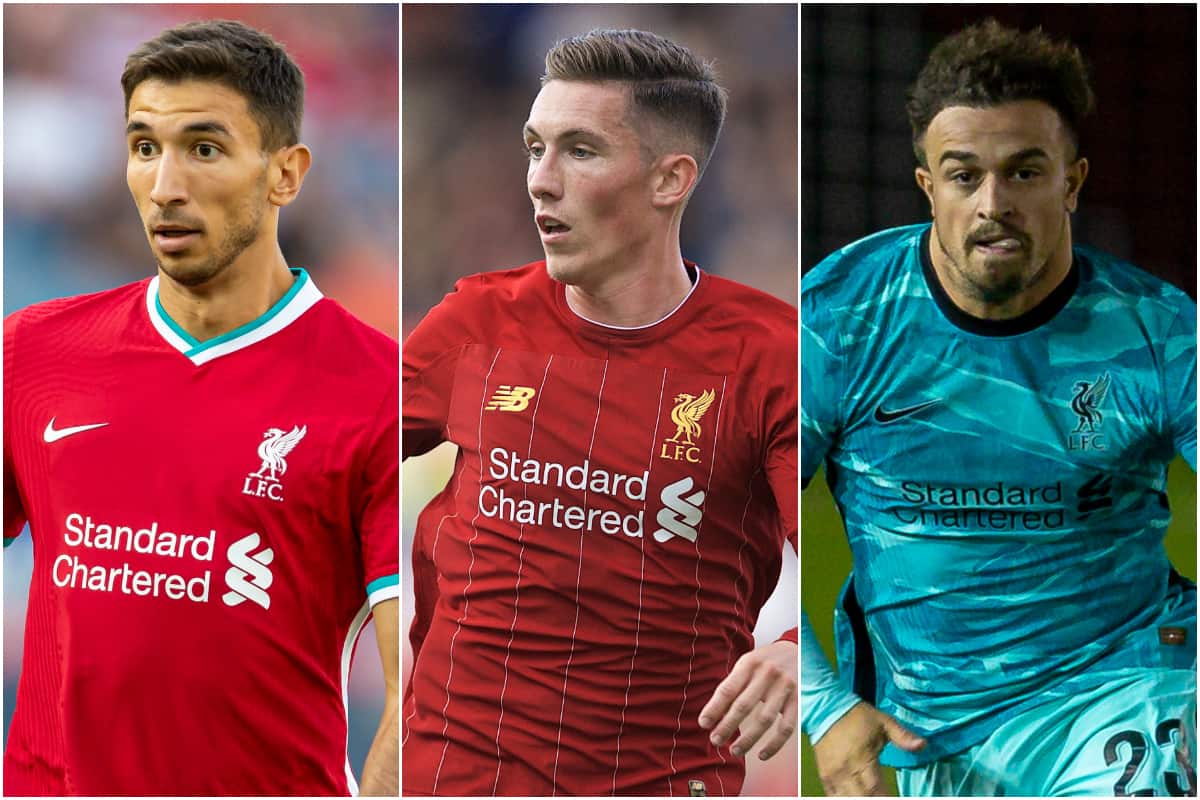 Liverpool have passed the transfer deadline without agreeing moves for Marko Grujic, Xherdan Shaqiri and Harry Wilson, with the trio set to stay with the first team.

The Reds made few changes to their senior squad throughout the summer, with Thiago, Diogo Jota and Kostas Tsimikas brought in while Dejan Lovren, Adam Lallana, Rhian Brewster, Ki-Jana Hoever and Andy Lonergan departed.

Loris Karius was among those to leave on loan as Jurgen Klopp cut down the numbers at Melwood, but as deadline day loomed the futures of a number of players were still uncertain.

Expected to leave were Grujic, Shaqiri and Wilson, while it was claimed at one stage in the summer that offers would be considered for Divock Origi, and that Sepp van den Berg could leave on loan.

But with the 11pm cutoff now gone, Liverpool can no longer conduct business with clubs outside of the Football League – with an extended October 16 deadline in place for moves between the Premier League and the lower leagues.

Borussia Monchengladbach, West Ham, Southampton, Hertha Berlin and Werder Bremen were among the clubs linked with Grujic, but no deal materialised.

Nor did any of Burnley, Leeds, Brighton or Fulham secure the signing of Wilson, while the approaches from unnamed clubs from Italy and Germany that saw Shaqiri left out of Liverpool’s latest League Cup squad did not amount to any significant bids.

It was not for want of trying from all parties, but the Reds’ determination to find value for their squad players, and not send them on loan, has ultimately left them staying on Merseyside.

All three were believed to have been valued at around £20 million.

Now they will be integrated into Klopp’s first-team squad until at least January, which could prove useful given the number of games Liverpool will play.

There are 18 more fixtures before the end of the year, split between the Premier League and Champions League, and while none of the trio are likely to compete for a regular role in either competition, they may be called upon if injury or illness strikes.

Klopp’s side has already been plagued by fitness issues since the start of the season back in August, while both Thiago and Sadio Mane have been required to self-isolate after testing positive for COVID-19.

Given the performances of Grujic and Shaqiri in particular in the League Cup, Klopp could extract some useful displays from the trio if needed.

It could be that Van den Berg still moves to a club in the Championship or below, as with the likes of Ben Woodburn, Nat Phillips, Herbie Kane, Liam Millar and Yasser Larouci, with loans and permanent moves still permitted.

But there is no chance of any of Grujic, Shaqiri or Wilson dropping down the tiers in England, so they will be sticking around at Liverpool.