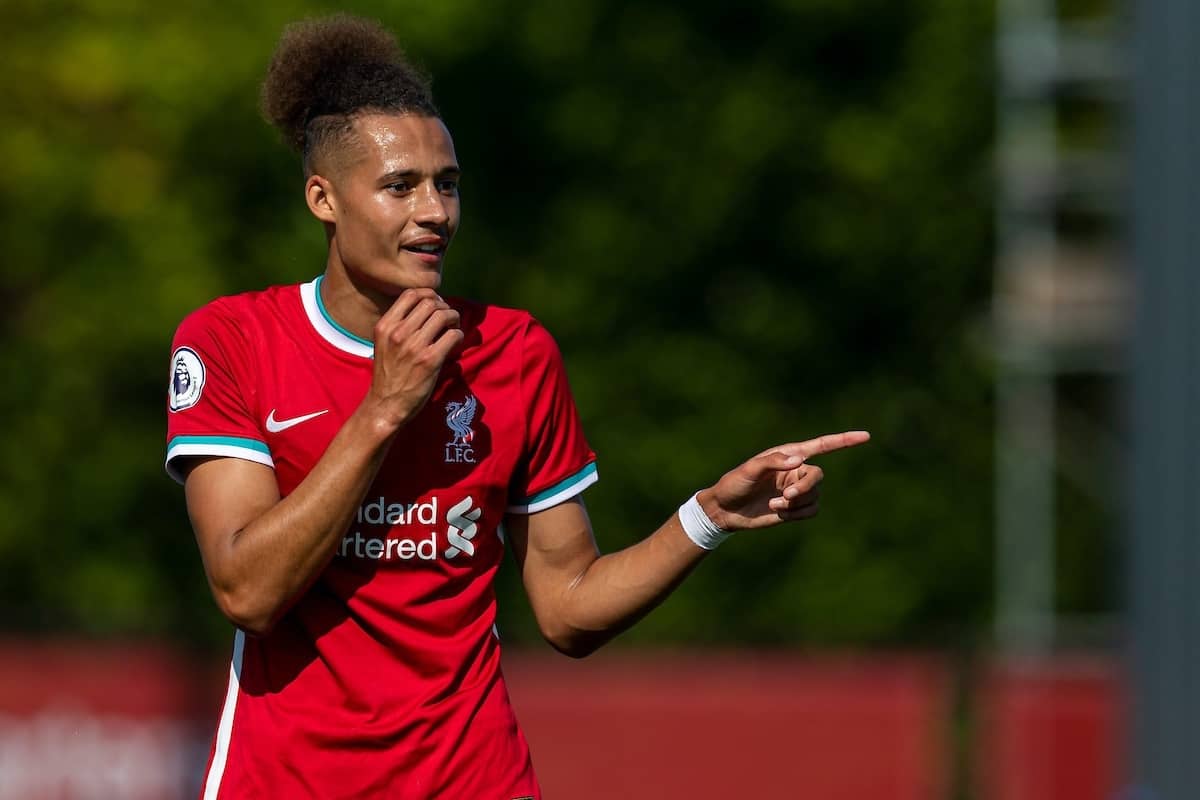 Liverpool centre-back Rhys Williams has been called up to the England U21s squad to take on Andorra and Turkey, reflecting the “high hopes” Jurgen Klopp has for him.

It has been a dream week-and-a-half for Williams, who was a surprise inclusion in the Reds’ starting lineup as they surged to a 7-2 win over Lincoln in the League Cup.

The 19-year-old has stayed as a regular in first-team training at Melwood, and kept his place for the fourth-round defeat to Arsenal in the same competition, impressing in his 90-minute display.

After both games, Klopp praised Williams for his efforts, and ahead of the October international break he was named in Lee Carsley’s England under-20 squad for a friendly against Wales.

But now the lofty centre-back has been drafted into the U21s squad instead, having caught the eye of Aidy Boothroyd with his mature displays against Lincoln and Arsenal.

There is a strong chance of Williams featuring in the U21 Euro qualifiers against Andorra (Oct 7) and Turkey (Oct 13), though he faces competition from Ben Godfrey, Marc Guehi and Jonathan Panzo.

Either way, this call-up is a marker of progress made for a teenager who last season was on loan with non-league side Kidderminster Harriers.

Such is the faith in Williams and Billy Koumetio, who is part of the France under-19s squad to play Germany in two friendlies, that Liverpool have forgone signing a new centre-back after the departure of Dejan Lovren.

Instead, Fabinho is now effectively fourth choice behind Virgil van Dijk, Joe Gomez and Joel Matip, and there is a likelihood that Williams and Koumetio will be part of the squad at stages throughout the season.

The Athletic‘s James Pearce has explained that the club have “high hopes” for the young defenders, with the indication being that Williams will stay as part of the first team.

Chesterfield manager John Pemberton has admitted he is looking to bring Williams in on loan before the extended transfer deadline on October 16, but it is highly unlikely he will be sent to the fifth tier.