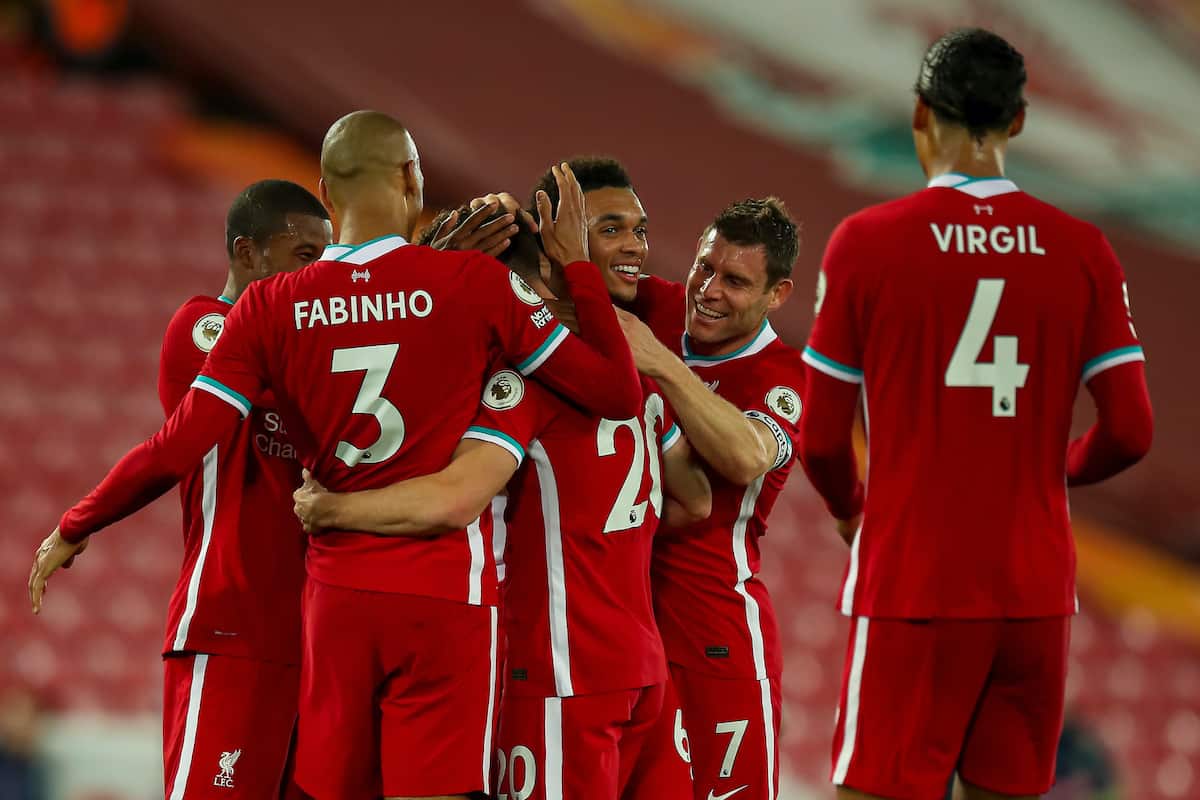 Liverpool kicked off October with a miserable loss and a quiet transfer deadline day, but now face a busy rest of the month after a frustratingly timed international break.

The Reds began the month with a League Cup exit to Arsenal and a 7-2 defeat at Aston Villa, the first time they have conceded seven in any game since a loss of the same scoreline to Tottenham in 1963.

Jurgen Klopp lamented the timing of the humiliation more than anything as he spoke to reporters from Villa Park, as now the majority of his first team departs for the second international break of the season.

That would typically take up the bulk of a month in terms of fixtures, but Liverpool will return to play five more games before the end of October.

There are also eight games to look forward across the under-23s, under-18s and women’s sides, including a League Cup clash at home to Man United and a Merseyside derby.

Here are Liverpool’s key dates for the diary for the rest of October.

Incredibly, despite the ongoing and, in many cases, escalating global pandemic, the international calendar is going ahead as scheduled for most nations.

Not only that, but many FAs have organised friendlies in addition to World Cup qualifiers and UEFA Nations League clashes, with England among those as they play Wales, Belgium and Denmark at Wembley.

It is a ridiculous situation given the increased demand on players in a shortened campaign, but perhaps more farcical is that Fabinho and Roberto Firmino will travel to Brazil and Peru.

The Liverpool squad are due to return to Melwood on October 15, but the Brazilian duo are unlikely to be back until the following day, and requiring a COVID-19 test will leave it down to the wire to discover if they can play the Reds’ next game.

With any luck, however, both Thiago and Sadio Mane will be back in the fold after their periods of self-isolation.

Though the international transfer window closed on October 5, the Premier League and Football League agreed to an extended deadline for deals between clubs in the top flight and the lower leagues.

This means Liverpool could remain busy for another 11 days, as they look to find temporary and permanent clubs for a host of youngsters and fringe players.

Among those will be Nat Phillips, Liam Millar, Ben Woodburn, Yasser Larouci and Herbie Kane, with the majority likely to land in the Championship, though moves to League One are possible for others.

After a historic defeat at Villa Park, a two-week wait until the Merseyside derby is not an ideal situation for Liverpool, but the trip to Goodison should be motivation to right their wrongs.

Everton went into the international break top of the Premier League, having won all four of their games so far, with Carlo Ancelotti’s strengthened side impressing in the early weeks.

Victory in the derby would be the perfect tonic. 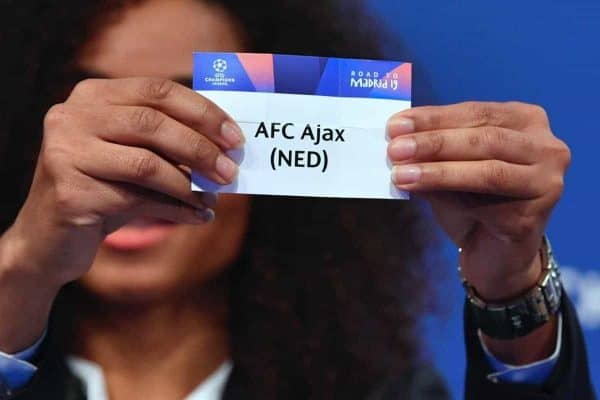 Liverpool are back in the Champions League this month and their first game serves up their first clash with Ajax since 1966.

Erik ten Hag’s side won the Eredivisie last season, but are currently fifth in the table having won three and lost one in their opening four games.

It is one of the most attractive games in the Champions League this season, and Liverpool will be looking to get off to a bright start having dropped out at the last-16 stage in 2019/20.

The visit of Sheffield United in the Premier League would have been the first game played in front of fans at Anfield since March, but government ruling has put paid to that.

It will still be an exciting clash, though, and one that could see Rhian Brewster feature against his old club, having swapping Liverpool for United in a £23.5 million deal at the start of the month.

Unlike Ajax, Liverpool have never played FC Midtjylland in their history, but the Danish club are one of the most interesting sides in this season’s Champions League and could pose a stern test.

This is Midtjylland’s first-ever season in the Champions League proper, and they will be looking to make a mark.

Liverpool close out the month on Halloween night with the visit of David Moyes’ West Ham, who have been in solid form in recent weeks, notching 4-0 and 3-0 wins over Wolves and Leicester respectively.

Klopp is yet to lose in any of his five games against Moyes so far, and the Reds haven’t lost to the Hammers in their last eight meetings, including six wins.