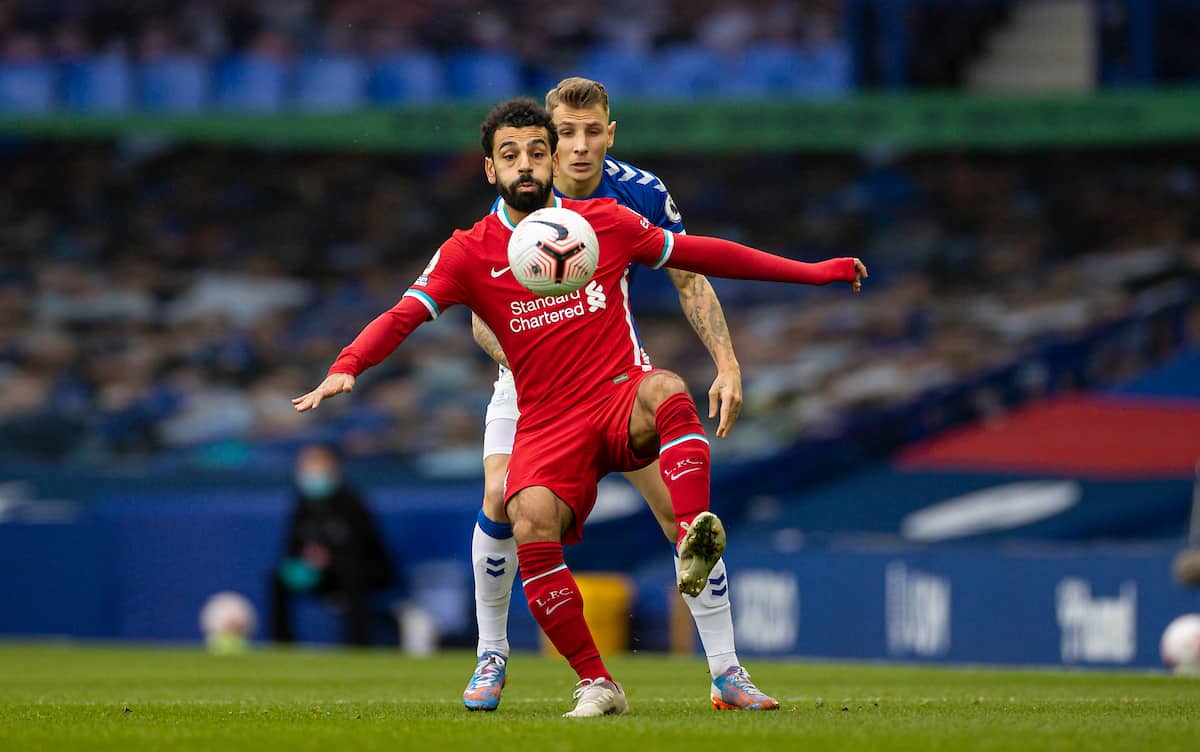 Drama and questionable refereeing decisions dominated the Premier League clash as Liverpool and Everton played out a 2-2 draw at Goodison Park.

After an enforced break due to international exploits, Liverpool were back in Premier League action across Stanley Park for the 237th Merseyside derby.

A wounded Reds outfit intent on avenging their last result met a Blues side flying high after an unbeaten start to the campaign, and the fixture saw Thiago, Sadio Mane, Jordan Henderson and Joel Matip all named from the off.

And it was Liverpool’s No. 10 who got his side off to the ideal start from close range after some exceptional build-up, an immediate indication that the Reds were out to right their previous wrong.

But while the intensity continued to rise and pressure mounted on Everton’s defence, a disgraceful challenge from Jordan Pickford on Virgil van Dijk forced his substitution with a worrisome knee injury.

Incredibly, no punishment came the ‘keepers’ way as the Dutchman was deemed offside in the play leading up to what cannot even be deemed a challenge.

With the defence requiring a reshuffle, Everton capitalised from a corner as Michael Keane rose uncontested to steer his effort beyond Adrian who could only get his fingertips to it.

Slick and efficient ball movement continued for the Reds and a myriad of chances came the way of Mane and Mohamed Salah, but the final finish was lacking to see the scores level at the break.

It was the Blues who would start the second with more cohesion, with Klopp’s side requiring time to find their touch and settle once more.

Richarlison and Dominic Calvert-Lewin both found openings for the hosts as the defence continued to leave gaps for Carlo Ancelotti’s side to exploit.

But, out of nowhere, the quality of Salah shone through as he leathered home his 100th goal for Liverpool in stunning fashion – becoming the third-quickest player to reach the milestone for the Reds in what was his 159th game.

Controversy ensued in the final stages after Calvert-Lewin equalised, with Richarlison given a straight red for a potential leg-breaking challenge on Thiago before the Spaniard then triggered a move which would see Henderson net the winner, or so we thought.

VAR would come into play and deem Mane offside in the build-up, where to the naked eye no one could decipher this to be true – forcing Liverpool to count their casualties and take home a single point.