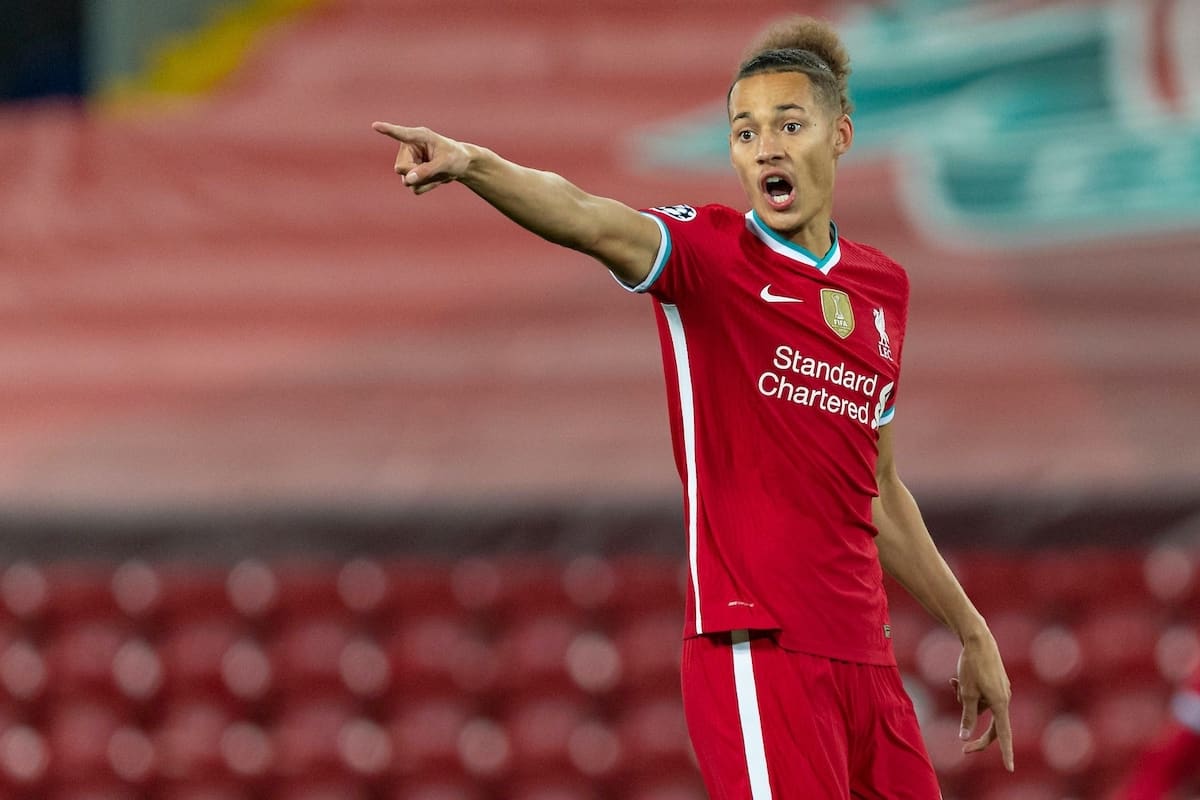 Rhys Williams and Diogo Jota both start for Liverpool tonight as they look to secure a third consecutive win in the Champions League group stage away to Atalanta.

The Reds have already sealed victories over Ajax and Midtjylland in Group D, and would record a historic treble if they are able to vanquish their first-time opponents this evening.

Never before have Liverpool won their first three group games in the Champions League, but come up against an unfamiliar foe at the Stadio di Bergamo, having never previously taken on Atalanta.

With Man City to come on Sunday in the Premier League, Jurgen Klopp has again rotated his side for midweek, knowing he can make five changes during the game.

Alisson remains in goal, with the Brazilian behind a back four of Trent Alexander-Arnold, Rhys Williams, Joe Gomez and Andy Robertson.

In midfield, Jordan Henderson is set to take up the deep-lying role, with the captain supported by Curtis Jones and Gini Wijnaldum.

And Klopp has named Mohamed Salah, Sadio Mane and Diogo Jota in attack, as Liverpool look to establish a strong lead at the top of their group.

Injuries have limited the options at Klopp’s disposal, but he still has the likes of Joel Matip, Naby Keita and Roberto Firmino on his substitutes’ bench, along with academy midfielder Jake Cain.

The manager is likely to use as five available substitutions again, as he manages the fitness of his squad leading up to arguably the biggest game of the season yet this weekend. 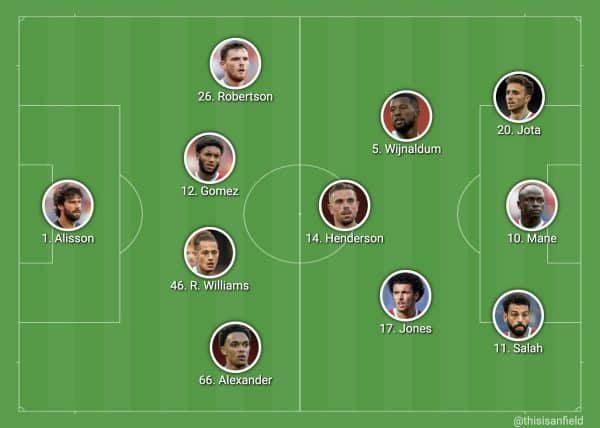